Yo! It’s been a while since I showed off some of the new records and movies I’ve been picking up. I recently got a huge new TV for my living room, so I’ve ramped up my movie purchases. There have been some awesome vinyl re-releases and sales as of late, so I’ve got a lot of those too. All of this stuff was acquired over the past few months. 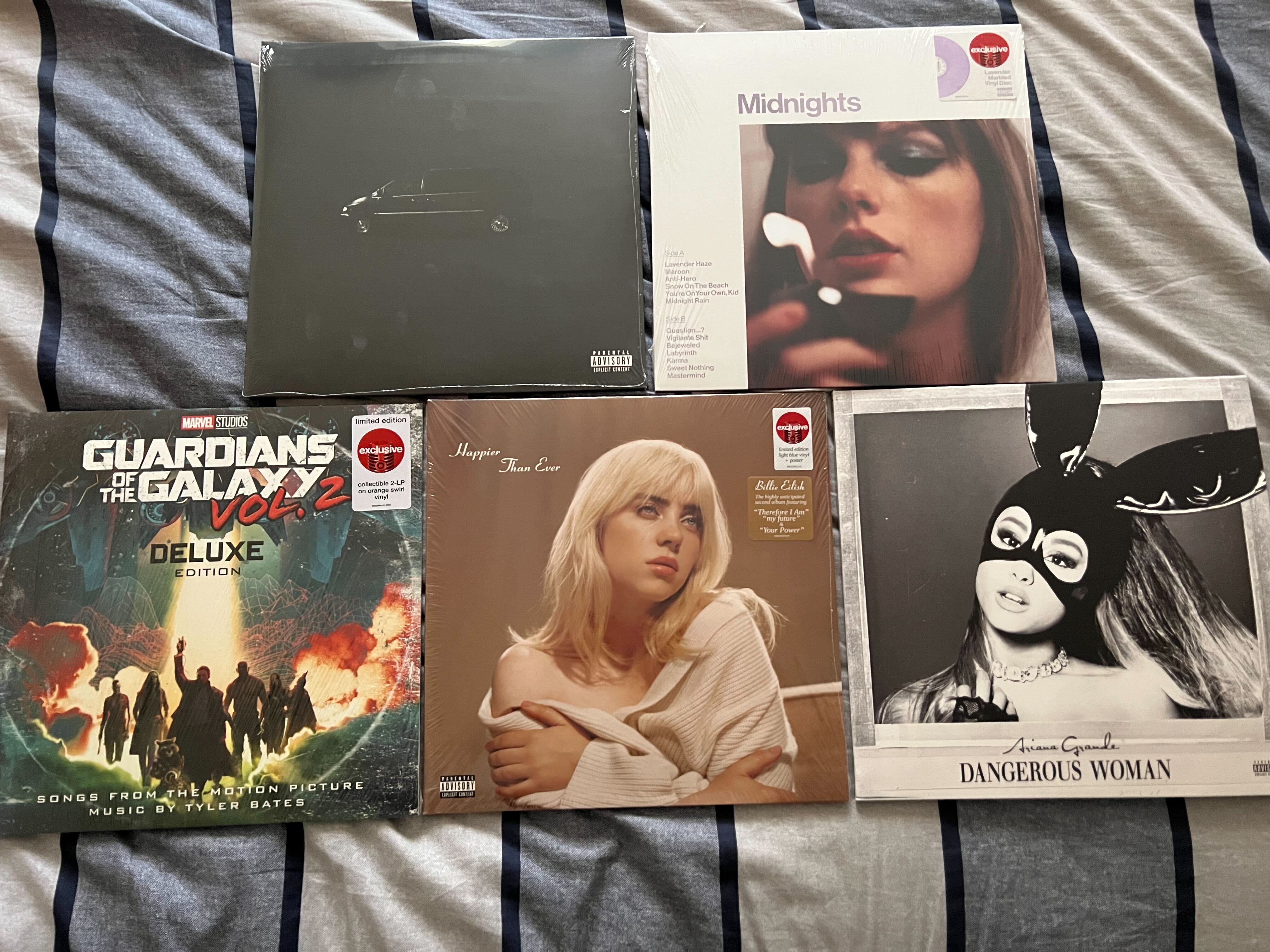 Some strong mixed vibes here. I love my moody pop, so of course I had to snag Midnights and Happier Than Ever. I’ve actually only heard one song from the Billie Eilish album, but I thought it would be cool to pick up the record for my first full listening. Dangerous Woman is one of Ariana’s best albums, and I’ve been waiting for a special edition re-release to add it to my collection. good kid m.A.A.d city is one of the best hip hop albums ever in my opinion, and I had it on constant rotation back in high school, so I jumped at the limited edition anniversary release. 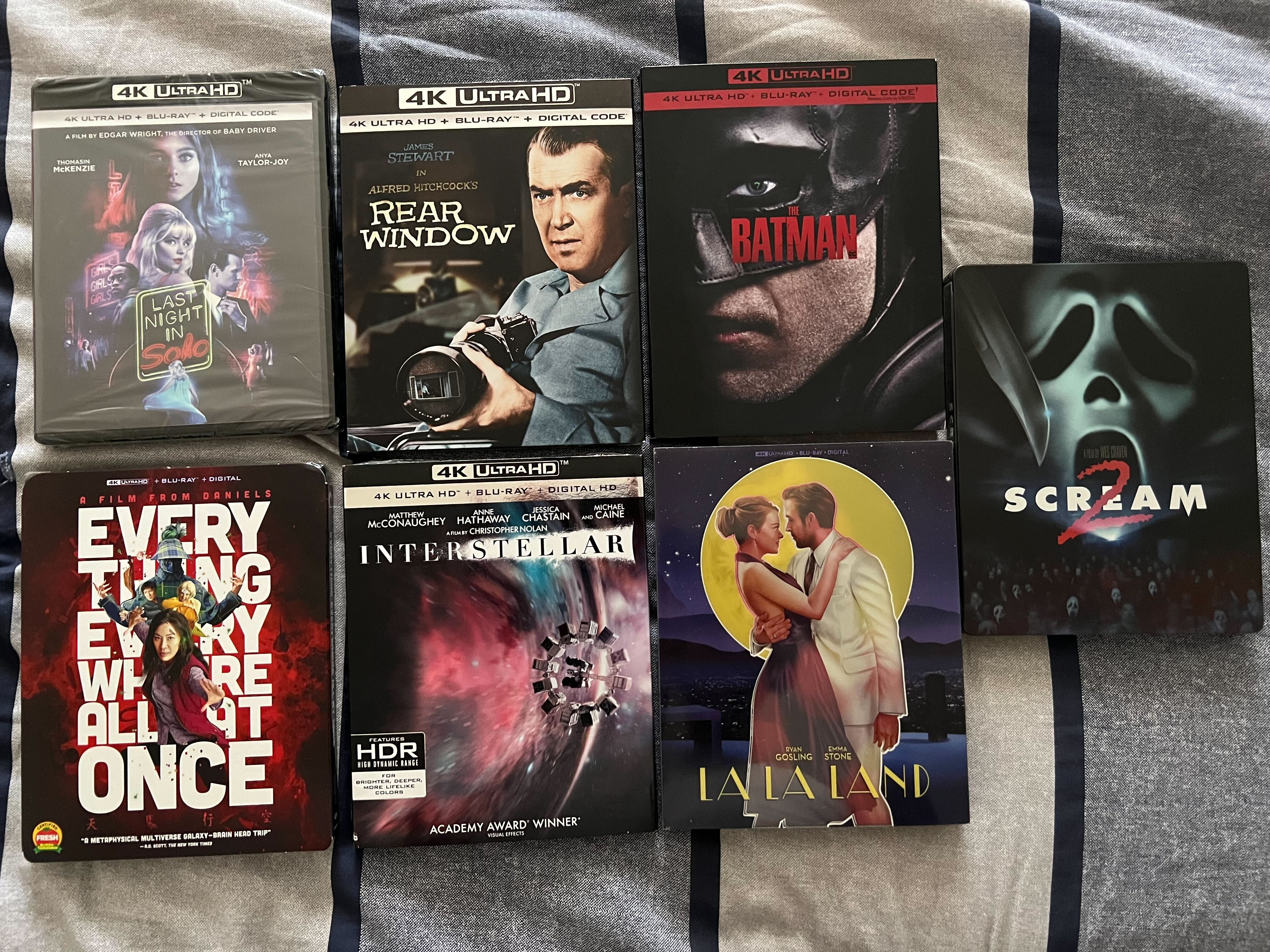 Last Night in Soho was one of the best movies of last year, and I can’t wait to see all that gorgeous color in 4K. I’ve never seen Rear Window, so I grabbed it on sale for $10 bucks. The Batman is an instant classic, so I had to secure a copy. Everything Everywhere All at Once is still the best movie of this year. Interstellar is another one that I just want to have in stunning quality. La La Land is one of my favorite musicals, it makes me so happy every time I watch it. I popped that one in as soon as I got home with it. Scream 2 got a 25th-anniversary special edition steelbook, which I pre-ordered the second it was announced.

With Black Friday and Cyber Monday deals on the horizon, my wallet could very well be in further turmoil.