Anyone who knows me knows I’m a huge Stephen King fan. And it’s true, I’ve read all the books, have seen all the movies (including oddities like The Langoliers and Maximum Overdrive), and own a surprising amount of King-related comics for series like The Dark Tower and The Stand.

With my wealth of unnecessary King knowledge, people often ask me to recommend Stephen King books or films, and I’m always happy to oblige. However, doing both effectively can be hard for me because I feel like my list for both is quite long, and it’s not easy for me in general to keep things short.

I am the self-proclaimed sleep paralysis demon of long-winded paragraphs.

To avoid turning this into a novel in and of itself, I figured it’d be best to narrow it down to five films even though I can recommend way, way more. In fact, I’ll include an honorable mentions list at the bottom as well, I can’t resist. And if you want even more King recommendations, you know where to find me.

With that out of the way, here are my top five favorite Stephen King movies! 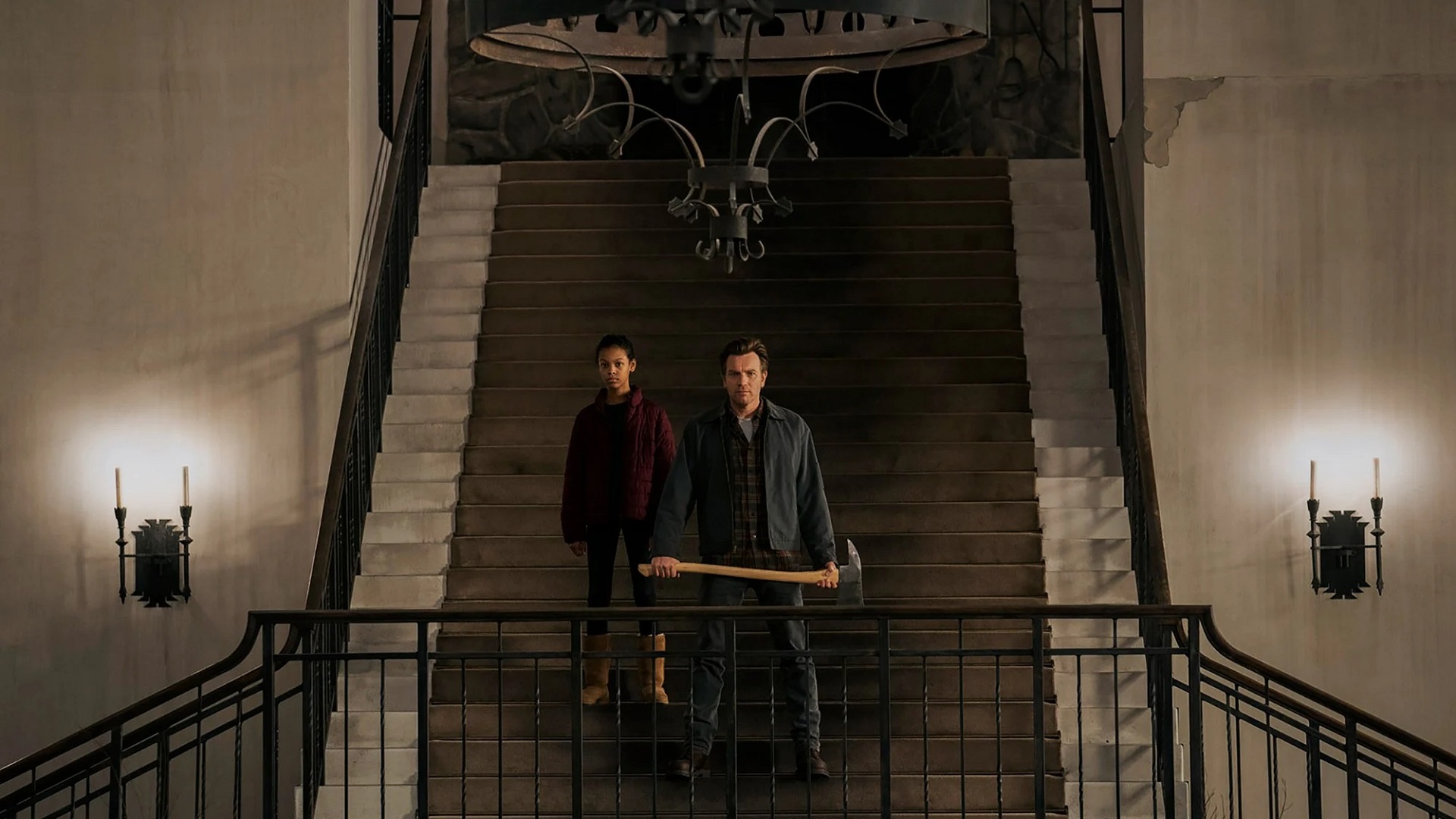 Some are surprised when I mention that Doctor Sleep is my favorite King film adaptation, but it genuinely is. No other King-related film comes as close to encapsulating what it feels like to read a King book as Doctor Sleep.

What helps is that the film’s director, Mike Flanagan (Midnight Mass, The Haunting of Hill House), is clearly a big Stephen King fan and as such, knows exactly what he’s doing. That, and he’s also a fantastic director in general, I highly recommend checking out his other work, like Midnight Mass.

As for what exactly makes Doctor Sleep “shine” (pun intended), it’s the way it adapts the book, its darkest parts included, while also expertly merging it with Kubrick’s film adaptation of The Shining. The end result is something that’s far more cohesive than it has any right to be, and I love it.

Content wise, Doctor Sleep is a sequel to The Shining, following former (and current) psychic Danny Torrence as a dysfunctional adult who finds himself tasked with protecting a kid named Abra — who’s very similar to how he was during his Shining days — from a roaming band of psychic vampires.

In particular, their leader Rose the Hat who doesn’t take kindly to Abra’s ability to go toe-to-toe with her in the psychic power sense. I won’t spoil the rest of course, I’ll just say if you haven’t seen it, Doctor Sleep is truly a must-watch experience.

I’m sorry to anyone who liked the newer 2019 version of Pet Sematary, but the film just wasn’t good from an adaptation standpoint. The original from 1989, while not exactly the best film ever created, at least did a solid job at capturing the dread and heartbreak that permeates the book from start to finish.

Pet Sematary is one of King’s scariest books in my opinion because it centers on some extremely dark subject matter that’s less monster under your bed and more “monster in your head”. Namely, grief, and how that emotion can corrupt a person into making a string of increasingly terrible decisions.

Anyone who’s ever felt consumed by the loss of something will understand each character’s disastrous decision to use the cursed burial ground in Pet Sematary. What helps this as well is how the original film talks about the subject, builds up to it, and when it lets you have it, it really lets you have it. Again, no spoilers, I’ll just say if you have kids you may want to skip watching and reading Pet Sematary.

Another movie that’ll take you on a rollercoaster of sadness is The Green Mile. Similar to Pet Sematary, the monster in the story isn’t a supernatural entity, it’s people. And institutions, created by people. The end result is the suffering of one of the sweetest, kindest, most lovable characters King has ever written.

You can’t watch The Green Mile and not love John Coffey, and that’s kind of the point. With the exception of The Mist, The Green Mile has one of the most painful endings to a King story. Not only because it’s unpleasant and will make you cry buckets, but also in how it makes you think about real-life implications.

It’s really hard to talk about The Green Mile in-depth, because out of every film on this list, it’s really the one you have to experience for yourself the most. So I of course recommend watching it, but keep in mind if you do you’re going to want to keep some tissues nearby.

The ending to The Mist is one of the darkest endings not only in terms of King’s films and books, but in any horror film I’ve ever seen. It’s also not directly pulled from the short story the film is based on, but rather is one that was written in.

It’s a huge risk to put something like that in, but in the case of The Mist, the risk pays off in creating an ending that’ll burn itself into your brain forever. I personally feel like in horror stories, happy endings (no, not those, you know what I mean lol) are often ill-fitting.

Some of my favorite pieces of horror media take this unhappy ending idea and run with it, King’s books notoriously among them. In fact, one of my favorite King books, The Long Walk, has a similar dark ending to The Mist where rescue comes a bit too late and the consequences of that are devastating.

The Mist is noteworthy for more than its ending, though. The CGI still holds up fairly well, and the movie understands that sometimes it’s better to not show the big monsters and leave that up to the viewer’s imagination. The characters in the film are interesting and memorable as well, especially one of the film’s villains, religious zealot and chaotic sh*t starter, Mrs. Carmody.

What I really like about 1408 is how it takes a short King story and expands upon it, fleshing it out into something uniquely disturbing. What if you were trapped inside a haunted hotel room with a penchant for emotional torture?

Well, you’d be pretty screwed, and that’s exactly how 1408 plays out.

Even though there’s a more “positive” resolution to 1408 than other King films on this list, there’s also the lingering question of whether Cusack’s character ever truly escaped.

The reason for this is that midway through the film, there’s a moment where it looks like he escaped, only for that moment to fade and return back to 1408. The escape being nothing more than a torturous illusion created by the room itself.

It’s at this point in the film that 1408 really gets under your skin and unsettles you, and that feeling carries its way through to the end in the most effective way possible. John Cusack also does an incredible job as the focal point of the entire film.

1408 wouldn’t be as entertaining if its lead actor didn’t dive into the madness of the situation fully. And Cusack does. The result is a performance that convinces the viewer that 1408 really is “an evil f*cking room” and one you absolutely do not want to mess around with.

I also want to quickly list some other fantastic King films that may not be on my top five list, but are (in many cases) iconic King films that I do and have enjoyed, and highly recommend checking out as well.

And there you have it, some King film recommendations to carry with you into the weekend. If you watch any of the above, definitely let me know your thoughts. Also, feel free to shout out your favorites and recommendations as well, I'm curious what everyone's go-to King film is.