Early last month Numskull Designs announced a Resident Evil statue in the form of the T-002 or “Tyrant” as it’s also called. It looked amazing, affordable and it was finally nice to see Resident Evil get some collectible love. They didn’t stop there either, on March 22nd, Numskull announced another statue. This time it the monstrous horror known as the Licker. 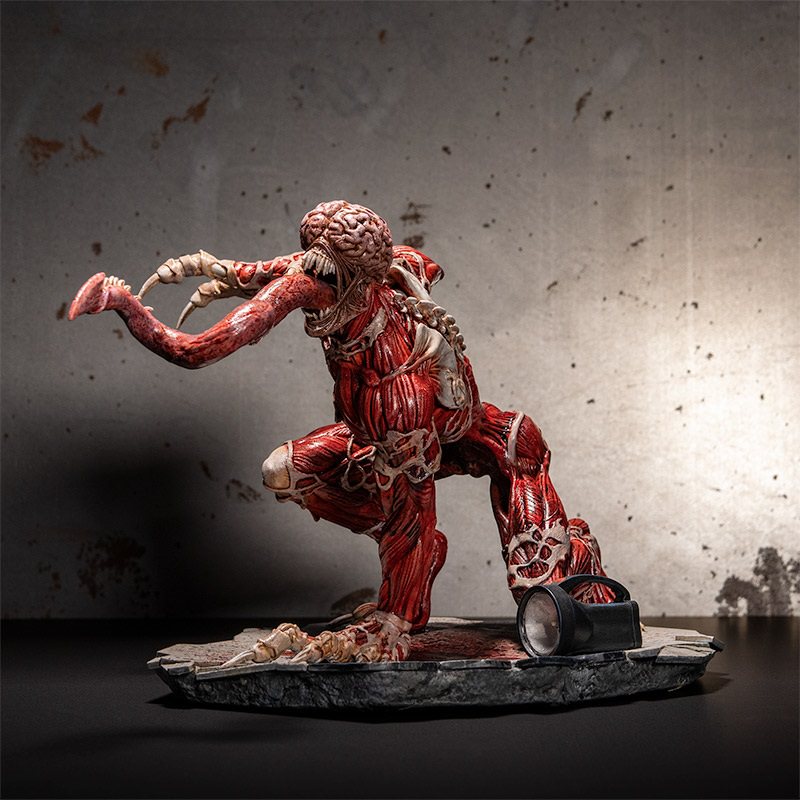 The statue looks of the same quaintly as the Tyrant one they showcased a few months ago, complete with red glossy skin, monstrous claws, and its famous lashing tongue. The statue also sits upon a cool base, complete with cracked concrete and a flashlight from the unfortunate soul who happened to come across Umbrellas bio-weapon.

The statue is 6.5 inches tall (16.5cm for you metric folks) so it will be in the same scale as the T-002 Tyrant statue to be released. There was no price announced, but it’s probably safe to guess it will fall in line between $50-60 USD, which is reasonable. No date has been announced yet but be sure to keep checking back at Shacknews.com & numskull.com/resident-evil for updates!