Our time in Shadowlands has come to an end with the defeat of the final boss, Zovall, also called The Jailer. While a lot of Warcraft fans were disappointed with the end of the expansion’s story, I’d like to remind everyone that writing lore for a game that’s 18 years old can be a difficult challenge, not to mention the trilogy of games in the Warcraft RTS series that came before. That said, Blizzard revealed that the next expansion will be announced on April 19th 2022. I love being able to try and guess or predict Warcraft’s new expansions and while I’ve been wrong before, I still love the speculation of what it could be. So, let’s dive into some interesting things we learned based on the Jailer’s defeat cinematic.

Once the big bad is defeated we are treated to an interesting & short cutscene which could lead to clues on were the WoW expansion will take us. While a lot of players are hoping for a Dragon themed expansion like Cataclysm, I have a different theory. We are literally headed into the core of Azeroth. The Jailer speaks of a “Power, slumbering in your world. The soul of Azeroth, wounded, vulnerable. Yet teeming with potential.” Followed by giant drills hidden underneath Ice Crown Citadel that power up and begin to pull what seems to look like Azurite (a rare mineral that was introduced in Battle for Azeroth expansion) into the portal of the Shadowlands. This could hint that we are not done with Azurite. That we are indeed going back to explore & discover what else lurks beneath the planet's core.  The Jailer once defeated rants about a “cosmos divided will not survive” with his dying words he says “The worst is yet to come” as the gateway to the Shadowlands closes, hinting that the next major threat will come from somewhere else. Where is that? You’re asking? The subtle hints in the cutscene and dialogue suggest that we are going underground to explore Azeroth in a way like we never have before. In the depths with the Dwarves, Gnomes and Goblins! 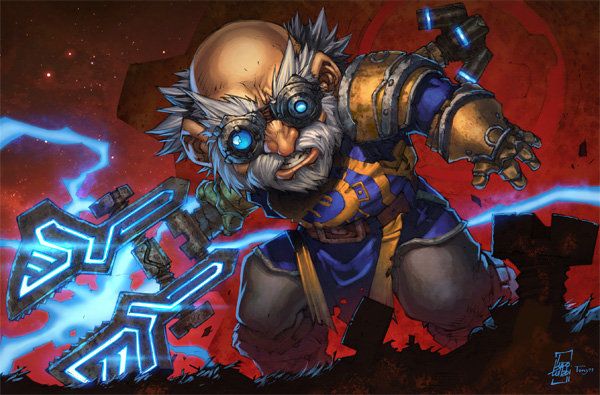 We certainly have not had an expansion with the theme being focused on the less popular races in the Warcraft universe. I’m excited and hopeful that the new expansion with have us raiding and exploring the depths of the underground with Gelbin Mekkatorque, or looting the rare materials from the core for Jastor Gallywix, or how about exploring the history of the Dark Iron Dwarves? Need I go on? Of course, this is all speculation but it’s fun to guess and be excited. What are some of your thoughts on the next major World of Warcraft expansion? Let us know in the comments below. Here’s to hoping the journey in the World of Warcraft will indeed take us to the center of the earth. Miss our review on Shadowlands? Check it out below!