Facebook is shit. I really don’t use it other than to promote the content I create, but something I’ve always seen on the platform are these “promoted ad posts” of products that I know cost thousands of dollars being advertised as “80% off”. These are clearly scam sites, or “KO” (Knock offs) being produced. I was curious how the quality would be on an item that’s normally 200-300 dollars but being sold for $65. So, I tried it.

The Ad was shown to me based off my google search of “Movie collectibles” and was showing me these prop replicas of The Book of the Dead and Book of the Living props based on the 1999 film “The Mummy”. 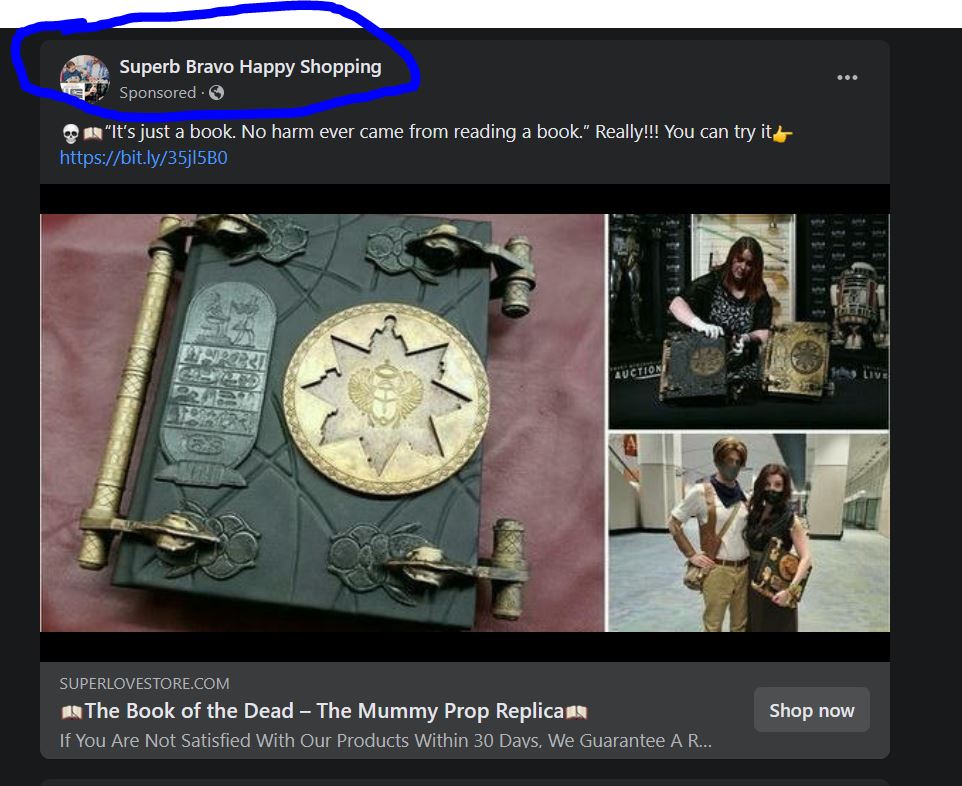 There were quite a few red flags that indicated this paid ad on Facebook (and Instagram) was a scam. I reported it originally, but after a few weeks it was back under a new page name. I wanted to see what would happen if I ordered something from the scam site. The Facebook Ad took me to a generic e-commerce website, where it landed me on The Mummy Prop page you see below. 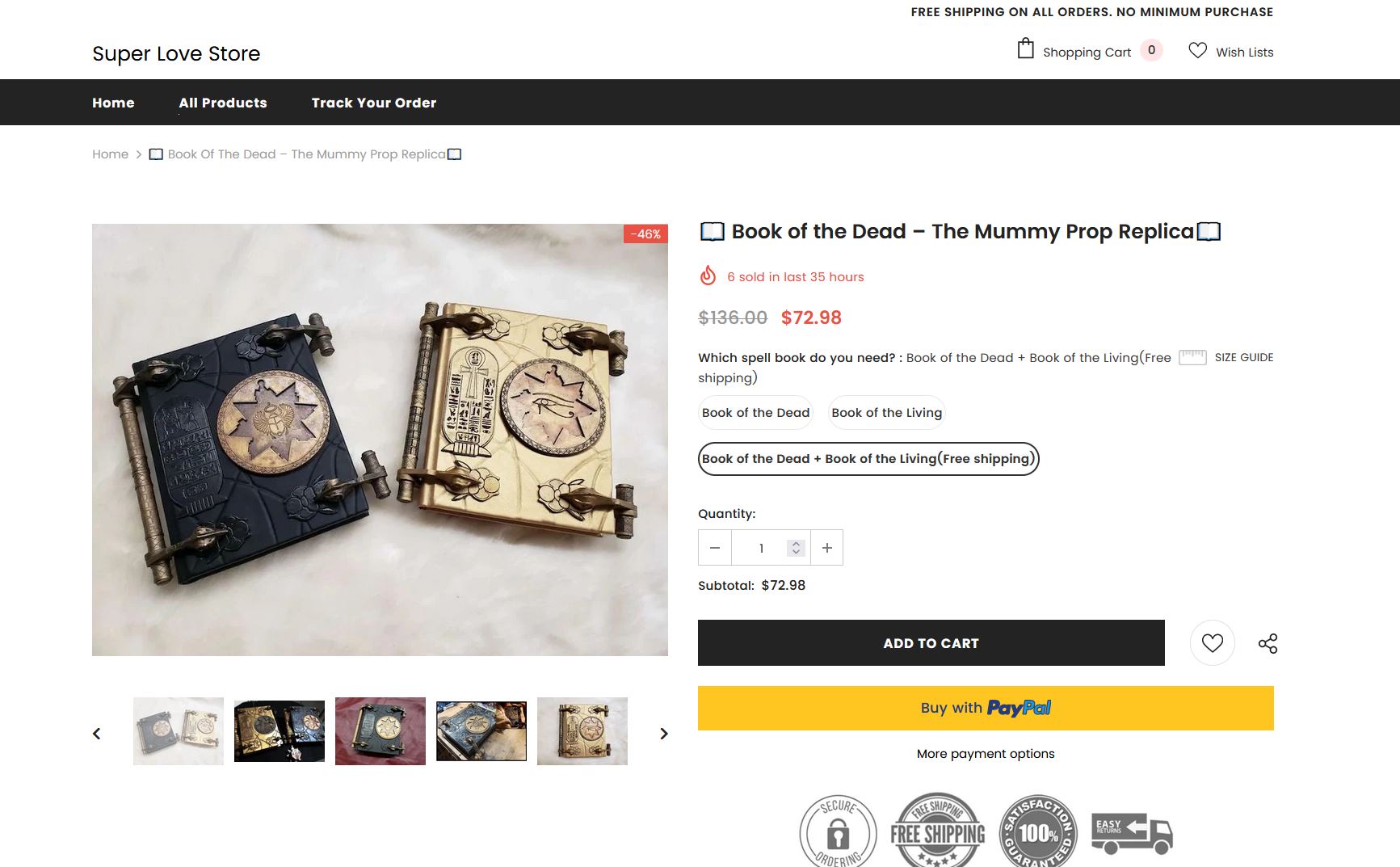 Now first thing I noticed is that the pictures were stolen right from someone else Etsy store here, where the same book prop sells for $329.95. Pictures are literally pulled directly from this store selling something that’s not accurate.

I proceeded to purchase the set of books for $72.98 USD (at the time it was slightly cheaper for me for some reason) and did a checkout through Paypal. Once the sale was complete, I got PayPal’s conformation that had a generic email that was @outlook.com and the seller info was named “BINGO”. Upon further inspection the site claimed to be “American made” and “made in the USA” but the business address was in China.

After the purchase I waited 18 days, with no updates, emailed the @outlook.com, no response. Filed a claim via Paypal and within 48 hours got my money back. This type of scam is pretty common, advertising an expensive product for pennies on the dollar and then hope the person who purchases it forgets they did, and they can pocket the cash. I see these type of ads on Facebook and report them daily, not like that does anything. Facebook doesn’t care if its users get scammed by fake e-commerce sites, they paid their Ad money to Mark Zuckerberg and that’s all that matters. Shame on that awful website for not having any screening practices for scam companies. I can't wait for this site to die and be thrown in the pile with myspace.