Halo Infinite has been a long time coming. It’s had developers come and go, reveals and announcements, as well as a handful of delays. Those delays, while disappointing for fans, seem to have paid off, based solely on the fact that the latest Halo Infinite campaign gameplay look fantastic. If you haven’t watched it yet, check it out below.

The first thing that most viewers will notice is the vast improvement to the visuals when compared to the original announcement. There’s more detail to the armor, weapons don’t look flat and grey, and the landscapes look ready to be soaked up by our eyeballs. Just take a look at this trailer from halfway through 2020 (which feels like a lifetime ago now).

343 Industries did go to the trouble of explaining why the weapons look the way they do, and though it is technically realistic, it’s not what players expect to see in a video game. And now, it seems that the visuals have been updated to fall more in-line with expectations. Plus, all of this is happening after the multiplayer preview weekends, where players got hands-on time with Halo Infinite. Social media lit up with excitement as players realized just how good looking Halo Infinite is and how much fun it is to be back in a Halo game with your friends.

But it wasn’t just visuals that were on display, the campaign gameplay gave us a look at the new tactical map and upgrade system. It seems that 343i is leaning into an almost Far Cry-like style, where players can follow the storyline or head off on an adventure to liberate a Banished-controlled outpost. Now, I’ve grown tired of Far Cry as a franchise and Ubisoft’s formulaic approach to the series’ gameplay, but I think this could be a good direction for Halo. I’ve certainly always wanted some more freedom to explore a Halo installation and it seems like Halo Infinite will lean into that. 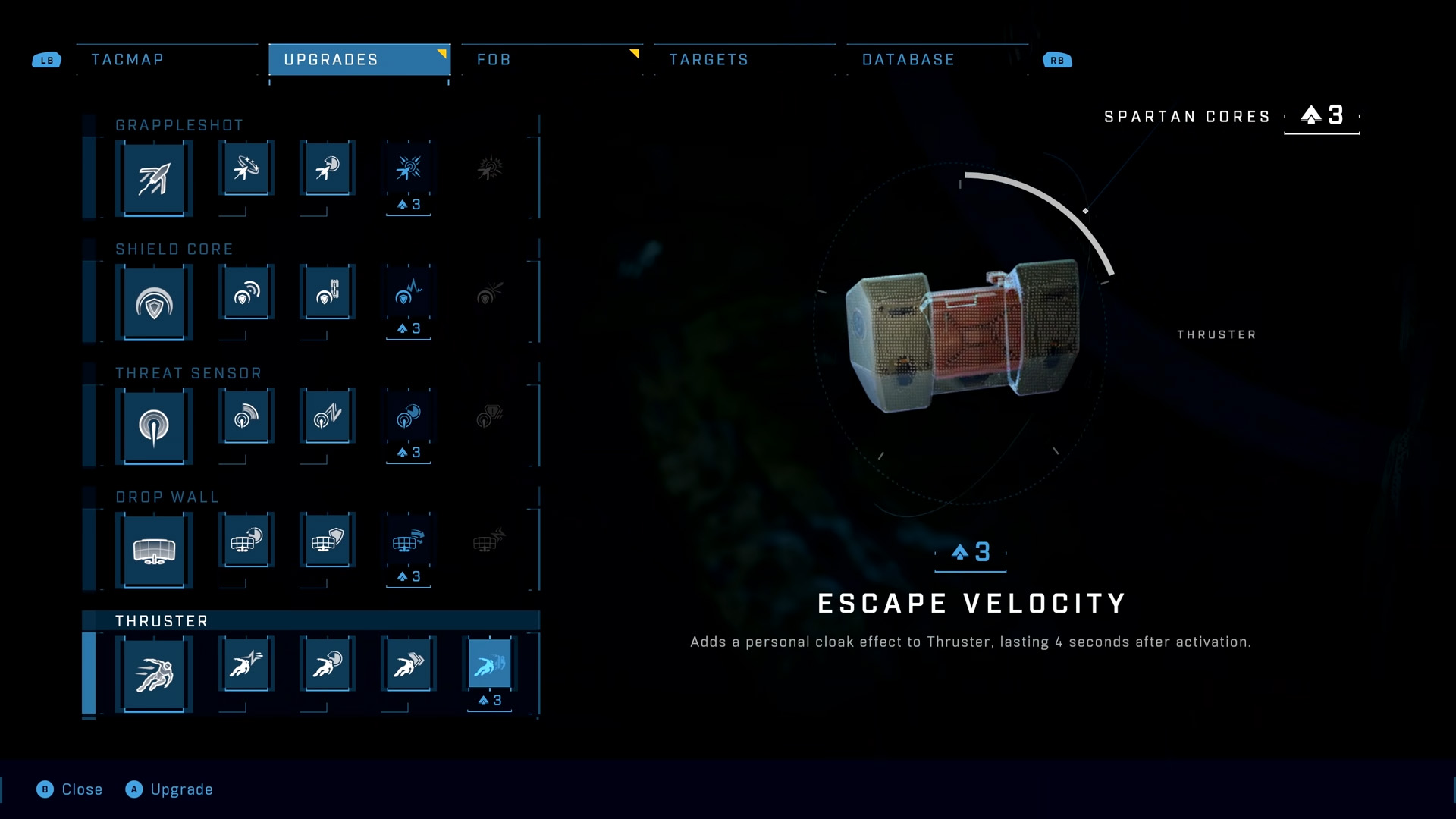 As for the upgrades, it was only on-screen for a few seconds, but it appears as if Chief can upgrade the various equipment he collects, adding extra charges and unique effects. The thruster equipment item has an upgrade that temporarily cloaks the Master Chief after it’s used. Part of the fun of Halo has always been exploring a map and looking to see if there’s an Easter egg hidden away, and now you’ll be earning more than just a nod from the developer, you’ll be actively improving your arsenal.

Beyond the gameplay, the story elements are also exciting. Who is this Harbinger of the Truth and what alien race are they? Why are they so vexed by the Forerunners and their supposed lies? It’ll also be nice to have Cortana back in some capacity – though she does seem incredibly innocent (Jen Taylor’s voice acting is superb here, managing to sound like Cortana albeit a different version).