I've been hesitantly, optimistic about the new Resident Evil film while following it pretty closely for most of the year. They wrapped up filming a few months ago but also headed back for reshoots recently. Now early screenings are happening with pools of the general audience and I'm wondering why the marketing for this film has been pretty much non-existent so close to release. 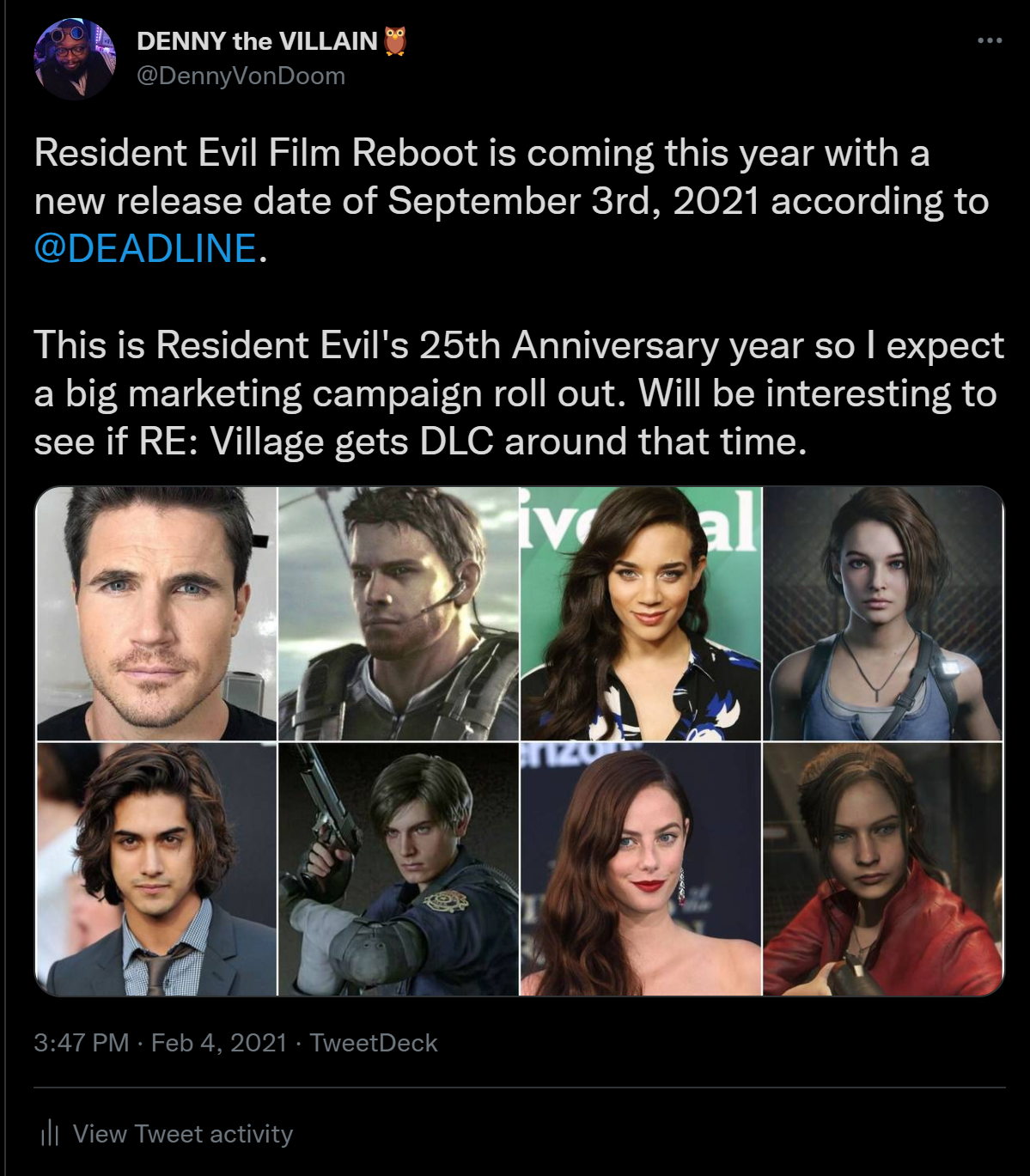 We got some cast photos that weren't bad. Though some of the character details aren't there like the length of Jill, Leon, and Claire's hair which is something I figured would be the easiest thing to style for the movie. But overall not everything in an adaptation is going to be a 1:1 recreation. We see changes to costumes in the Marvel and DC films all the time and some changes can be for the better. Certain fabric or colors don't look the same when trying to make them pop in a real life lighting environment. I'm sure some wardrobe testing was done along the way. Perhaps the cast wasn't willing to cut hair for this film or have other projecs they needed to keep a certain look for. I will still hold on to hope that they can get it right. 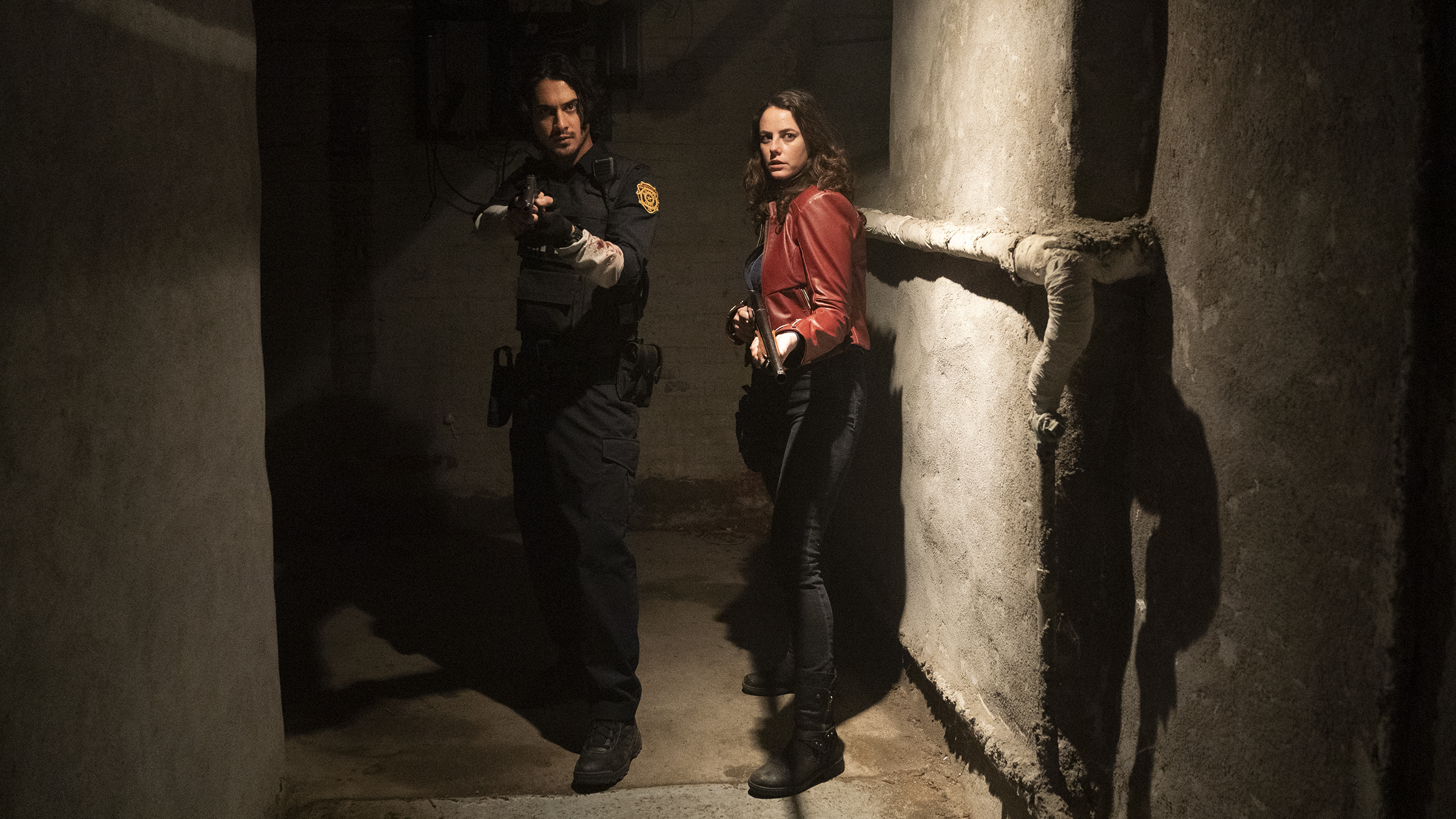 I was definitely impressed by Hannah John-Kamen in her role as the sympathetic villain Ghost in Ant-Man and the Wasp so when they annoucned her as Jill Valentine I considered that to be pretty inspired casting. She has the big emotive eyes that you see Jill have in all of the games after RE 1 Remaster. So yeah, that casting and Robbie Amell as Chris Redfield who's built like a truck may be giving me more confidence in this film's potential than it deserves.

Wesker & Jill as a Couple?

Now, there have been a couple rumors gaining some traction lately that state that early screenings have been very well recieved but that the studio is considering making Jill and Wesker romantically involved. I think this would be a bad decision and underplays how great a character Jill is. She starts to put things together in the first game in a way that I think would be great to see happen on the big screen and that betrayal from a team partner is still pretty deep.

My biggest concern right now is that we are 2 months away from this film's release and we haven't seen a single trailer or teaser. This isn't always a bad thing as I remember the roll out for Wonder Woman a few years ago also being pretty late and I enjoyed that film but this is not a massive superhero blockbuster and majority of the cast has been more recognizeable from TV than film. My Spidey senses are tingling a bit but before I hit the panic button, I gotta point out a positive: Lighting and atmosphere are on point in these early images from the film. They do look like a special ops team with proper gear. I'm a lil annoyed Jill doesn't have a distinctive piece of flair from the costume we know like her shoulder pads or beret but there's a good chance they stripped off that part of the wardrobe while running from the beasties in the woods.

The devil is in the details

The director of the film, Johannes Roberts also informed IGN during their interview that he and the crew worked hard to give the Spencer mansion and police station from Resident Evil 2 the creepy vibes that the fans expect and even went as far as  making their recreations as accurate as possible.

"We worked hand in hand with Capcom on this movie to the point that we actually got blueprints from them on the designs of the Spencer Mansion and Raccoon police station in order to recreate them as perfectly as we could. We even have the exact artwork up on the mansion walls. Capcom saw it for the first time the other day and was so happy and excited."

That level of passion and detail tells me that the creative team espect the source material and want collaborated with Capcom to get the look and feel of the film right. We also have confirmation that Lisa Trevor is also in the film which is a good sign that the horrors and backstory of the mansion will be explored in some fashion. At the end of the day we all know that it's going to come down to the characters and nailing these iconic depictions for this film to be good or even decent but I am willing to give this film a chance to impress me and maybe break the bad video game movie curse in the process. Let's cross our fingers on this one and hope for a full trailer soon. Resident Evil: Welcome to Raccoon City hits theaters on November 24th, 2021.