Fusion foods are one of the best things in the world. There's nothing like combining two or more of your favorite things into a new culinary experience, espiecially when it ends up being a perfect combination. Indian food and pizza is definitely one of those magical combos that goes so great together you kinda wonder why it took us so long to get around to making it happen. 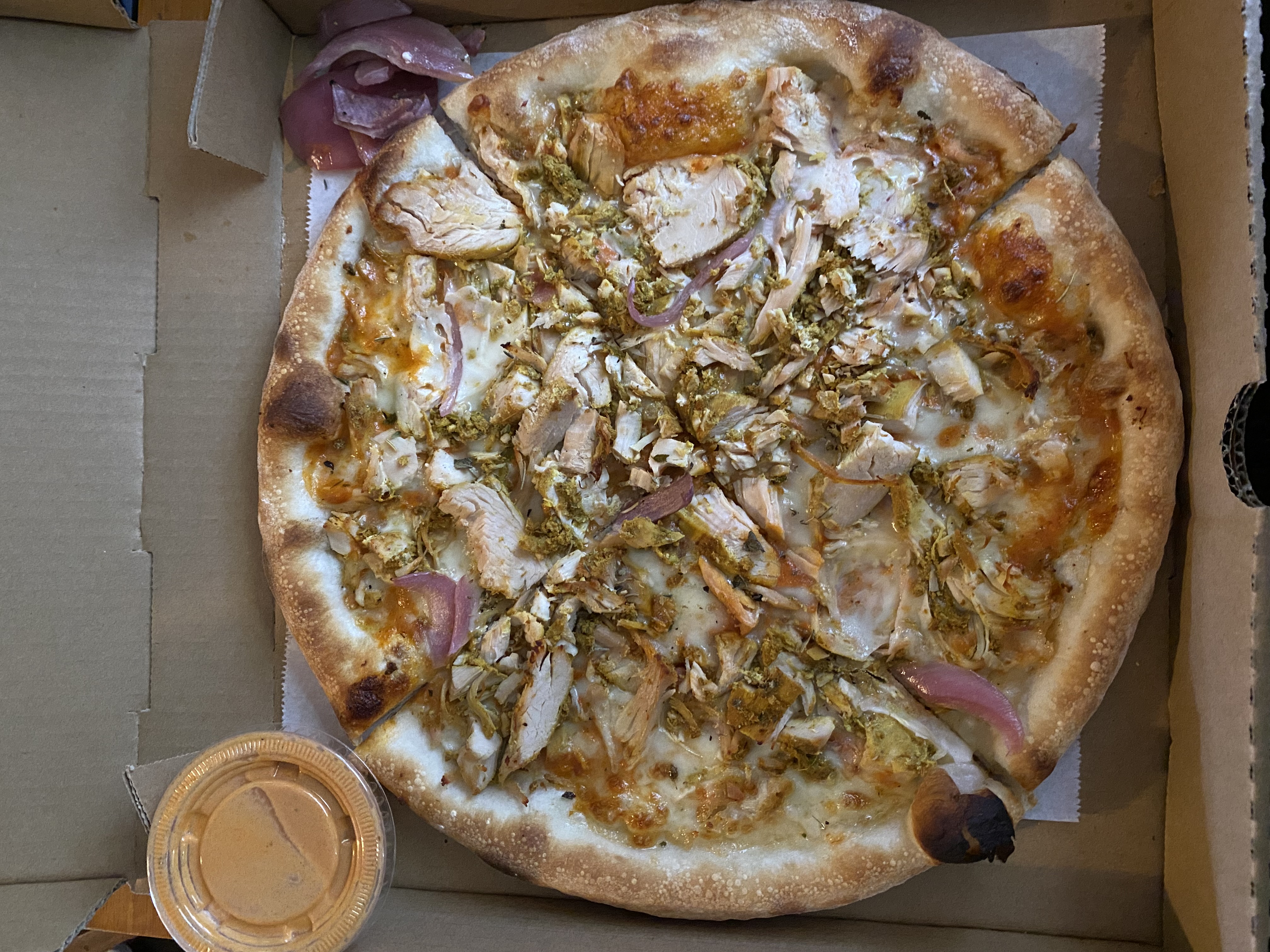 Out here in the San Francisco Bay Area it's not uncommon for Indian restaurants to offer up various combos of their delicious dishes on top of their pizza doughs. It honestly makes a lot of sense since the process for making naan bread is pretty much the same as baking a pizza and most places use the same dough to make both. It's a win-win as far as beefing up a menu goes and you can't argue with the delicious results.

While I've seen several variotions on the concept, I tend to go with a chicken tikka masala pizza if one is available, since that's usually me go-to dish when getting Indian food to begin with. In fact, I did exactly that for lunch today! Lately I've been getting my Indian pizza fix from a spot in Berkeley called Barbarian Pizza Bar. I gotta say they've been my favorite so far too.

Their tikka masala sauce hits a nice balance of spicy and creamy and they're pretty generous with it as far as subbing it for tamato sauce in their creations. I always opt to get an extra side of it for dippin' to give it that extra kick. They're pretty dang generous with the chicken too, which I appreciate. The chicken hasn't been dried out on any of the pizzas I've got from them either, it's always moist and succulent. And since I always forget to ask for no onion, I'm pretty glad that it's usually not that hard to remove it all.

I know Indian Pizza isn't something that's extremely commonplace in the US, but if you have a local spot, and a love for Indian and Italian cuisine, you owe it to yourself to seek out your own location for an experience like my own. If you've got your own Indian Pizzo spots or stories feel free to share them in the comments!