The games that really grab me are the ones where there's a deep world to explore with plenty of time to ponder the game and life in general. Red Dead Redemption 2 does this very well. I can sink days into a playthrough without ever coming close to the halfway point of the story. I'll spend so much time hunting, fishing, and exploring that Dutch has sent gang members to find out where I wandered off to. Here are some screenshots from my most recent playthrough. 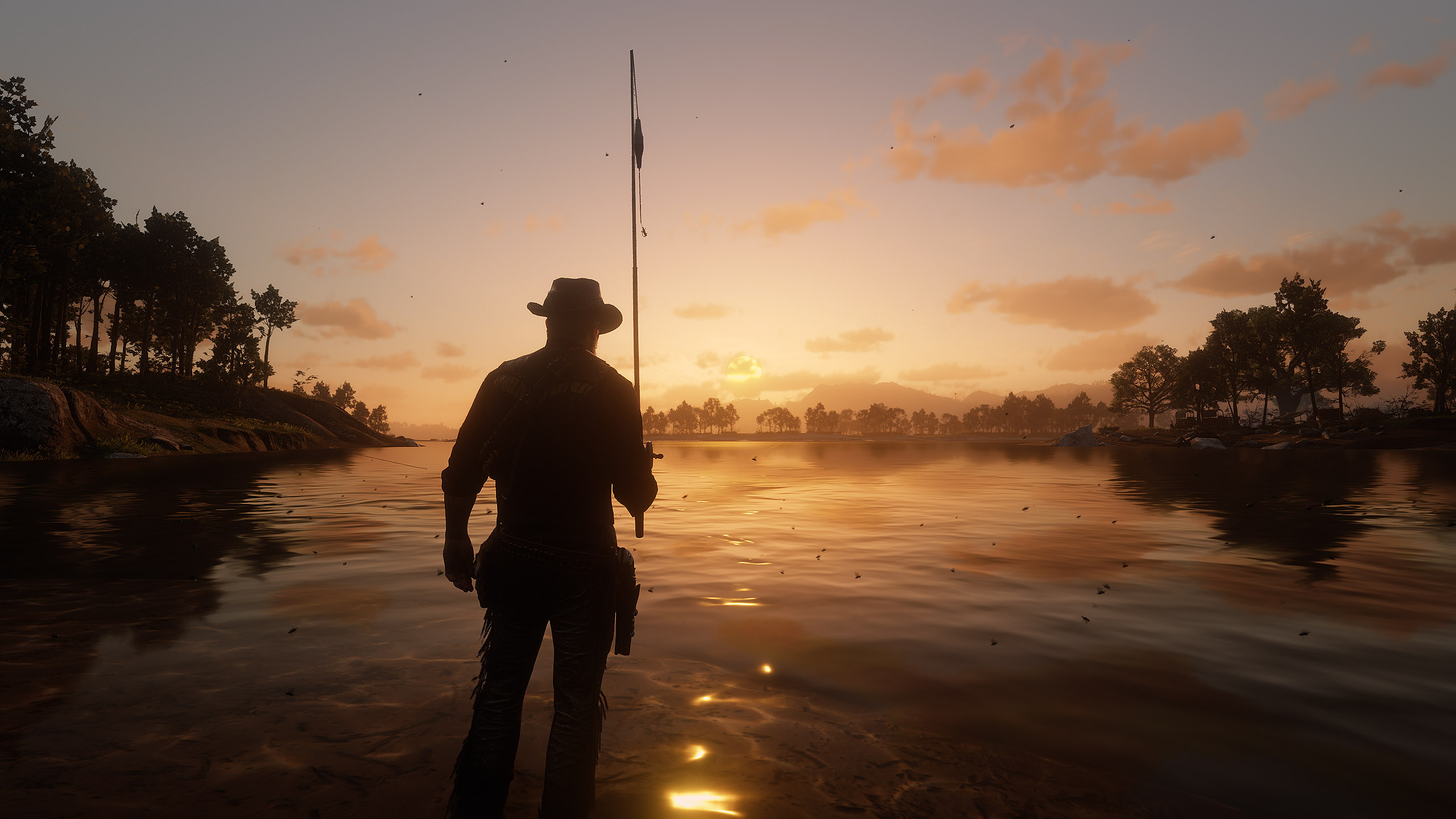 One of my favorite things to do in Red Dead Redemption 2 is go fishing. Often, when I'm camping out in the wilderness on a long hunting trip, I'll wake up in the morning and catch breakfast, than have it with coffee before tearing down my camp for the day ahead. On this playthrough, I took a trip from the mouth of the Dakota River near Flat Iron Lake, all the way north of Donner Falls. I walked it, with my horse often just following behind me. It took me several in-game days to complete this journey. I'll do it again before... you know. 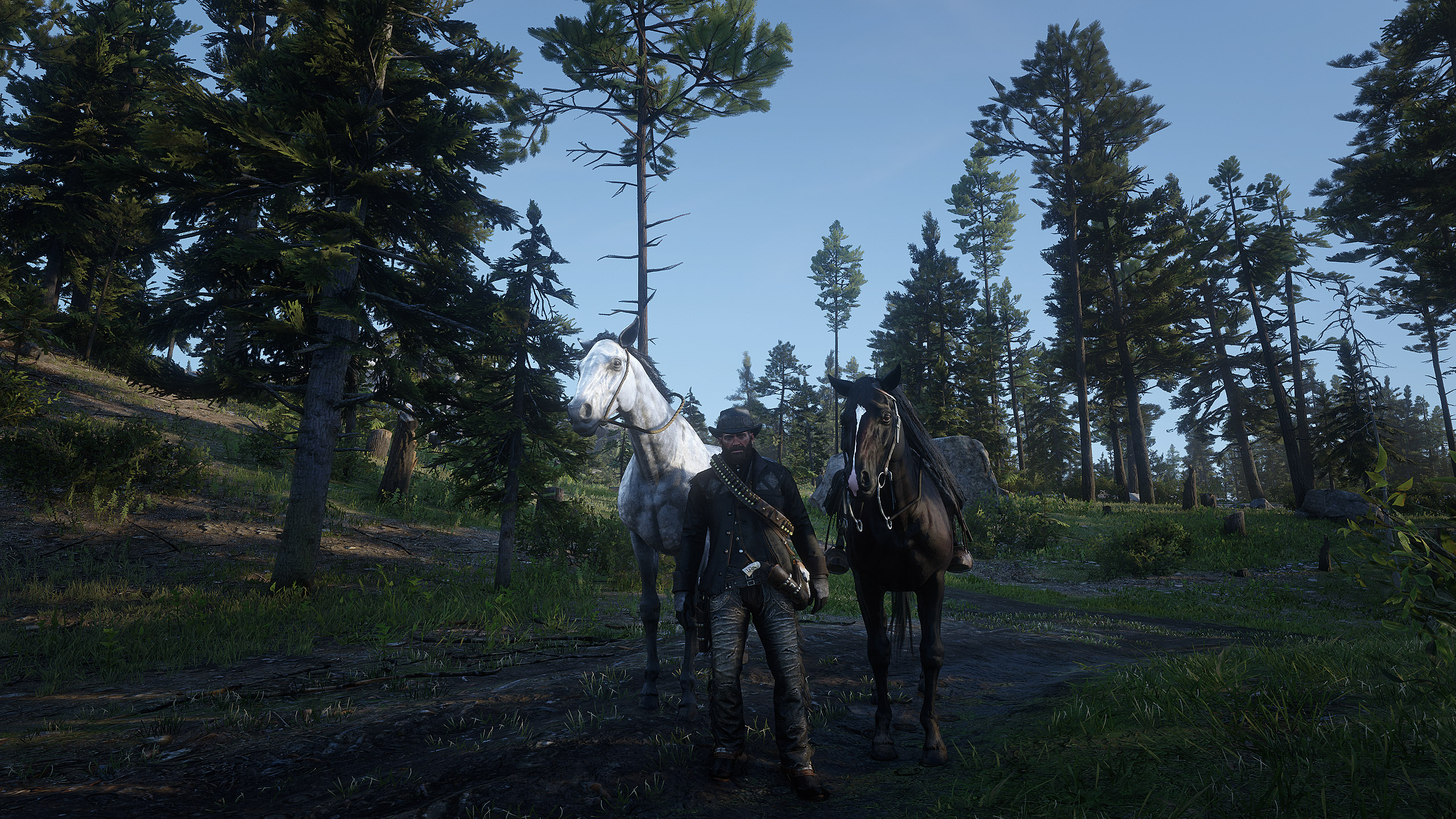 At some point during my current run I ended up with two horses that I loved. I often work on a two-horse system so I can store two large animals or pelts at one time. The problem here was that I couldn't choose a horse to keep and a horse to sell/stable. I'm now riding a Turkoman, so obviously I got over my feelings for these two. 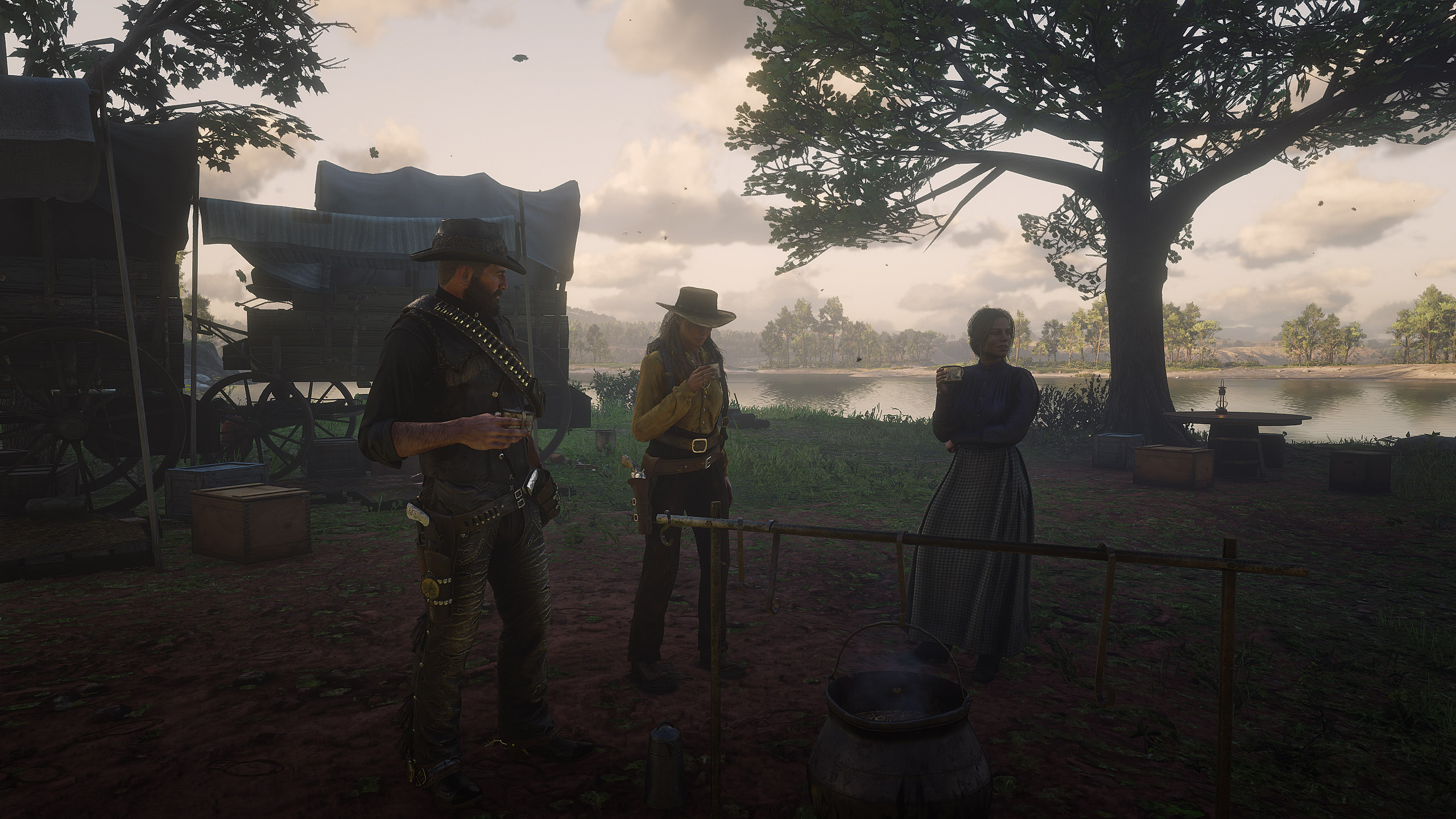 Every morning that I wake up at camp, which isn't that often. I head over to the fire where Pearson is taking the old pot of stew away to make a new one. It's there that I find Sadie and Abigail. Every morning, without fail, those two are there having coffee. I pour myself a cup and stand there with them, asking them how they are before I feed and brush my horse and head off for adventure. 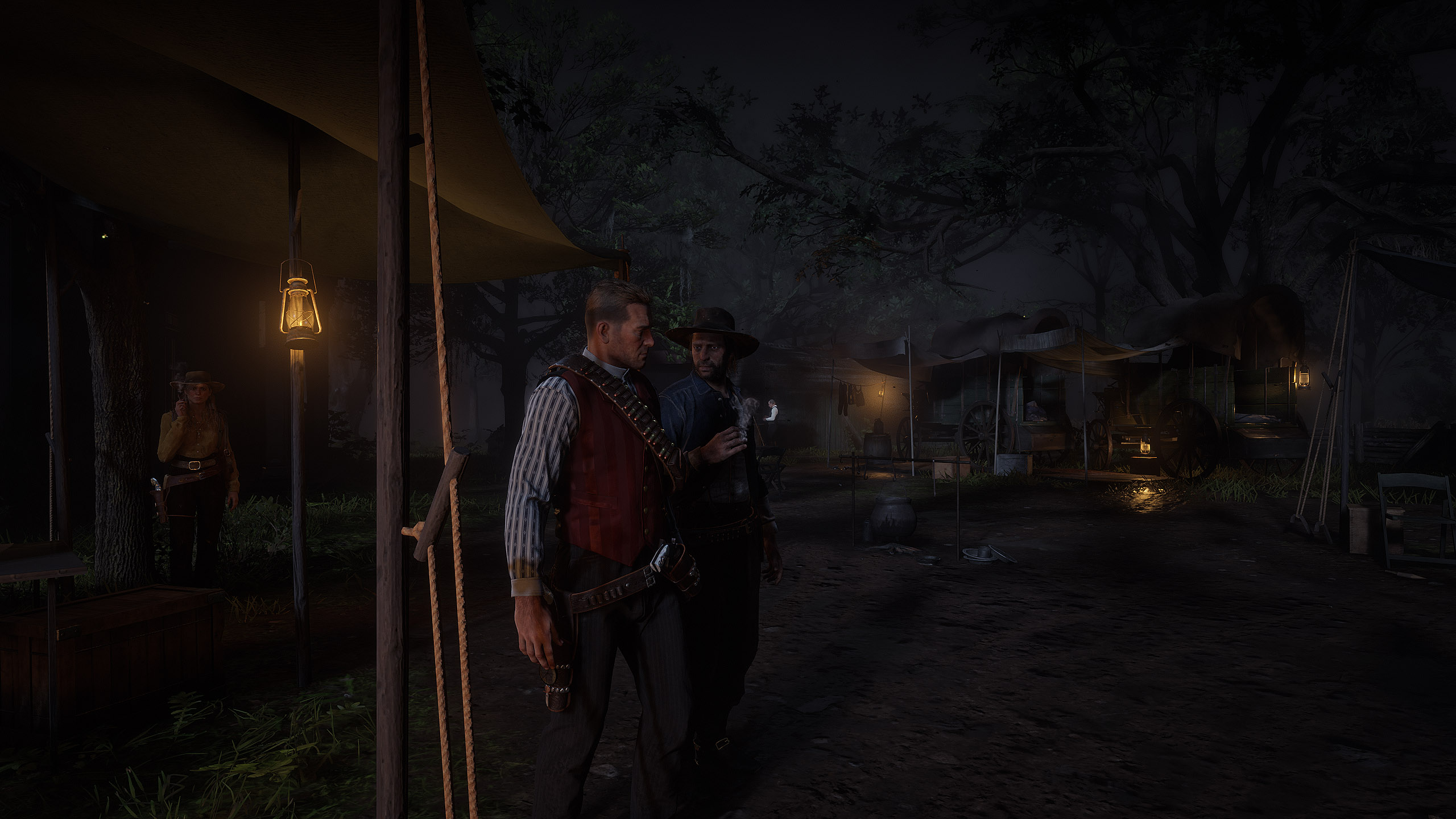 Kieran quickly became one of my favorite characters in Red Dead Redemption 2. Initially captured by Arthur in the game's first chapter, he earns the gang's trust and becomes a valued member. Unfortunately, Kieran is taken by the O'Driscolls after a party one night, and isn't seen again until his corpse rides into camp on a horse, his eyes removed and holding his own severed head in his lap. This screenshot is the last time the player sees him alive, hours before his capture. 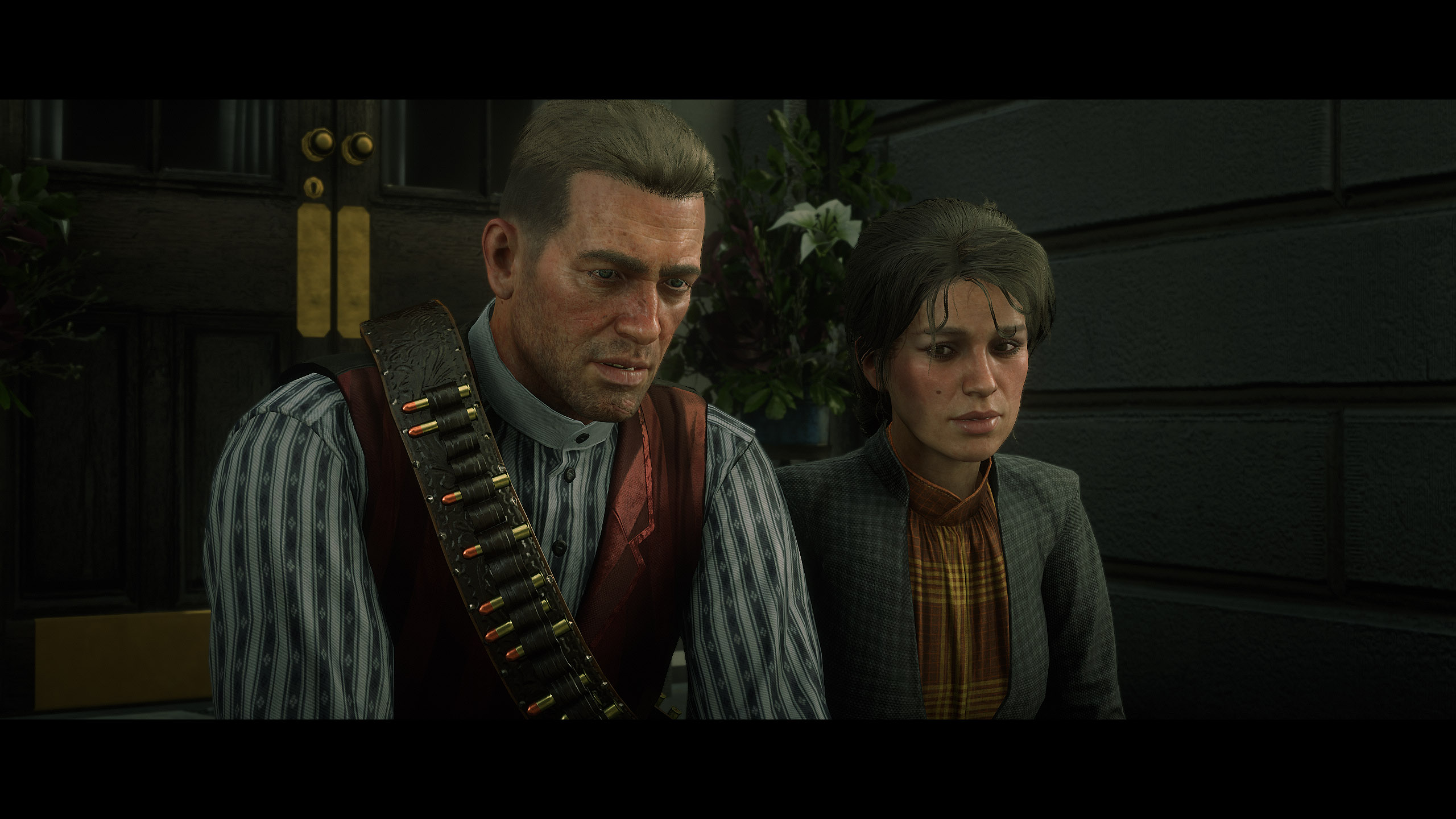 The way Rockstar handled the love between Arthur and Mary was both heartbreaking and well done. There's an easy road for Rockstar Games to take where they give Arthur a romance opportunity that takes a more traditional path. They didn't, though. They managed to fully display the love Arthur and Mary have for each other, but also wrap that storyline up in a realistic way. If my math is correct, Arthur was 36 years old when he died and, for me, his journey is filled with multiple tragedies, the missed opportunity to run away with Mary being one.