While some people may have nostalgia for the Genesis' original 3-button controller, the later six-button version is always going to be my favorite and what I associate with it.

Playing Street Fighter 2 just felt so right on it compared to, say, the SNES's stock controller (even if the SNES might have had the better ports of the game).

Now retro-bit has worked with Sega to bring out an updated version of this controller for both the classic Genesis console and modern systems alike. 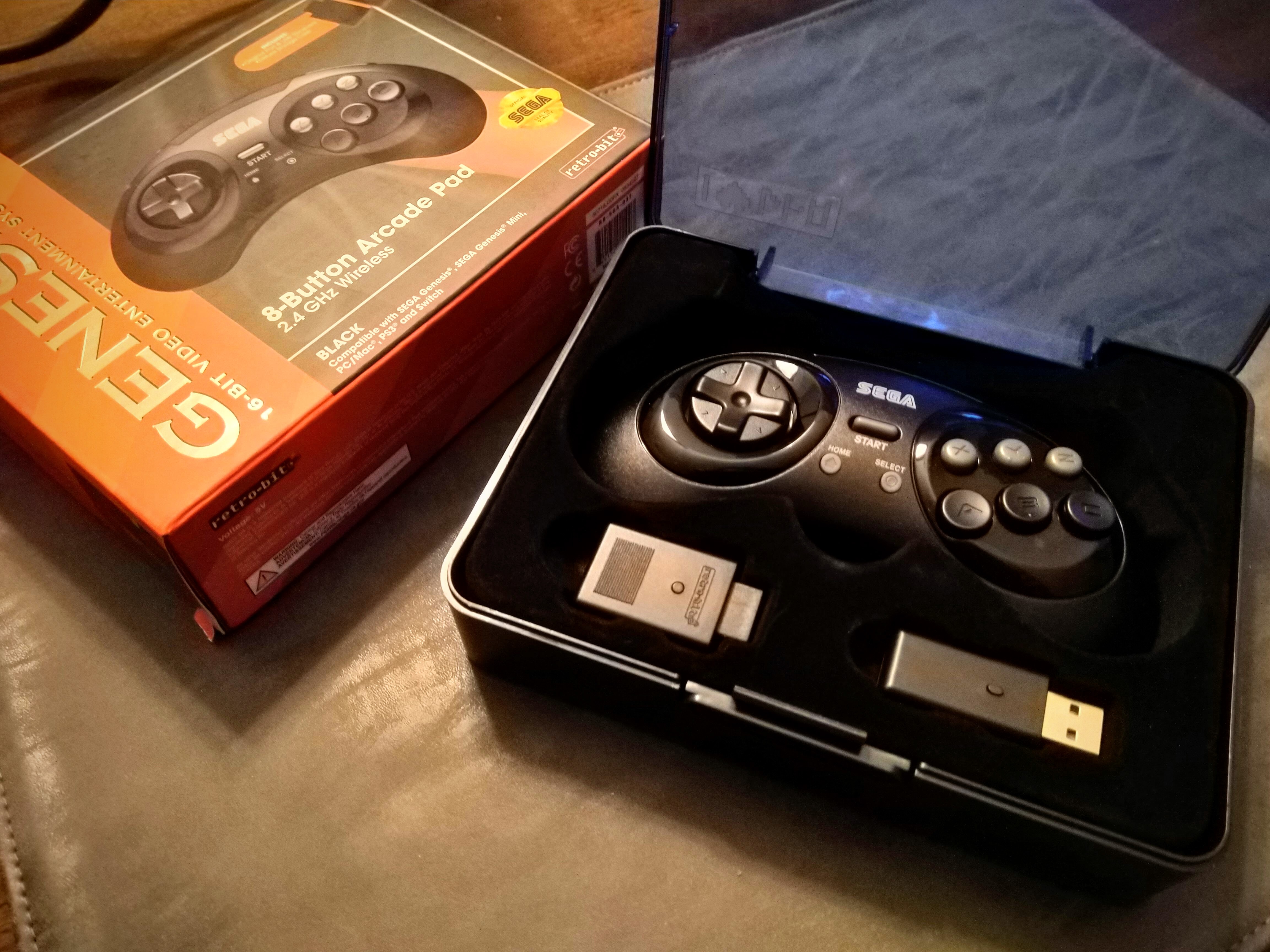 The controller comes in a surprisingly nice blue case

You might understandably be hesitant on hearing it's from Retro-Bit, and with reason - some of their early clone controllers frankly weren't very good. Cheap plastic, badly fitting buttons, bad d-pads - basically what we all expect from third party controllers, and always reserved for player 2.

But as soon as you open the box you start to get hints that isn't the case here.

The controller comes in a surprisingly nice blue hardcase, with a velvety interior that hold both the controller and two receivers; a USB charging cable is also included in the case under the lining. The receivers allow you to hook it up to either a Sega Genesis or basically any modern system with USB - it even works on the Switch.

On handling the controller, the quality of the materials is immediately clear - it really does feel as nice as the original. Buttons are responsive and the d-pad has that distinctive feel Genesis d-pads always had.

There are some additions, too - a pair of L and R buttons on the top, along with Home and Select buttons on the face just below the Start button. These aren't functional when hooked up to a Genesis, but work as expected on a PC or Switch.

The wireless pairing was simple and fast, and worked reliably. The 2.4 ghz connection also means there was no perceptible lag - something that can be an issue with bluetooth. 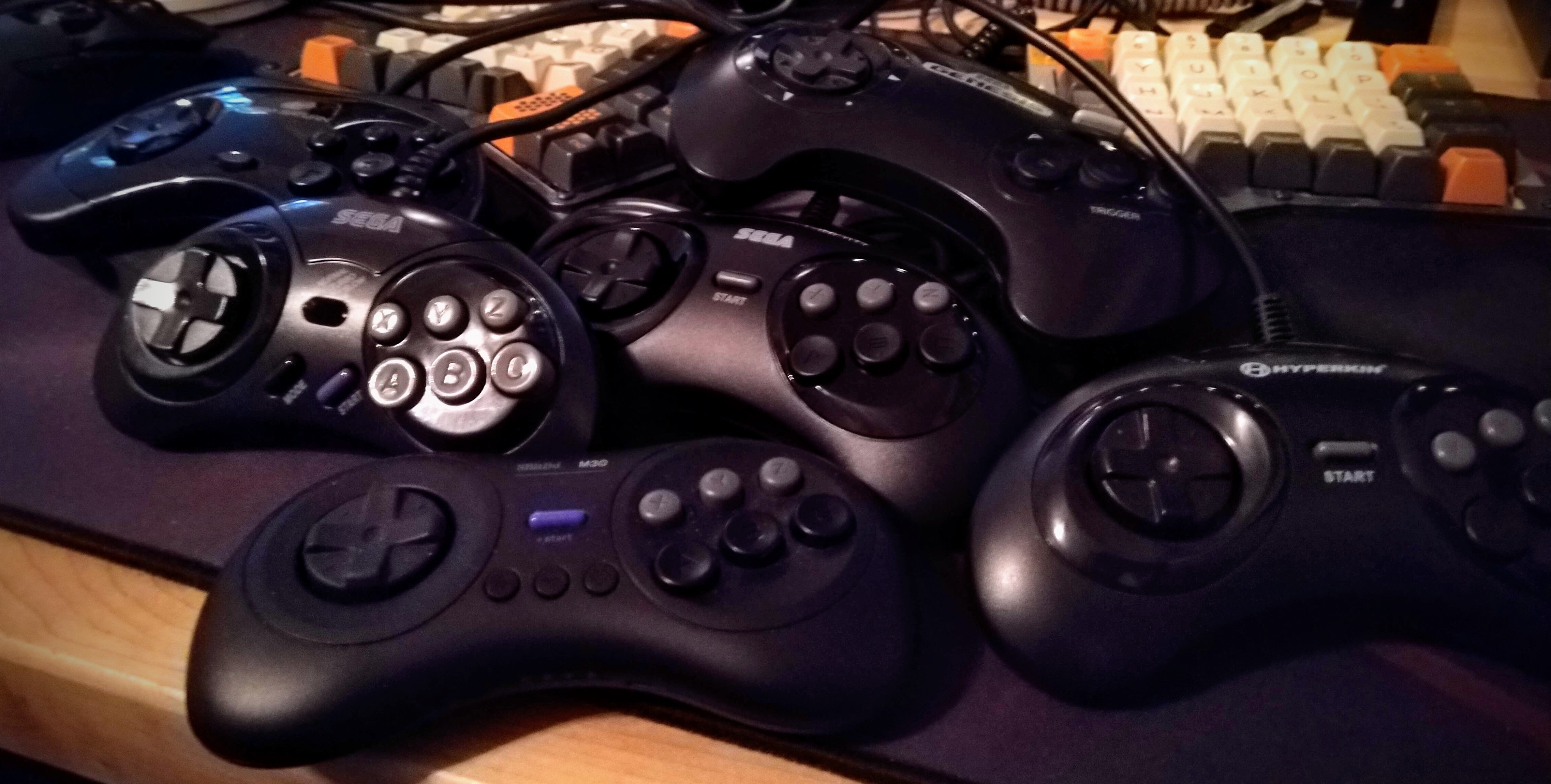 The competition. I... may have a problem.

I pulled out a large set of various Genesis controllers I have - a pair of original six button controllers from my childhood, modern reproductions from companies like Hyperkin, and other new alternatives like 8bitdo's M30.

Retro-bit claims this controller is the same quality as the original, and after doing direct back and forth comparisons I completely agree with that assessment - aside from the new shoulder buttons and the lack of a cord it feel completely identical in the hand to my original six button controllers.

It also compares favorably to other modern reproductions - the Hyperkin six-button controller here is... okay. The d-pad works fine, but the controller is clearly lighter and lower quality, and I actually had to sand down part of a button because it was sticking.

But once you compare it to the 8bitdo M30 things get interesting. 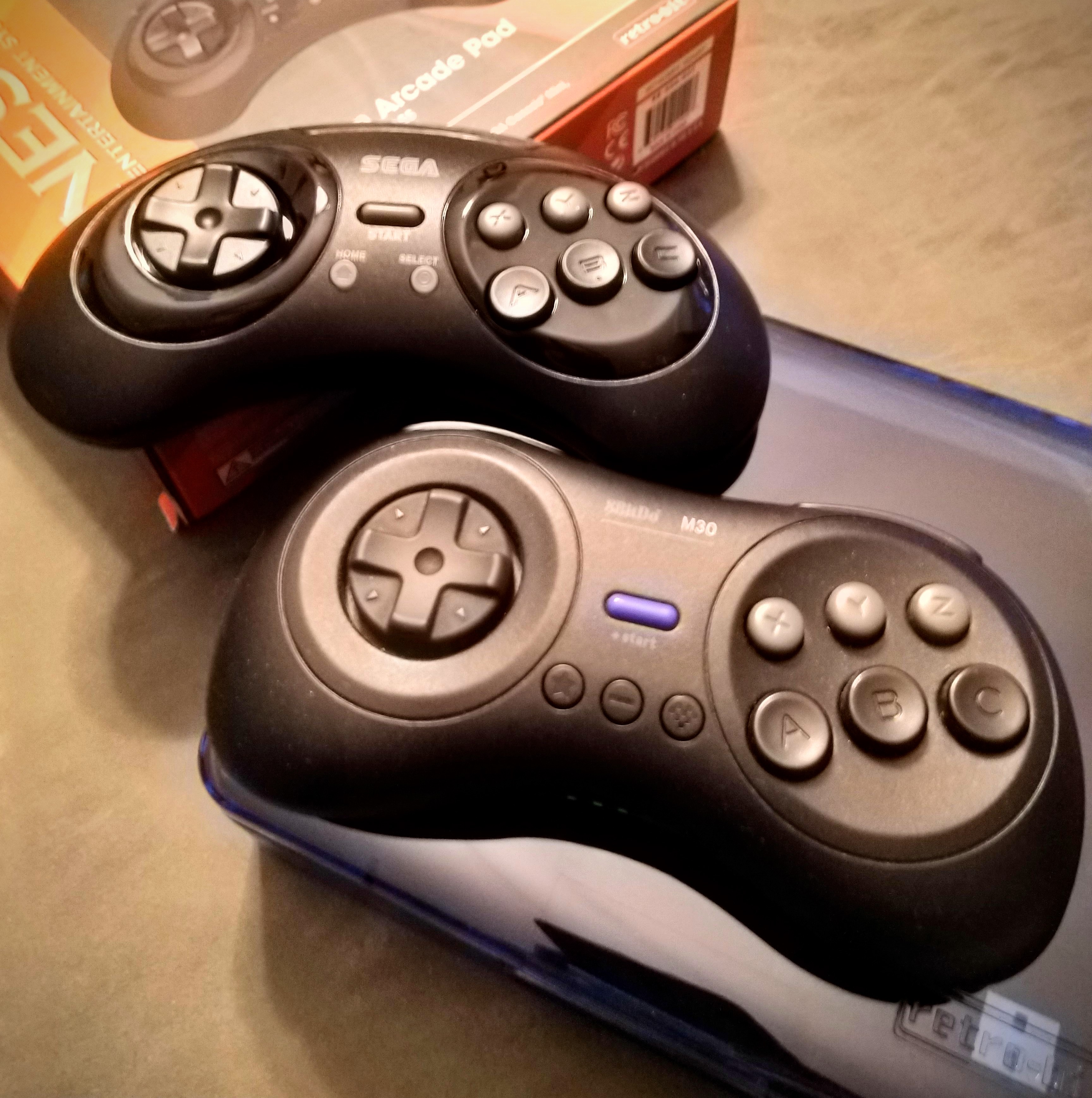 The retro-bit controller really does completely recreate the original Genesis pad - it's entirely faithful to the shape and feel of that controller you know.

8bitdo, though, took a different approach. The M30 is clearly inspired by the Genesis controller, but it isn't a slavish reproduction - the overall shape has been smoothed, glossy materials replaced with matte, and button placement has been adjusted.

And after putting many hours in with both controllers... I think I actually prefer the 8bitdo. They're both very solid, but the 8bitdo actually fits my hands better.

Retro-bit's recreation of this Sega classic is a winner - it's every bit the high quality controller you could hope for.

If you grew up with this gamepad, it'll feel like an old friend.

...but the 8bitdo M30 might just have improved on that classic.

Faithful reproduction of a classic controller

New buttons are a great addition