Developer Psyonix sent out a tweet announcing that Rocket League's player base reached 30 million. "To all 30 million of our players around the world, thank you!"

DualShockers pointed out that 30 million includes guest accounts and players with multiple accounts, on top of sold copies. In other words, 30 million players registered.

That's still a huge deal. Rocket League boasted 25 million players just a few months ago in January. From that, I glean two things: that five million more players played Rocket League between then and now; and that by porting the game to Switch, that number could be even higher! Math. 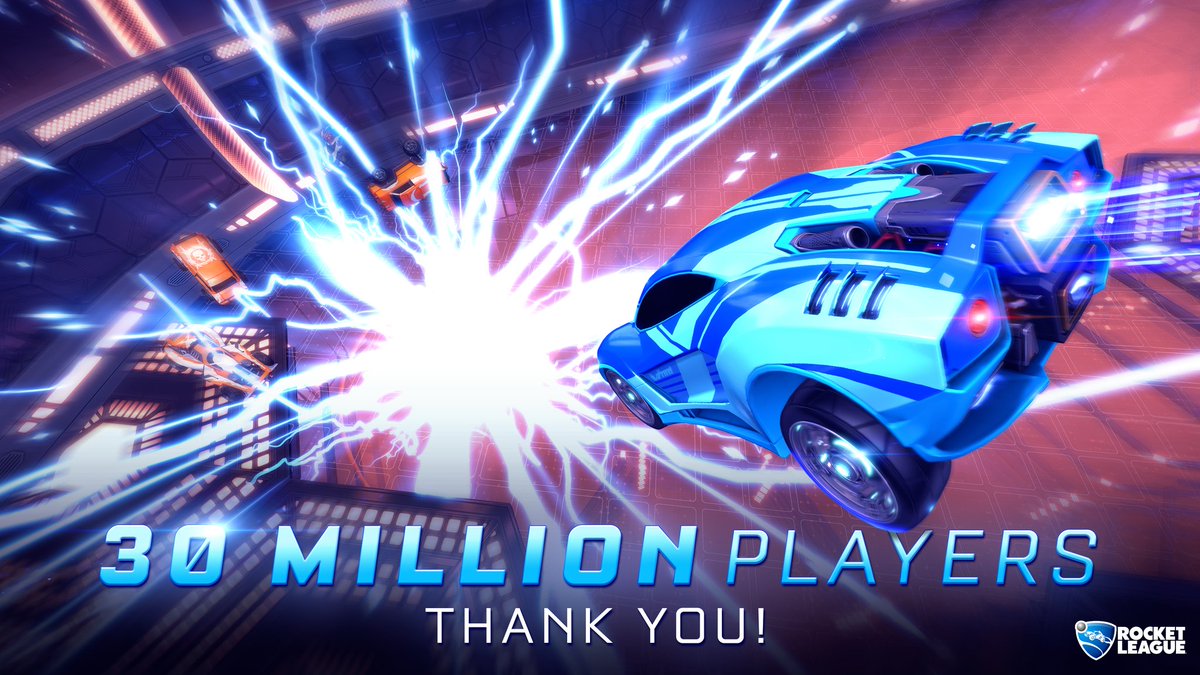 In Pysonix's defense, they're looking into answering the growing number of players asking for Rocket League (and other games) to make their way to Nintendo's successful portable console.

"Could we do it? Should we do it? And does the community want us to do it? Those are all things we have to consider, and if the answers are positive, then we would," said Psyonix president Jeremy Dunham in a previous interview in regard to playing car-soccer on Switch.

Based on trends, a Switch version of Rocket League seems possible. The game got its start on PS4 and PC, then raced onto Xbox One sporting cross-play support between PC and Xbox players. So clearly Psyonix is open to considering other platforms, and the Switch is selling well enough for more publishers to consider the venture.