While several publishers vied for the crown back in the genre's heyday, the cream of the point-and-click crop came from Sierra On-Line and LucasArts. The game you played first tended to determine which publisher camp you threw in with. I happened across a copy of King's Quest VI: To Heir is Human in the bargain bin at my local Kay B Toys. Between the awesome-looking minotaur on the cover and, later, Jane Jensen's exquisite Gabriel Knight and its sequel, my allegiance to the house that Ken and Roberta Williams built was unwavering.

Except for Full Throttle. Growing up, I was fortunate to have an uncle who encouraged me to learn (and play with) computers by sending me a new desktop every two or three years, and games much more frequently. One of those was Full Throttle. The cover showed a burly biker catching air on a tricked-out motorcycle with flames boiling over behind him. That was more than enough to go on, but Full Throttle's snappy writing, post-apocalyptic metaphor, and catchy tunes carried me the rest of the way.

Look, I Really Need a Ride

Full Throttle and its remaster—polished to a fine sheen by Double Fine Productions courtesy of Tim Schafer, the game's director back at Lucas—casts you as Ben, the leader of a biker gang who's framed for the murder of Malcom Corley, head of the Corley Motors motorcycle company. Ben's mission is to absolve himself of murder by catching the real culprit. That's important and all, but Ben is also concerned about the future of Corley Motors: Without the old man behind the handlebars, a diabolical new owner is poised to scrap motorcycle production and start cranking out minivans.

I played Full Throttle for the first time at 13 years old, when I was old enough to begin appreciating literary devices. Full Throttle's metaphor of a post-apocalyptic future where motorcycles are on the endangered species list and minivans symbolize conformity, was delicious to take in. The game's writing did it justice, and is more on point than ever today. 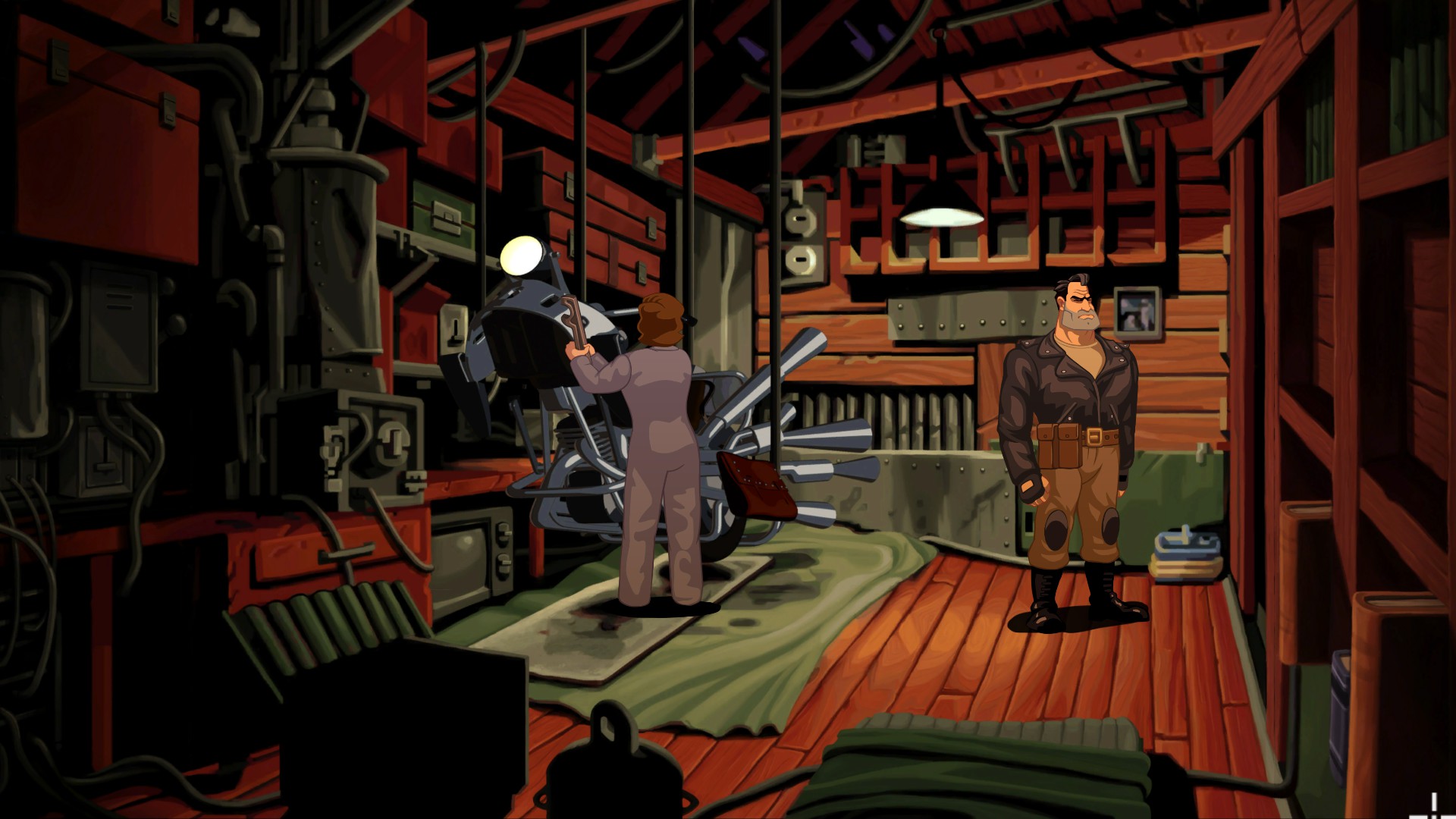 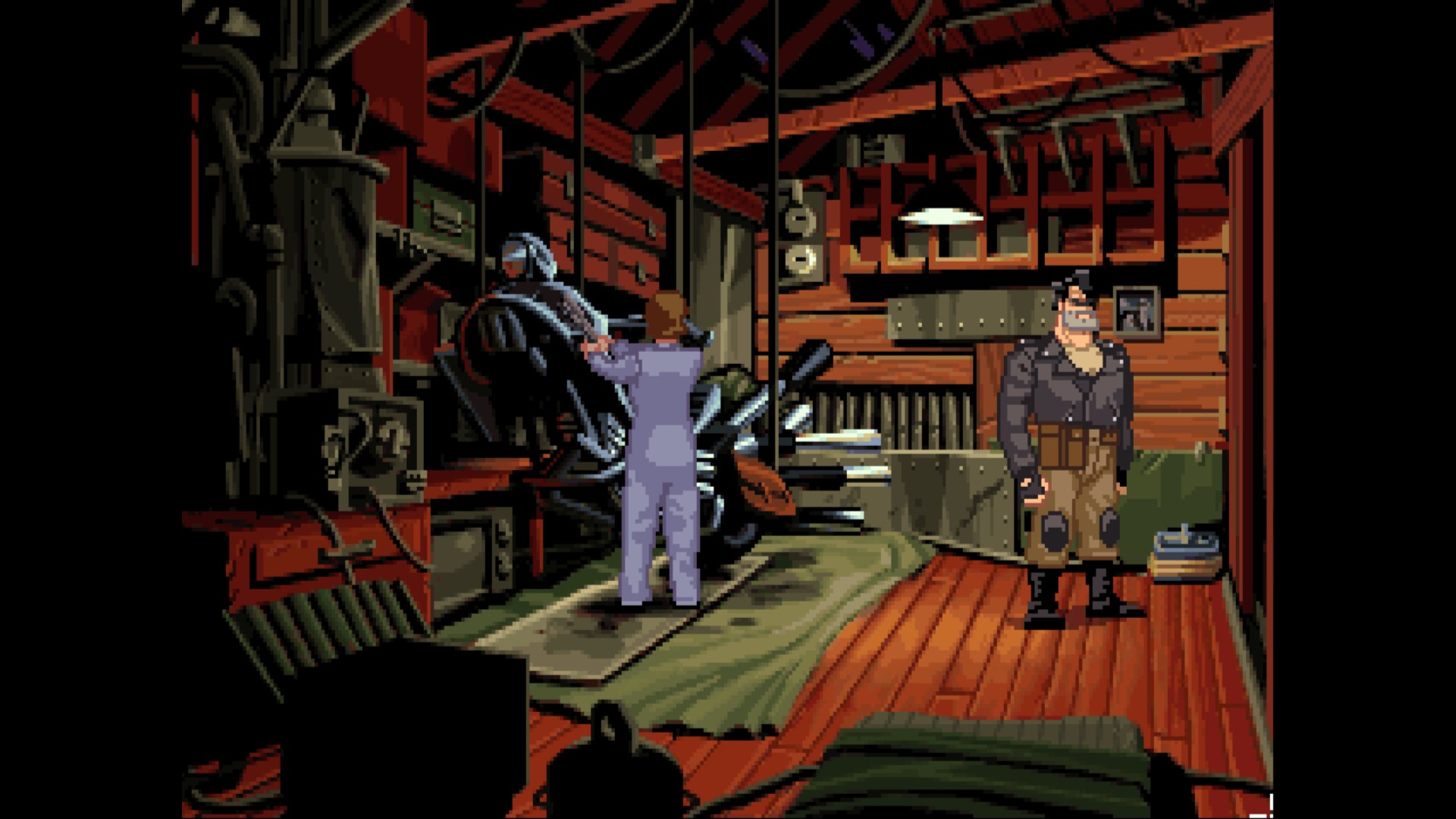 Full Throttle is on the short side—you can probably breeze through it in a few hours even if you get stuck a time or three—but every minute crackles with witty dialogue and spot-on delivery. Ben, Maureen, Malcolm, and the rest of the gang made an impression on me 22 years ago. I still quote favorite lines, and was pleased to find upon digging into Full Throttle Remastered that my fond memories weren't the result of peering into the past through rose-tinted glasses (or Cavefish goggles).

Let Me Show You How to Do That

Full Throttle Remastered received the same HD-makeover as 2009's The Secret of Monkey Island and 2015's Grim Fandango Remastered. It's a remaster, not a remake, so you have your choice of a new paint job and touched-up soundtrack, or, by pressing F1, you can indulge nostalgia by fading in a warm-and-fuzzy veneer of pixels and MIDI music. The transition between new and old is quick and smooth, and I took an inordinate amount of pleasure in jumping back and forth, marveling at how the chunky, old-school veneer did nothing to diminish its personality.

I likewise took a ridiculous amount of pleasure in recalling a few of the game's puzzles. You can get a hint by holding down the Shift key to highlight interactive items in the background, but only with HD graphics active. Fortunately I was able to figure out most of the ones I'd forgotten through simple intuition. That drove home a surprising realization that I could only have had in hindsight.

Adventure games exist on a spectrum. At one end, you have the original King's Quest, a groundbreaking yet punitive title that, mostly due to Roberta Williams' inexperience, let you get all the way to the end of the game even if you lacked critical items found much earlier in the game. Then there's The Walking Dead, virtually bereft of puzzles and more an interactive novel than a video game, appealing to players more interested in going along for the ride than solving abstract puzzles.

Full Throttle bridges the gap between those two extremes. Simple logic is all you'll need to crack most of its conundrums. It walks (or rides, popping a wheelie) a fine line between puzzles and storytelling, designed to know when to keep things moving and when to hit the brakes and ask you to do some thinking.

Very few of Full Throttle's puzzles fall into the trap of contrived, Rube Goldberg-ian sequences of seemingly unrelated actions that eroded the genre's first bout of popularity. Two exceptions occur near the end. While obtuse, they're hardly the most grievous offenders of 1990s puzzle design, but all the more glaring because most of the puzzles are so tightly designed. 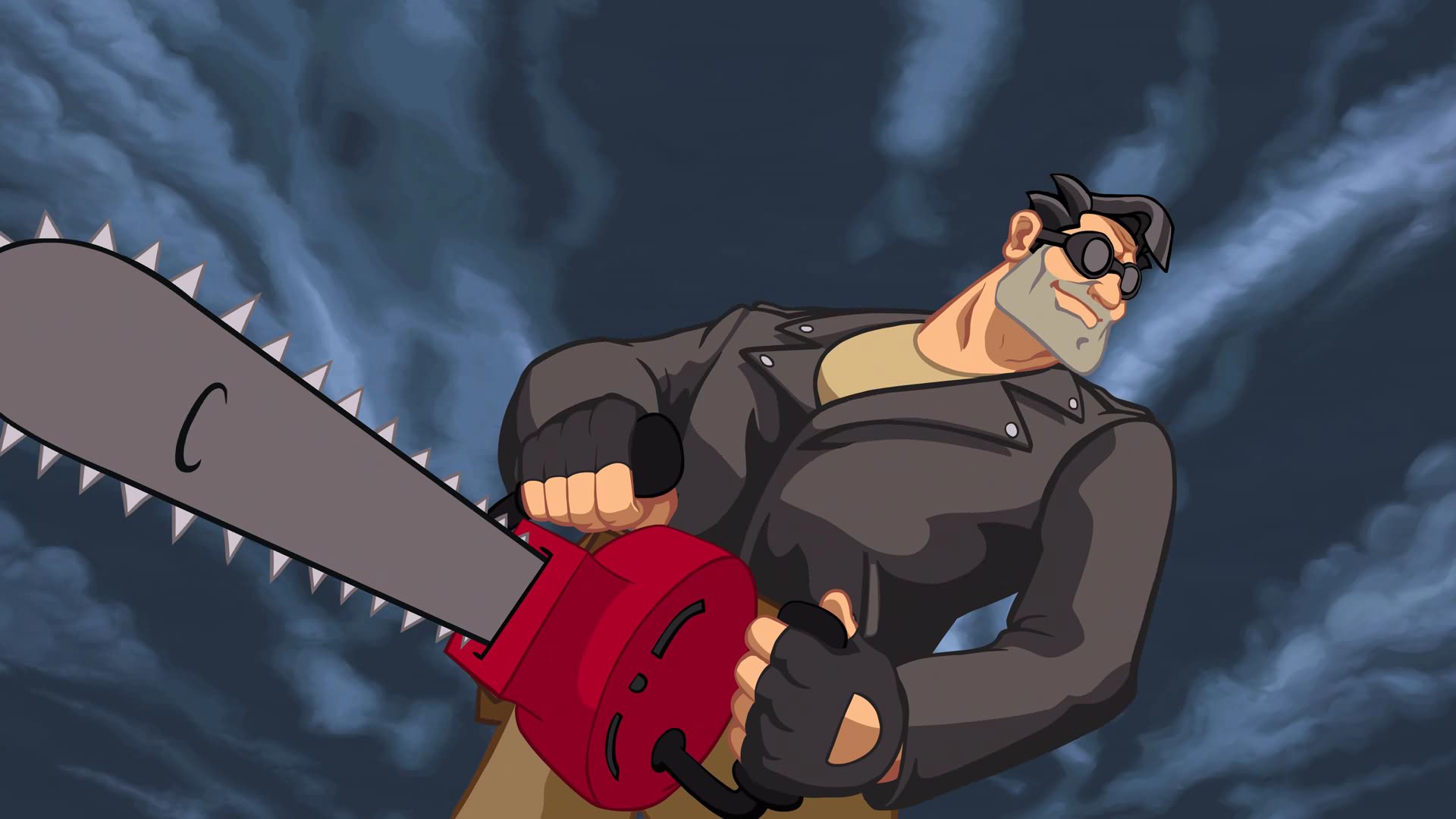 Full Throttle has only one major stumbling block. Around the halfway point, the game steers away from puzzles and storytelling and sends you along a winding road where you fight other bikers while riding. Your goal is to defeat opponents and gather the weapons they drop, which you have to use to best other riders. It's like a game of paper-rock-scissors, only tedious; outside of a couple of hints given by a mentor character, there's no way to tell which weapon you're supposed to use against the different riders, leaving you to try and fail and try again until you hit on the right weapon for each job.

One for the Road

Minor quibbles aside, Full Throttle hits all the right notes as deftly in 2017 as it did in 1995. Not only do its story, voice acting, puzzles, and audiovisual accoutrements hold up, younger fans weaned on Telltale's interactive movies might take to it due to its balance of puzzles and plot.

Full Throttle made waves for selling over a million units when most point-and-clicks were lucky to crest 100,000. I have my fingers crossed that Full Throttle will become successful twice over, and tempt publishers to put a little more "game" in their adventure games.

This review was based on a Steam download code provided by the publisher. Full Throttle Remastered is available now for $14.99 on PC (via Steam, Humble Store, and GOG.com), PS4, PS Vita, Mac OS, and Linux.