Heroes of the Storm is still using its PTR to test the "Heroes 2.0" update, a massive overhaul of the game's free-to-play mechanics with loot boxes and loads of new cosmetic items to collect. Today the company announced that it is also adding another Overwatch hero to its ranks, along with a new Overwatch-themed Battleground.

Cyborg Ninja in the Nexus

Genji the cyborg ninja is joining Heroes, confirming rumors caught by clever Internet sleuths a few weeks ago. Genji is highly mobile, and able to jump into the fray, split apart formations, and then get out quickly. His Trait is Cyber Agility, which allows him to jump to a target area. He can also throw shurikens, deflect enemy damage for a short time, and do a Swift Strike. As a bonus, any enemies that die within two seconds of being hit by Swift Strike resets the cooldown and Mana cost so you can use it again.

His Heroic Abilities include Dragon Blade, which lets him attack in a lunge and also resets the cooldown on Swift Strike, and X-Strike, which ignites two slashes. 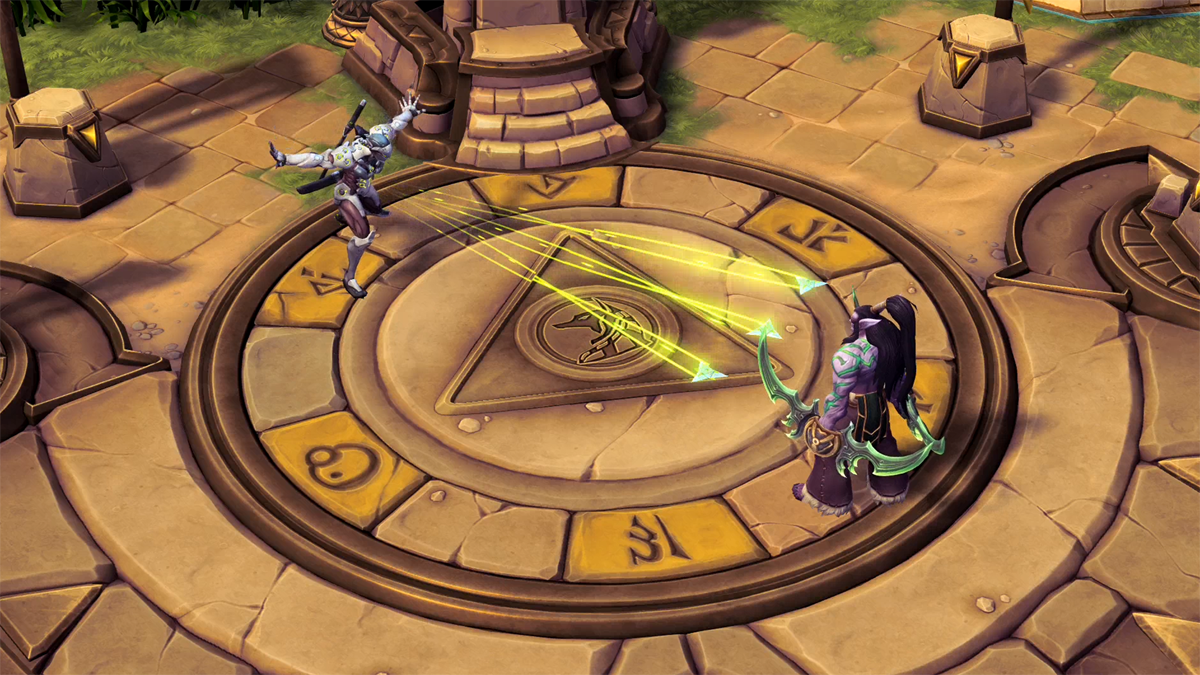 In my experience playing as Genji during a Heroes of the Storm 2.0 press event, Genji was by far the more challenging of the two new characters. In contrast to Cassia, who was also being shown at the event, Genji feels like a character made for high-level play. He's vulnerable to attack if a player doesn't properly use his agility, and many of his abilities have narrow areas of attack that make precision aim important. In the right hands, though, he's an assassin through-and-through.

"He's super mobile, he moves around in a way no other characters do in the game right now," said Heroes producer Kaeo Milker in an interview. "That gives him a really unique position to attack the back line. He's not all about sustained damage, but he's about getting to places other people can't get to. He's a really cool fun iconic character who happens to work really well in our game."

Finding the right Overwatch inclusions can be a challenge, Milker said, because the team tries to avoid overlap with existing characters. It wants each of the additions to occupy their own space. So while Genji was a "no brainer" in terms of his iconic brand, it was more important that he have a unique gameplay hook.

"We've had people ask, are you going to bring Widowmaker in? It's going to overlap with Nova's kit and visually it would overlap with Nova. Or, you know, Roadhog and Stitches. There's things where like, they don't have an interesting space to occupy. Genji had a lot going for him."

In a bit of thematic synergy, Genji is coming right alongside a new map modeled after Hanamura, the recognizable Japanese map in Overwatch. This two-lane battleground introduces a new Payload mechanic, which is necessary to win. Players can't attack the opposing team's core directly–instead, each core can take seven hits from a missile, which is activated when a payload reaches its destinate. Both payload paths are criss-crossing simultaneously, so teams will have to escort their own while fighting back the other. 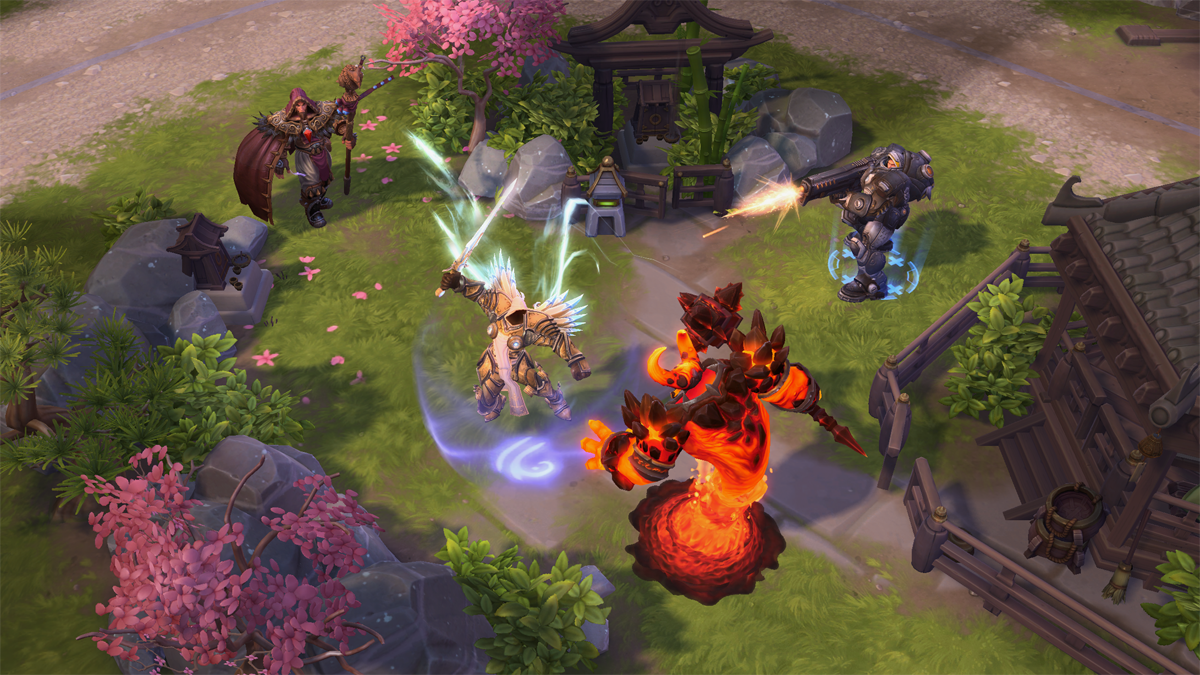 Yes, now in Overwatch, you can tell your team to get on the bloody payload.

A new boss character, the Mega Enforcer, can also damage the core, but only after your team works together to defeat it.

"Once we thought we wanted to try Payloads, we really started playtesting them and trying all different things," Milker said. "Starting with, what if each team had an attack/defend and you get your turn and then we flip it? That mixed up the game a little more than we were comfortable with. Our map objectives are really about changing the way you play. So we early on decided we wanted to have two payloads active at once."

For more on Heroes of the Storm, check out our interview with Kaeo Milker on the 2.0 update.

This Heroes of the Storm feature was conducted at a media event where transportation and accommodations were provided by Blizzard.