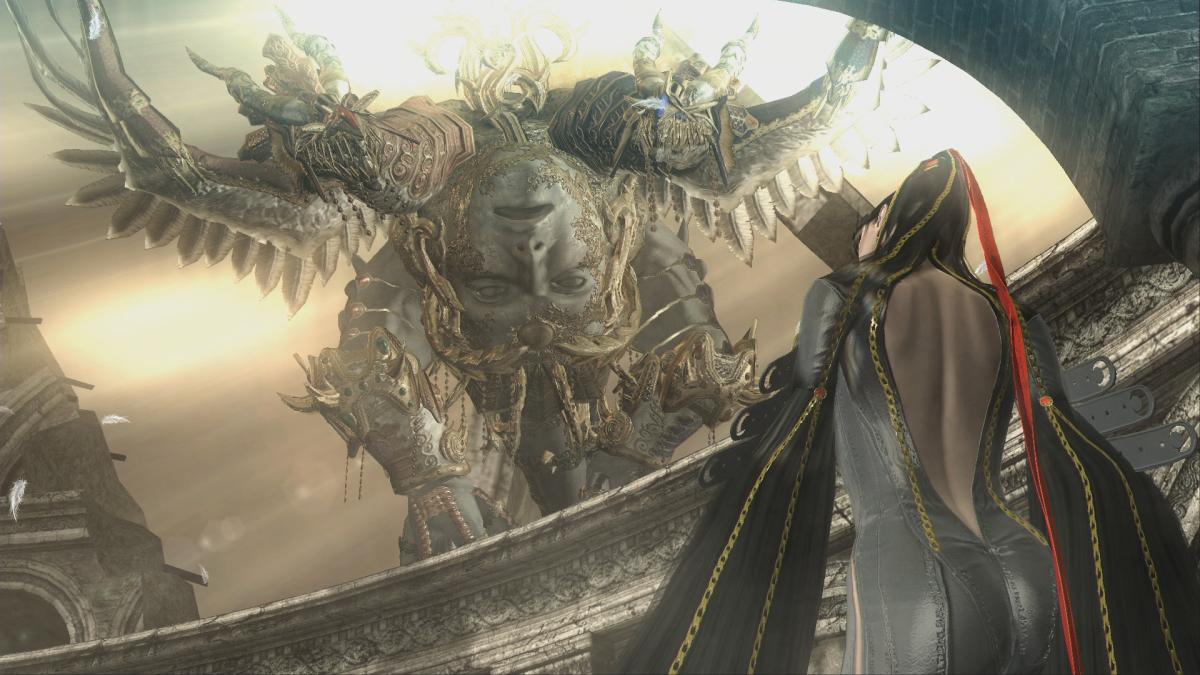 PlatinumGames and Sega had a little fun with everyone on April Fool's Day with the release of an 8-bit version of Bayonetta on Steam. Inside the achievements was a link to a website with a countdown timer set for today. Well, surprise! Bayonetta has been remastered, and is now out on Steam.

Bayonetta, the pistol-wielding librarian-looking witch with hair that a holodeck would love, now can be played in full 4K resolution and full 60 frames per second. It offers keyboard and mouse control, and supports Steam achievements, Steam cloud save, trading
cards, leader boards, and big picture mode. It is an upgrade of the original PS3 and Xbox 360 version released in 2009.

The Digital Deluxe Edition is available and the Bayonetta standard edition cost $19.99 until April 25. It comes with a soundtrack sampler, digital art book, and exclusive wallpapers and avatars.

“We are dedicated to bringing high-quality, best practice PC conversions of our back catalogue games to our fans, and Bayonetta was a great fit.” said John Clark, Senior Vice President of Commercial Publishing for SEGA Europe. “Bayonetta is one of the most often requested PC conversions of our games, so finally being able to launch it on Steam is fantastic. There’s more to come!”

Bayonetta is probably the highest profile remaster that Sega has brought back to date. Previously, it has converted and released Typing of the Dead, Valkyria Chronicles, and the SEGA Mega Drive Collection on Steam.