Heroes of the Storm '2.0' Update Gives a New Free-to-Play Foundation

Heroes of the Storm is getting some major changes to its underlying systems, albeit in a way that should feel familiar to players of Blizzard's other popular online games like Overwatch or Hearthstone. The team is treating this as a sort of soft relaunch, dubbing it "Heroes 2.0" to signify the breadth of the changes. They're ambitious, and you can start trying them out today in the open beta.

Ramping Up the Loot

At the center of the changes is a new progression ramp. Blizzard has found that high-level play was tending to turn into a grind, with wide gaps between rewards. It set about reorganizing its leveling structure so that players would feel rewarded more often. Rather than 10-15 hours of play for a single level, you'll now earn them after only a few hours. To that end, the Hero level cap has been raised to be functionally infinite. Your player level will be the sum total of all your Hero levels. 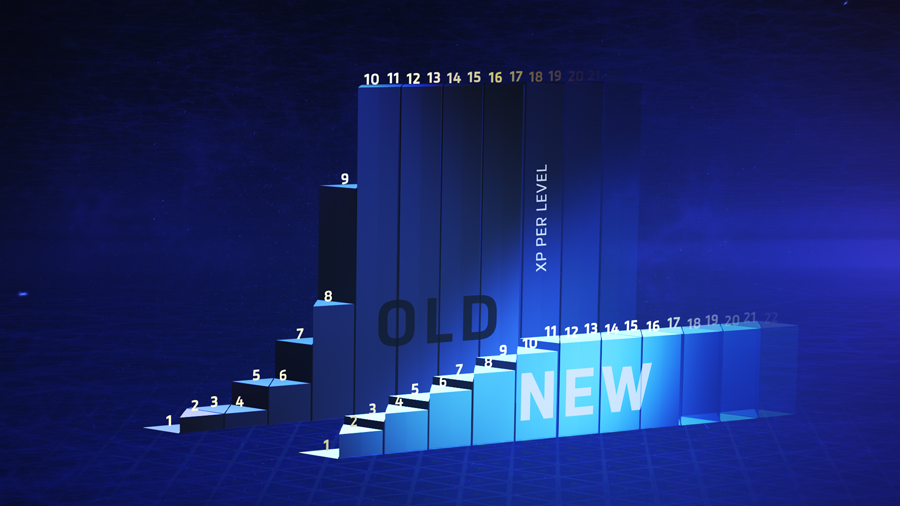 Each new level up grants you a Loot Chest, and you'll get bigger (Rare and Epic) loot chests at particular milestones. You can also receive Hero-specific loot chests at every 10 Hero levels. Some items will even be exclusive to chests, and if you get a bad roll, you can use in-game gold to reroll your chest. The goal is to make almost everything in the game available to players, including those who opt to spend no money at all.

Those Loot Chests will feature some of the cosmetic items players already know, like Portraits, but the launch of 2.0 will also include several new loot types. Those include: 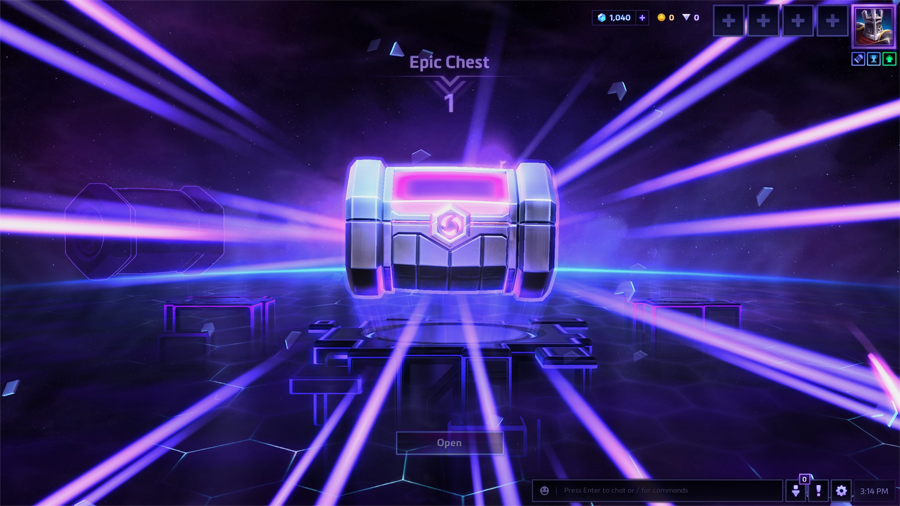 All of this is organized in the new Collection interface, which keeps track of all your items, lets you customize up to three Loadouts per Hero with your chosen skins, mounts, announcers, and more. You can craft cosmetic items using Shards. The update will also add Gems, which replaces the real money currency. You'll get 1,000 Gems as a reward for reaching Player level 5, and then you'll keep receiving them occasionally as you progress from there. Gold will remain in the game, for purchasing new heroes and rerolling Loot Chests. 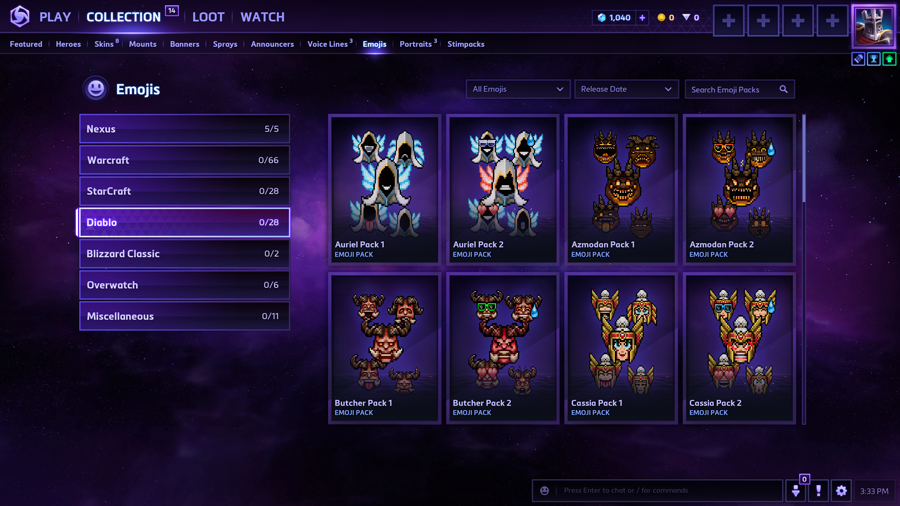 An Amazon Enters the Nexus

Finally, today's updates are also adding a new hero to the Nexus. To mark Diablo's 20th anniversary, Cassia the "Javazon" war matron is being added. Cassia is a ranged Assassin character who is especially hearty thanks to her Avoidance trait that grants 65 Physical Armor against Basic attacks while moving unmounted.

Her Basic abilities include Lightning Fury, a javelin throw that splits in two after hitting its first enemy, and Blinding Light, which blinds enemies in a target area. Cassia can also do bonus passive damage to blinded enemies, whether or not she was the one to blind them. Fend lets her charge at enemies, at the cost of reduced damage to non-Heroes. 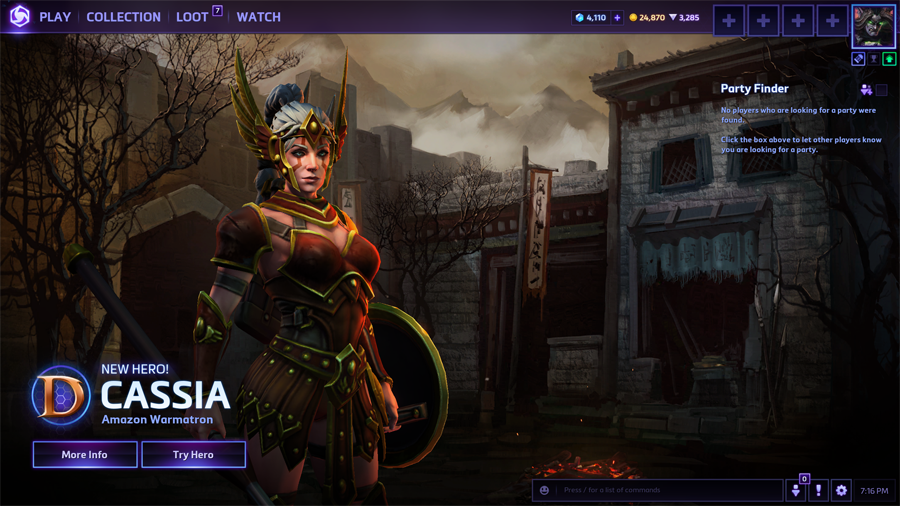 Her Heroic abilities are powerful and very distinct from each other. High-level players will likely get the most use out of Valkyrie, which can pull an enemy into her range from the back-line, and knocks away any other Heroes in her way. It's a great tool for breaking up enemy formations. Less seasoned players like myself can choose the set-and-forget Ball Lightning, which bounces between enemy Heroes and even Cassia herself, doing heavy damage each time it hits an enemy.

This Heroes of the Storm feature was conducted at a media event where transportation and accommodations were provided by Blizzard.

Stela, from Halo Infinite co-developers, set for Switch and PC in March