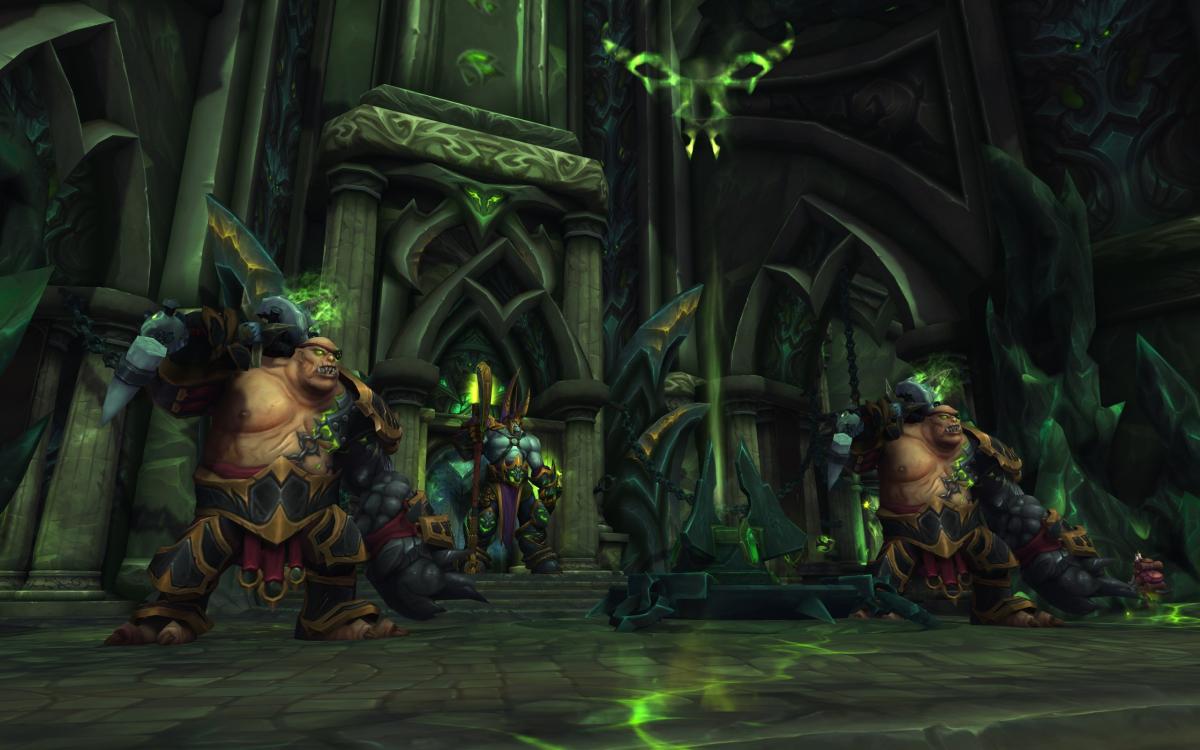 World of Warcraft 7.2 Patch Will Take Servers Down For 8 Hours

World of Warcraft has some big changes coming in its 7.2 Tomb of Sargeras patch tomorrow, including a new dungeon, artifact additions and a new faction and incursions to prepare for the opening of the Tomb of Sargeras raid. But to get the content, as always, you need to wait for the server update to add it.

Blizzard has announced that servers will be going down from 6 a.m. PT / 9 a.m. ET until 2 p.m. PT / 5 p.m. ET. Most players have probably already downloaded the bulk of the patch in a preload via the Battle.net launcher (oops ... Blizzard launcher), so there should be a minimal download needed before you can play the game again. Blizzard has been hit or miss with big updates and relaunching the servers when promised, so it might be waise not to plan a raid tomorrow, or at least have a backup plan.

Don't expect to jump into the Tomb of Sargeras raid immediately tomorrow. If Blizzard sticks with its previous releases, the raid will be released in sections a week apart, with heroic launching soon after all section of the normal raid have been opened.

Also, if you have been waiting to start flying in Legion, the final achievements are included to grant every character on your account the ability to take to the skies again.

To entice more people to try the game, Blizzard is also offering the Legion expansion at a 10% discount for a limited time in the Blizzard Store.

Here are the full patch notes:

Return to the Broken Shore and take the fight to the heart of the Legion's power on Azeroth. Begin your journey in a new Scenario, and then lead the Armies of Legionfall against the demonic invasion of Azeroth.

The dynamic ebb and flow of Broken Shore will keep you on your toes as new World Quests, bosses, treasures, and a powerful demon command ship called the Sentinax make for an exciting new experience every day.

Join a region-wide, cross-faction effort to construct buildings that open new content and provide a variety of benefits to help in the fight against the Legion.

The upper chambers of the Tomb of Sargeras were once a place of worship to Elune. Since the Legion's invasion, fel minions have desecrated this holy place, twisting it into their own image. Now, this site will host a battle that could turn the tide of the invasion. While the Armies of Legionfall engage the fel army directly, a small group of heroes infiltrates the upper reaches of the cathedral in a desperate hope to return the Aegis of Aggramar to its resting place. Inside this new dungeon, you’ll face:

This new dungeon is available in Heroic, Mythic, and Mythic Keystone difficulties.

After securing a foothold on the Broken Shore and making progress with the Armies of Legionfall, every class continues its own campaign to unify in the war effort. Your Class Hall will be the base from which you will embark on a new quest chain, find a new potential Follower, and discover new class-specific World Quests.

Once your class campaign and the Legionfall campaign on the Broken Shore are complete, all new epic class mounts will become available to those who finish the subsequent class mount quests.

The Burning Legion is preparing to assault Azeroth with renewed determination. After you regain a foothold on the Broken Shore, don’t be surprised if Broken Isles zones later come under attack. It will be up to you to fight to drive the Legion back and defend the lands of your new allies.

Flying in the Broken Isles

Reputation earned beyond Exalted will now contribute towards earning additional rewards from Broken Isles faction emissaries. These new reward caches have a rare chance to reward new faction mounts, such as the Highmountain Elderhorn, Wild Dreamrunner, and Leywoven Flying Carpet.

A series of new twists on popular player-versus-player activities are on the way. Starting with “Southshore vs. Tarren Mill”, “Gravity Lapse”, and “Warsong Scramble”, PvP Brawls offer a variety of mode, rules, and scenic changes to the usual Battleground gameplay. Look for the Brawl option in the Group Finder (default hotkey: i) Player vs. Player tab, under the Casual selection.

Something nefarious is going on in the world of pet battles, and it’s worth a closer look. If you have at least one level 25 battle pet, speak to Breanni in Dalaran to get directions to this new scenario.

Your weapon isn’t the only thing increasing in power. From dungeon drops to World Quest rewards to items created with your professions, your armor upgrades at higher item levels than before. All the better to fight the Legion!

A new ‘Sets’ tab in the Appearances UI is where you’ll find this new way of tracking item sets from previous Raids, PvP Seasons, and more.

The launch of Legion included many updates to class animations, sounds, and spell effects. These improvements continue in Patch 7.2 with updates to Hunters, Death Knights, and Balance Druids.

Tab targeting has been updated to feel more consistent. While in combat, you will no longer be able to accidentally tab to a target that is out of combat with you, unless you are looking to a new target and your hostile enemies are behind you. Furthermore, you’re no longer able to tab to a target that neither your character nor your camera can see.