Dropmix is a Music Card Game Coming From Harmonix in September

From the  "really cool, but really weird" department, Hasbro and Harmonix have announced Dropmix, a new music game that uses cards to create various mixes and sounds. Oh, and throw in a free app from the App Store.

The game starts with a board that has five card slots. Placing a card in the slot starts playing whatever is listed on the cards, such as bass, beat, loop or vocals. The cards have NFC chips on them that the board will read to play the selected music. Up to five cards can be used to create a unique sound. From the sound of the press release, the free app then combines the cards into a musical selection, although whether it plays through the mobile device or the board itself isn't clear.

Harmonix has already signed on a bunch of big name artists to use their songs, including “Take Over Control” by Afrojack, “24K Magic” by Bruno Mars, “Closer” by The Chainsmokers, “Sing” by Ed Sheeran, “Centuries” by Fall Out Boy, “I Want You Back” by The Jackson 5, “All About That Bass” by Meghan Trainor, and “House Party” by Sam Hunt.

The game, which will retail for $99.99, will include the board and 60 music cards. In addition, Dropmix Play List packs will offer 16 cards for $14.99, and Discover Packs will have five cards for $4.99. The packs will begin releasing after the system is released some time in September. There are expected to be more than 300 cards by the end of the year.

“Dropmix offers an entirely new way to discover, experience and interact with music that’s social, fun and competitive," Steve Janiak, CEO of Harmonix, said in the release. "When players place their first cards on the Dropmix board this September, when they hear their first mind-blowing mix, they’re going to be completely amazed.” 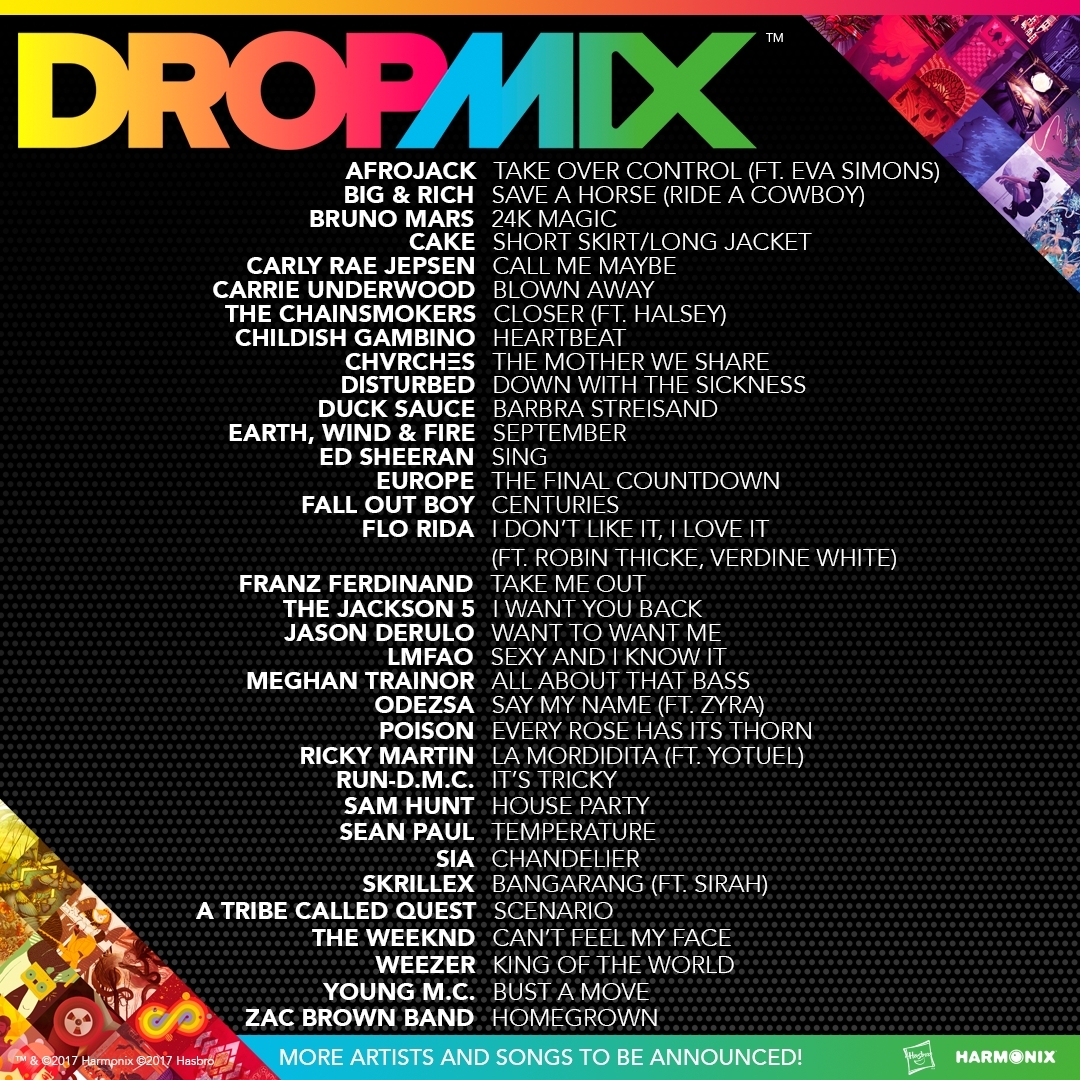