Darknet from indie developer E McNeill is a puzzler that puts you in the shoes of a hacker tasked with stealing data from various networks around the world. Each network is represented by an interconnected series of nodes, each of which contains a puzzle you must solve to take it over. Not only is each node in Darknet a puzzle, though, but the way the nodes are connected and how they relate to each other is also a puzzle. By solving the metapuzzle of the interconnected nodes, you can completely take over a network. Once you take over a network, you're free to head to the next assignment.

The Puzzle of Darknet 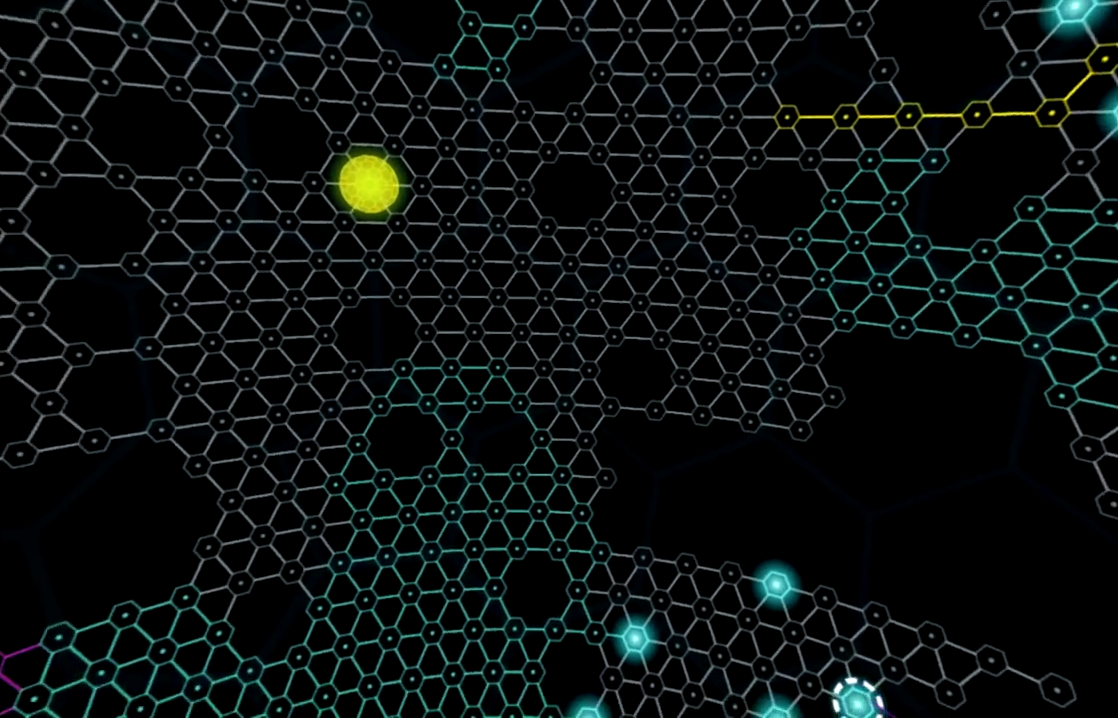 The core gameplay of Darknet is simple. When you enter a node, you have a certain number of viruses you can deploy to anti-virus points throughout the node grid. Once you deploy a virus to an anti-virus point, it will radiate outward and spread to adjacent grid points. However, if it comes in contact with another anti-virus, the anti-virus will stop and reverse and progress your virus might have made. Once the virus touches the core, you take ownership of the node. Smaller nodes have smaller grids and less anti-virus protection, while larger nodes may have firewalls blocking your way to the node core, which you must take over to take ownership of the node.

The most interesting facet of Darknet is that you don't even have to solve each node's puzzle to take them over. Instead, you can take out larger nodes called Sentinels that provide shielding to other nodes. Once a node is unshielded, you can deploy a Hydra to any node you have taken over that will spread throughout the network and take over any unshielded nodes. Each network has a root node, the taking over of which is the primary goal of each level.

You can also use Exploits to help in your quest to take over the network root. Exploits can be deployed to enemy nodes, and they'll take down shields or firewalls to make a node more vulnerable. Target the right node with an Exploit, and you can save yourself from having to go through multiple node puzzles. 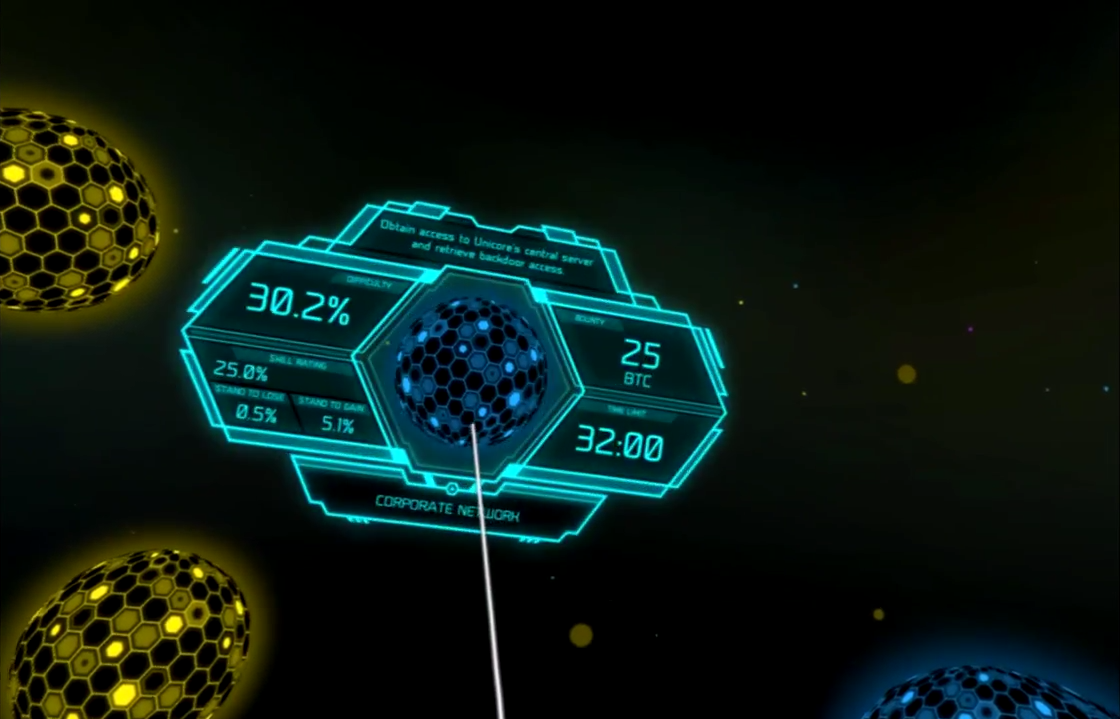 Darknet was made to emulate William Gibson's vision of cyberspace, and it succeeds to an extent. There aren't any trippy avatars floating about, but there is a sense of deep complexity that comes to live through the goggles of a PSVR or Oculus Rift. The neon color scheme is not only informative, but fun to look at, and Darknet is a beautiful game.

When you're concentrating on figuring out the best way to own nodes and take over the root of a network, it's easy to forget you're wearing a VR headset at all. In my opinion, that's what makes a virtual reality title successful. When and the view and gameplay seem natural, are when I'm happiest when using VR. Darknet accomplishes this in spades, and if you're a fan of puzzlers and couch-based VR experiences, you should give the game a go.

With the Darknet PlayStation VR giveaway, you have a chance to try it out for free. Just follow the instructions below to enter by midnight on Sunday, March 12. Keep in mind these codes are for PlayStation VR only, so please only enter if you own a PlayStation 4 and the PSVR headset!

The copy of Darknet used for this impressions piece was obtained via digital code provided from the developer.