Fire Emblem Heroes allows you to merge allies that are alike to make one single stronger hero. However, the game doesn't explain the best way to go about this process. What does "Merge Allies" mean, and when and why is it a good idea? We'll give you the answers to these questions in this guide about mergining your allies in Fire Emblem Heroes.

You can't get back any heroes you've used to merge allies, so make sure you read the complete guide before you make a decision to use the feature. Sometimes it's best to wait until the right time before you combine two heroes.

How to Merge Allies in Fire Emblem Heroes

The wording in the game makes it sound like you could merge any two allies, but that's not the case. To use the Merge Allies feature you must have two of the same hero. Once you have two heroes that are the same you can merge them by tapping "Allies" on the main castle hall screen, then tapping "Advanced Growth," and finally tapping "Merge Allies." 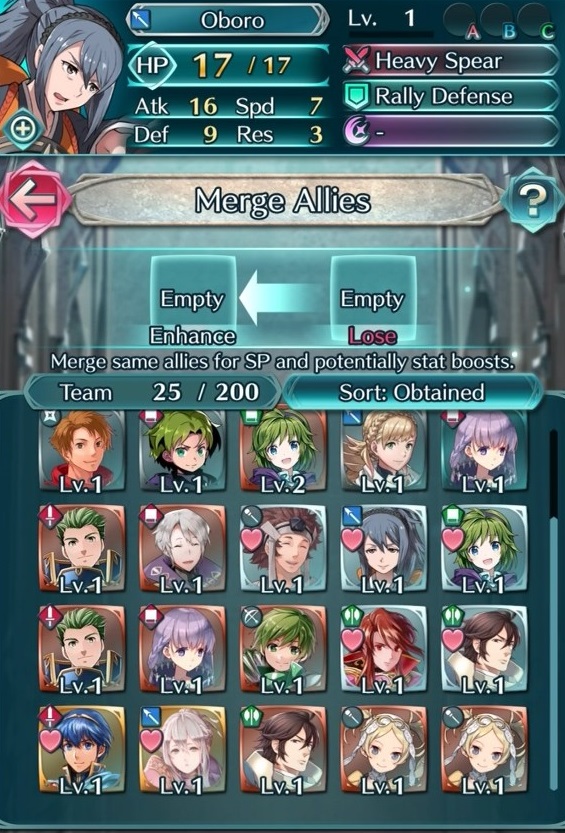 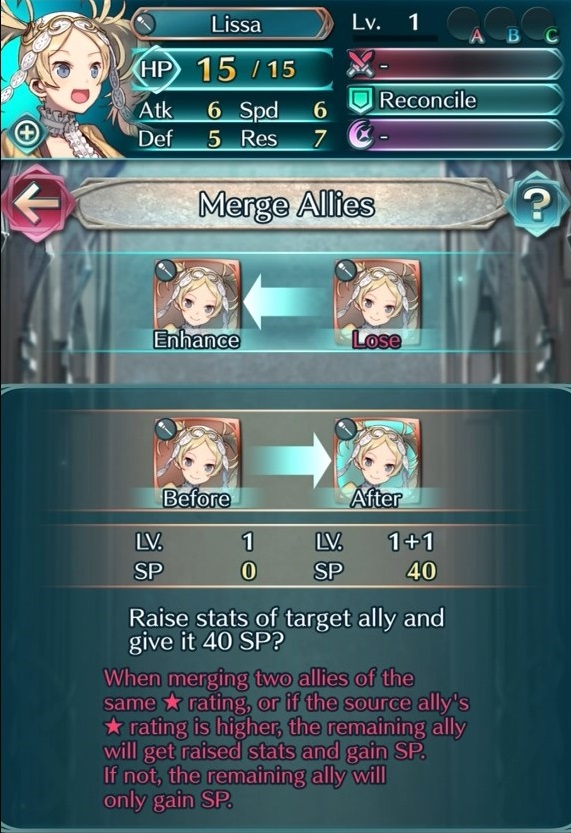 Another disadvantage to using Merge Allies is that once you unlock a hero's potential and raise their star rating, any stat boosts from using Merge Allies are negated. The best thing to use Merge Allies for is a short term stat boost and to clean up your character roster. You only have 200 slots to put characters in Fire Emblem Heroes. Merging like allies helps keep slots open so you can receieve new unique characters.

If you need more help with Fire Emblem Heroes, you can check our tips on how to level up quickly and unlock your heroes' potentials. Before you can unlock hero potentials though you might want to check our guide on how to get and use the Hero Feather. You can also visit our Fire Emblem Heroes guide for a wider selection of info.