"With the recent national push for more STEM programs for children in schools, partnering with City Dads Group and the Los Angeles Public Library was a great opportunity to highlight the level-design capabilities of Super Mario Maker for Nintendo 3DS," said Doug Bowser, Nintendo of America's Senior Vice President of Sales and Marketing. "This exciting event helped introduce a new playtime activity for the digital era that families can enjoy together."

Teens and families split into teams and learned under the tutelage of "Nintendo game experts," according to a press release. Nintendo's Mario-savvy builders helped teams build levels and then play through them, taking time to explain tools and the gameplay possibilities they offered depending on a team's vision for the level they wanted to build. 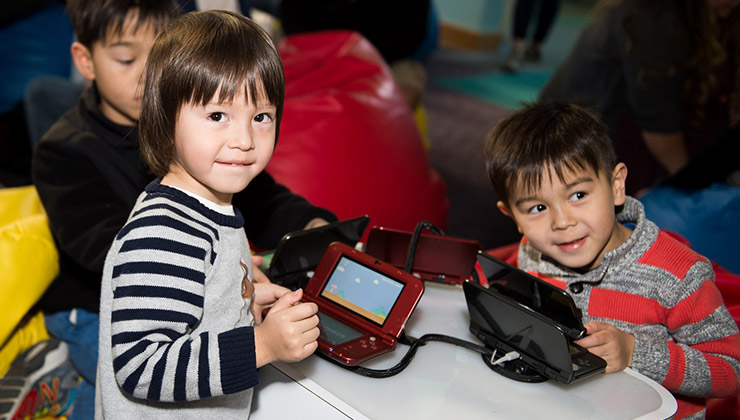 "City Dads Group was fortunate to collaborate with an amazing brand like Nintendo to host a game design workshop in the L.A. Public Library," said Lance Somerfeld, co-founder, City Dads Group. "The interactive event immersed dads and their little ones in winning experiences that are fun for the whole family."

Nintendo likely chose to feature the 3DS port of Super Mario Maker for convenience: a gaggle of 3DS handhelds take up less space and are more easily understood than an assortment of TVs and Wii U consoles.

Unfortunately, the 3DS version of the game fell far short of expectations upon its release last fall. "Without the ability to share levels, and with the user-created stages that are available so randomly populated, it's difficult to recommend Super Mario Maker for 3DS," concluded Shacknews editor-in-chief Steve Watts in his review for Modojo, our sister site. "The core idea is still strong, and if your interest is primarily in playing endless Mario stages without much care for who made them, it will fulfill that role. If you want to create, or engage in any sense of community, the Wii U version is still the way to go."