During the Nintendo Switch reveal event, Nintendo's console devleopers detailed many of the core features in the Joy-Con, the detachable controllers prominently making up the core control scheme of the Nintendo Switch. The Joy-Con is split into two parts when separated from the console, each side housing an analog stick, A, B, X, and Y buttons, and Left and Right Trigger buttons. When in TV mode, you can use the Joy-Con grip to combine the two Joy-Con controllers. The Joy-Con grip passively charges the Joy-Con controllers when they're attached, so it makes it easy to keep at full battery. 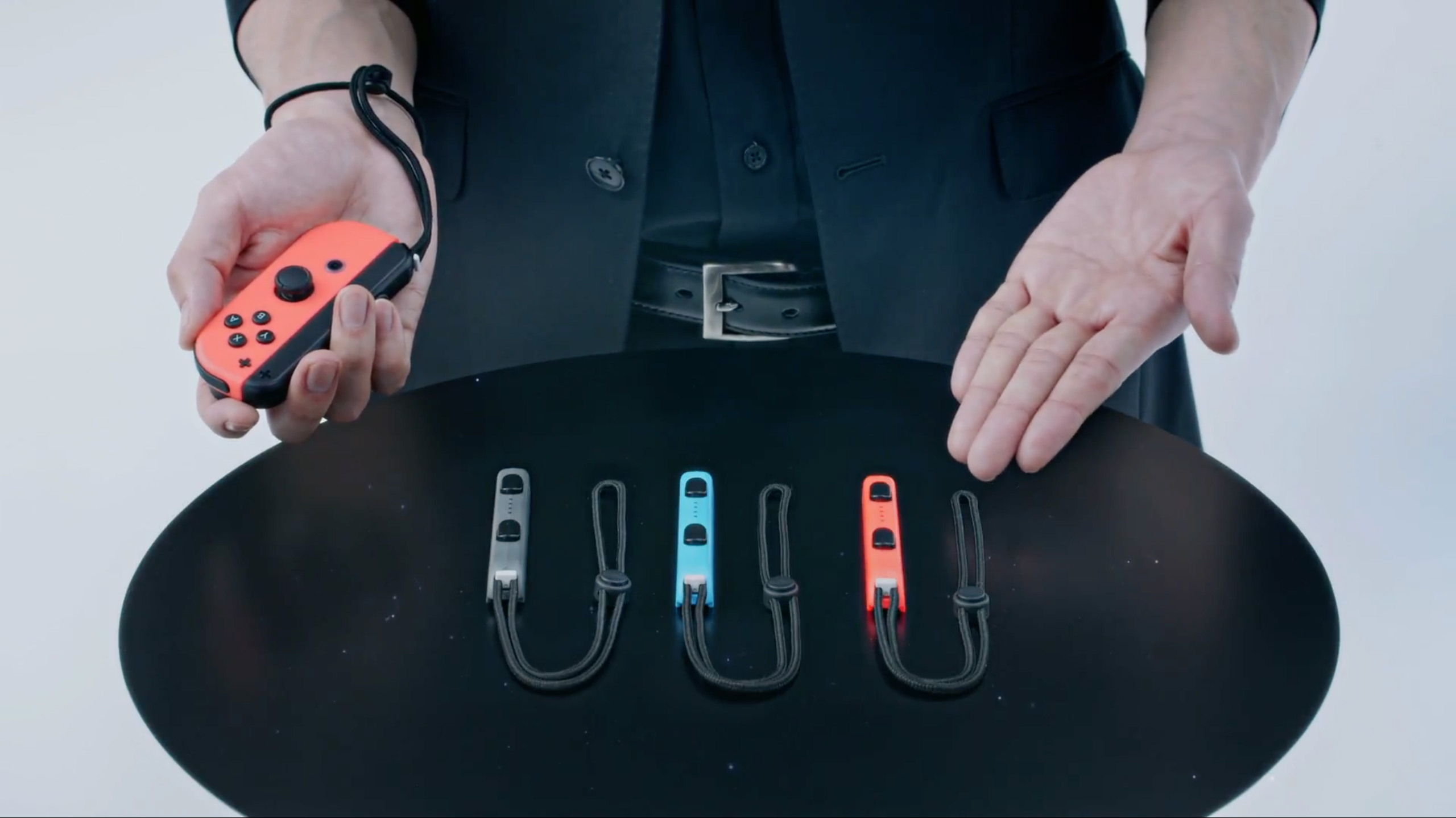 One of the notable new additions includes the share button, which will allow for players to capture screens to later be shared with others online. This will later expand to allow for the exporting and sharing of video clips. The Joy-Con also has NFC technology capable of reading Amiibo figure data, accelorometers for motion controls, and more sensitive rumble technology Nintendo is calling "HD rumble."  Additionally, the JoyCon will be available in black, red, and blue with detachable wrist straps not unlike those on the original Nintendo Wii controllers.

Joy-Con controllers, the left and right grips of the Nintendo Switch, will retail for $49.99 each. You can buy a complete Joy-Con set for $79.99. The Joy-Con charging grip will cost $29.99. Finally, a Joy-Con Wheel, a plastic shell that the peripherals snap into, will run you $14.99.