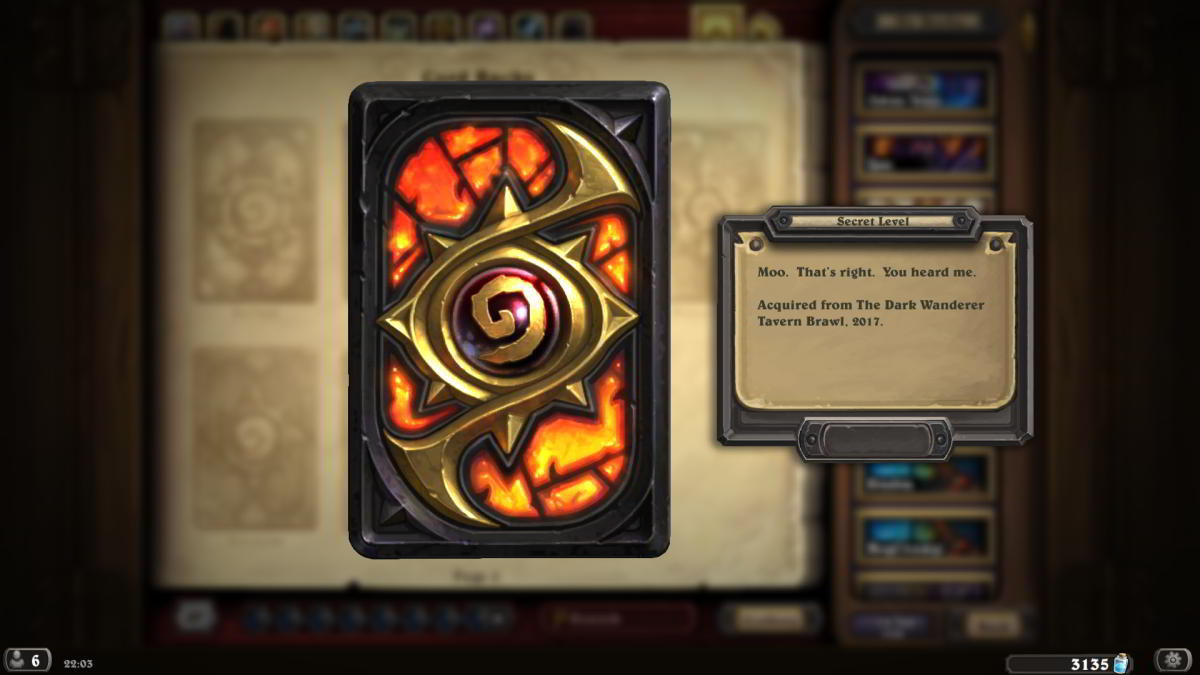 Hearthstone's Diablo-themed battle against the Dark Wanderer is now live

The 20th anniversary Diablo tributes continue to roll out, with Hearthstone's version now appearing as this week's Tavern Brawl.

Players will take on Diablo's Dark Wanderer, who will reveal numerous secrets from his deck. His hero power is "Summon a random Imp." Triggering his Secrets appears to open an "Enigmatic Portal" that transfers the player to a battle against The Cow King. Bovine-related hijinks ensue. The two minions that can counter-act Secrets, Eater of Secrets and Kezan Mystic, are not usable in the Brawl.

Winning the match, whether against the Dark Wanderer or the Cow King, will grant a new "Secret Level" card back.

The Diablo cards, secrets and spells are as follows (via Hearthhead):

Blizzard is planning other events in its games for the anniversary, with World of Warcraft now having a cow level for a limited time. The Diablo 3 patch 2.4.3 coming soon will also add the Darkening of Tristram throwback tribute levels.