For those that have played the classic entries in the Resident Evil series, you know that getting a new weapon could be tricky. Whether it was having to replace a shotgun hanging on the wall with a broken one, so a ceiling doesn't squash you or having to collect a plethora of keys to make it to the room containing a Magnum pistol, Resident Evil used to dole out its arsenal in doses. It seems Resident Evil 7: Biohazard is returning to that tradition.

There's been a lot of rumors and supposition about how combat with be in Resident Evil 7, but Producer Masachika Kawata's comments to GamingBolt confirmed that the game would offer plenty of weapons, but there would be a catch. Kawata stated:

“You’re going to be pitted up in situations where you’re still going to have to fight. You’re going to get a nice arsenal of weaponry. So that element you’re not going to see too much of a difference. The one thing I do want to point out though is the fact that the weapons aren’t going to be that easy to find. So until you find them and have that advantage, you’re probably going to be running around considerably a lot more,”

This means you'll more than likely spend your first hours having to run from enemies, but by the time you hit mid-late game you might get the satisfaction of taking the fight to them. In this screenshot, you can see a health upgrade locked in a bird cage, and I can't wait to see what diabolical puzzles Capcom will have you solve to get the items you need to survive. 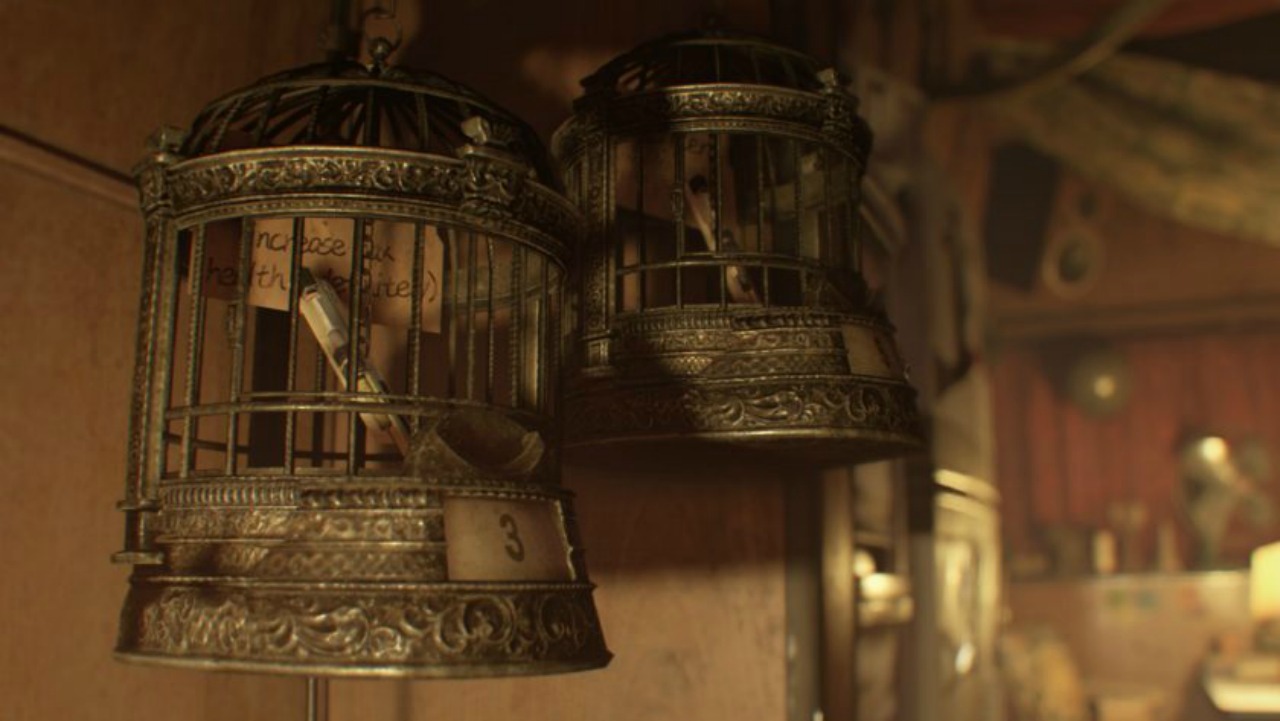