UK branches of McDonald's will partner with Nintendo to sell Super Mario-themed Happy Meals in the lead-up to the launch of the Switch in March 2017, according to promotional advertisements leaked by an informant of Nintendo Life.

From January 11 through February 7, customers who order a Nintendo Happy Meal will receive balloons, coloring pads, special craft paper that can be folded to resemble iconic Mario characters, as well as an eBook—a recurring feature in UK-based McDonald's restaurants.

"The 2017 promotions gives kids the chance to join Mario and friends on an adventure to help find their Yoshi," per promotional materials. "Through a host of activities featured in the activation kit, kids can use their imaginations to learn more about the Super Mario power-ups and use them to help look for Yoshi."

Toys are more than likely included in each Happy Meal, though the reference materials include no specifics in that regard.

As for Switch, Nintendo revealed the console/handheld hybrid in October. On January 13, the company will host a stream in which it will reveal an exact launch date, price, and offer previews of launch titles—one of which may or may not be The Legend of Zelda: Breath of the Wild. 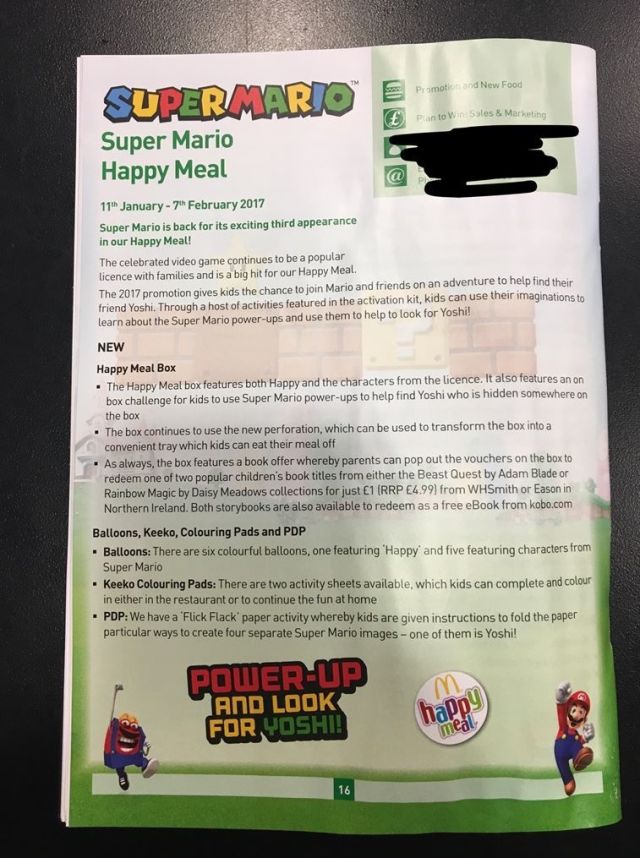