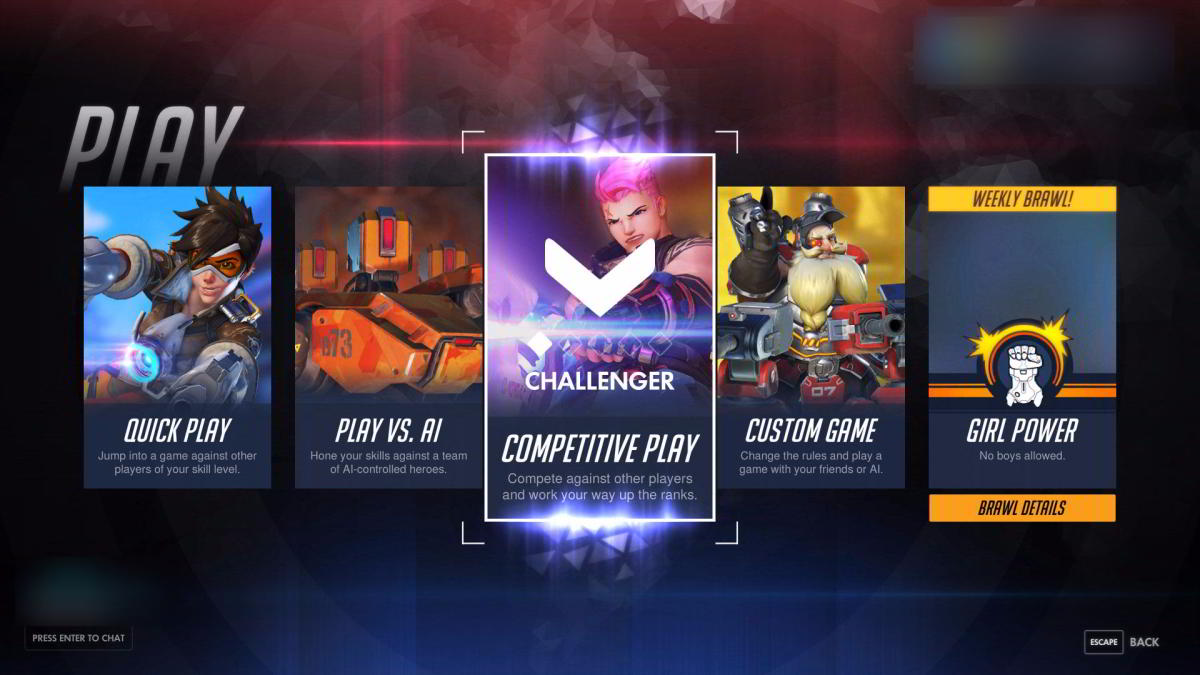 Season 2 in Overwatch Competitive Play will be coming to an end on November 24 next month, and the dev team already has changes on the public test realm for Season 3, most notably the way skill ratings will be calculated going forward.

"When Season 2 started, we had WAY more players in Gold and Platinum than we initially intended, and way fewer in Bronze and Silver," Principle Designer Scott Mercer explained in a post on the community forum. "This was the result of how we calculated your initial SR for Season 2. We tried to partially reset player SR at the start of Season 2, but the results were not as we expected. Instead, below-average players started Season 2 at a higher SR than they should have been given their performance in Season 1. This meant that as they played in Season 2, their SR would often drop to a lower value, which didn't feel great. It also meant that there was a much wider variation of skill in the Gold and Platinum tiers than we wanted. This is something we want to avoid in Season 3."

In plotting out the change, Mercer said fairness is more important than giving everyone a fresh start, with skill ratings to start lower in the beginning to avoid drastic drops despite a relatively even win-loss record.

"This change will mean that some players will not start in the same tier for Season 3 that they were placed in for Season 2, and that your SR gains from winning will be a little higher at the beginning of the season," he said. "After you play enough matches, however, your SR gains and losses will go back to normal."

Mercer said the changes will be closely monitored on the PTR to "see if our goals are being met." As with anything on the PTR, more changes could happen before they are poatched onto the live server, but he said they will try to give everyone advance notice to significant changes, such as possibly having to reset placement matches.

In another change, Season 3 will begin on December 1, giving players only a week of downtime between seasons instead of two. Blizzard will have a countdown timer in place to remind everyone when the new season starts.