Sorry, Wired. You don't know a thing about QuakeCon

An article from Wired about QuakeCon caught my attention this afternoon, and I felt someone needed to correct the countless issues with their take on QuakeCon 2016. "QuakeCon: 2,800 Gamers, 72 Hours, One Intensifying Smell," reads the tone deaf headline of Wired's article. Who better than Shacknews to explain what QuakeCon really is, and how Wired completely has missed the point?

QuakeCon 2016 was the first QuakeCon that I have ever attended. I have been reading about the event for 20 years on Shacknews.com and have fond memories of Steve Gibson, Maarten Goldstein, and so many other Shackers sharing hilarious and awesome stories from the event. QuakeCon is the ultimate Shackmeet. For those who don't know, Shackmeets "are when a group of Shackers get together to play video games, consume alcohol and meet one another. Generally they are held in public places or at the home of another Shacker." (source: Shackwiki) The penultimate yearly Shackmeet is ShackCon which is organized by our community for our community. It was held this year in New Orleans and many Shackers came together for a great time.

QuakeCon embodies the very soul of Shacknews. We were founded as a Quake fan-site and QuakeCon began as a conference organized by fans of Quake. QuakeCon is home to the BYOC, Bring Your Own Computer, event which is essentially the mother of all Shackbattles. This year 3000 attendees flooded the BYOC portion of QuakeCon in Dallas, Texas.

A gamer's rig is their pride and joy in the PC gaming community, and this is truly on display at QuakeCon's BYOC. Attendees from all around the world descend on BYOC to show off their latest case designs, cooling technology, and crazy SLI video card setups. It is a sight to behold. The most important thing that Wired has completely missed is the culture of mutual respect that exists on the BYOC floor. For 3 days, people left their expensive computers alongside the rigs of complete strangers. The amount of trust required in knowing that your expensive hardware is just sitting next to someone who you have never met before is at the core of what makes QuakeCon such a special event.

QuakeCon is much more than BYOC. It is the longest running eSports event. The Quake Live Duel Masters Championship and Quake World TDM 2 on 2 Open Tournaments are some of the highlights of the three day event as they celebrate the greatness of Quake while showcasing the very best players in the world. Rapha vs Evil was an epic 1v1 matchup with Rapha walking away with a cool $12,000!

I have never seen so many people in one place doing it for Shacknews. Even if some folks aren't Shackers, their love of Quake and PC gaming embodies what our community was founded on. So many multiplayer games were going on simultaneously at BYOC, ranging from Rocket League, Quake Live, Overwatch, Doom 2016, and countless other titles. QuakeCon brings people together. It was fun to have people come up to me and talk about Shacknews. One reddit user had quite an amusing comment on a thread about my Doom VR impressions.

Indeed, both QuakeCon and Shacknews have had staying power that baffles cynics and delights former Shackers. I actually talked a few people into logging back into their old Shack accounts while waiting in line for demos during the show. "I have a special place in my heart for Shacknews," said Tim Willits, Creative Director at id Software,  in our QuakeCon 2016 interview.  "I am a long time Shacknews reader. I have been in the games industry about 20 years, about as long as Shack's been around," echoed Marty Stratton in our Quakecon Doom VR interview.

The underlying theme at QuakeCon is one of respect and mutual admiration for a game and franchise that all attendees love. Thousands of people came together in the 20th annual celebration of a game that changed everything. What bothered me most about today's Wired piece is that it was such a superficial look at a great event. Less than 1 month after the horrific shootings in Dallas, over 3000 gamers peacefully convened in that very city to celebrate a "violent" game. Was the smell on day three of QuakeCon really headline worthy? 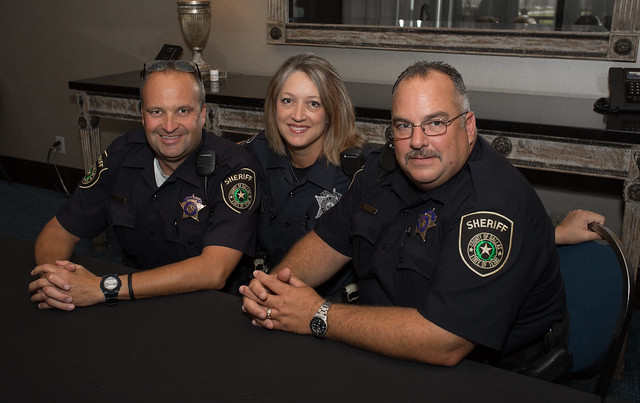 “I wanted to see the physical community that came together from such a solitary activity,” says photographer Laura Buckman. Quake? The first game to bring a truly online multiplayer experience to the PC is a solitary activity? The fact that an online game could bring together people from around the world should highlight the very fact that Quake brought and continues to bring people together. Shacknews.com would not exist if it weren't for Quake. In the 21st century, online and real life relationships have continued to blur. Quake and many other games are categorically activities that are better with other people, especially friends. Strike one, Wired. 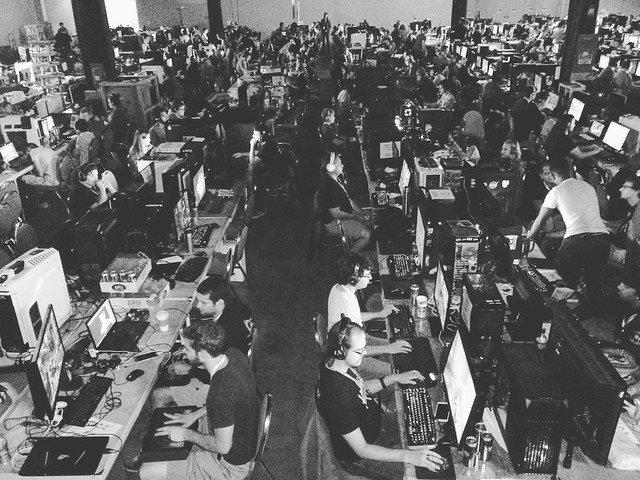 "Twenty years later, the 2,800 nerds at the con entertained an audience of 7,200 gawkers who came from around the world to celebrate games and gaming," adds Charley Locke from Wired. Nerds? Once again, this is the 21st century and gamers have become universally accepted as regular human beings outside of stodgy, old echo chambers of insults past. The fact that QuakeCon has grown from 32 people in 1996 to 10000 people in 2016 speaks to the fact that PC gaming is alive and well. There are more people playing games on PC than consoles today. This kind of language speaks to the overall bias used in Wired's piece and completely misses the point that QuakeCon is an enthusiast event put on by enthusiasts and developers to be geeky about Quake. Strike two, Wired. 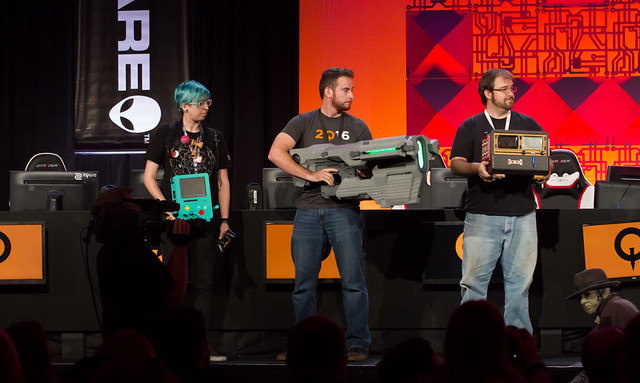 "Game publishers host tournaments, but QuakeCon is less about competition than hanging out with friends," concludes Charley Locke. I was on the BYOC floor. I spent more time there than I did the convention floor. There is an intense sense of competition at BYOC. From who's rig is the best, to who has the best designed case, to who is owning people in Rocket League. BYOC is incredibly competitive. id Software hosts a Best PC of Show at the end of Day 3! There are multiple impromptu video game competitions happening on the fly at BYOC between clans and groups of friends, and there is the underlying fact that everyone wants to kill everyone else in Quake. The game that the conference was founded on is the godfather of competitive multiplayer gaming. QuakeCon is full of respectful and honorable competitions amongst friends and random folks from the Internet. Strike three, Wired. Good game.

As I stated in the introduction to this piece, QuakeCon 2016 was the first QuakeCon I have ever attended. It was also the most fun I have ever had at a gaming event. I have been to over 15 E3s, 5 GDCs, 9 CESs, and plenty of other cons and I can assure you that QuakeCon was not smelliest. It was an absolutely delightful time with great people.

A special thanks to QuakeCon for the images used in this article and just for being awesome!