Virginia’s strength lies in its silence. No character utters a single word throughout its course, the story instead relying on visual cues and cinematic editing to cut together a bizarre, fractured narrative calling back to the days of Twin Peaks and The X-Files. A few technical hiccups mar the experience, but overall it’s an intriguing take on the first-person, narrative-driven genre.

As FBI agent Anne Tarver, you’re investigating the disappearance of a boy named Lucas Fairfax alongside fellow agent Maria Halperin. But there are ulterior motives to this case, including the fact that this investigation is also masking a more secretive internal investigation into Halperin herself.

The investigation takes place in Kingdom, Virginia, a sleepy town with its own strange secrets. Over the course of one week, Anne Tarver will see and experience a wide swath of bizarre, unnerving, and surrealistic things, some of which could alter the course of her life.

Virginia is built around its story, and therefore funnels gameplay in a linear, forward-driven way. Unlike its counterparts, there’s little to no exploring to be done in any given location; no flavor text or collectibles to pick up, no audio logs to fill in the proverbial blanks. Instead, Virginia utilizes a film style of editing, jumping from scene to scene through wonderfully blended ways. Rather than walking down a long flight of stairs, the scene will automatically jump to the bottom, right when you enter the lengthy walkway to Halperin’s office. While pausing to look down at an object in the diner, you’ll be transported to the next scene when looking up. It’s a unique implementation of a more classic style of pacing, and the results grant it a tremendous amount of style and help to play into Virginia’s already bizarre form of storytelling.

This narrowing of the story progression helped to encourage things along at a decent pace. A relatively short game, Virginia took me about two hours to complete, during which i was slowly piecing together a twisted and fascinating story involving elements of deception, greed, power, and mystery.

Its story is a bizarre, surreal one that may require multiple playthroughs in order to understand, much in the same way the film Memento has to be seen several times to fully appreciate the flow and build of its story. There are moments of clarity; sitting contently with friends while drinking, visiting with Lucas’ grief-stricken parents, and even rejecting the advancements of a drunk man at the bar. But for every clear moment, there’s another bizarre, twisted one, making it difficult to maintain a solid grip on reality. The environment transforms, doorways to other worlds appear wantonly, and several moments are punctuated by the presence of a mysterious Cardinal in various states of life. Symbolism is key in understanding Virginia’s finer points, but it’s often difficult to gauge exactly the meaning of a specific sight or occurrence, for better or for worse. What’s more, the narrators shift, their stories don’t always add up, and it becomes increasingly challenging to know who is responsible for Lucas’ disappearance.

Virginia's one glaring flaw is some of its technical performance. During my time with the game, I noticed the occasional framerate dip, audio issues with cues not coming in on time and leaving a scene bathed in awkward silence, and a strange headbob attched to the main character's movement that sometimes made it difficult to focus on the screen. I would imagine most of this can be sorted and smoothed out over time, which will hopefully be the case. Virginia is too neat of an experience to have faulty features that might deter the average user. 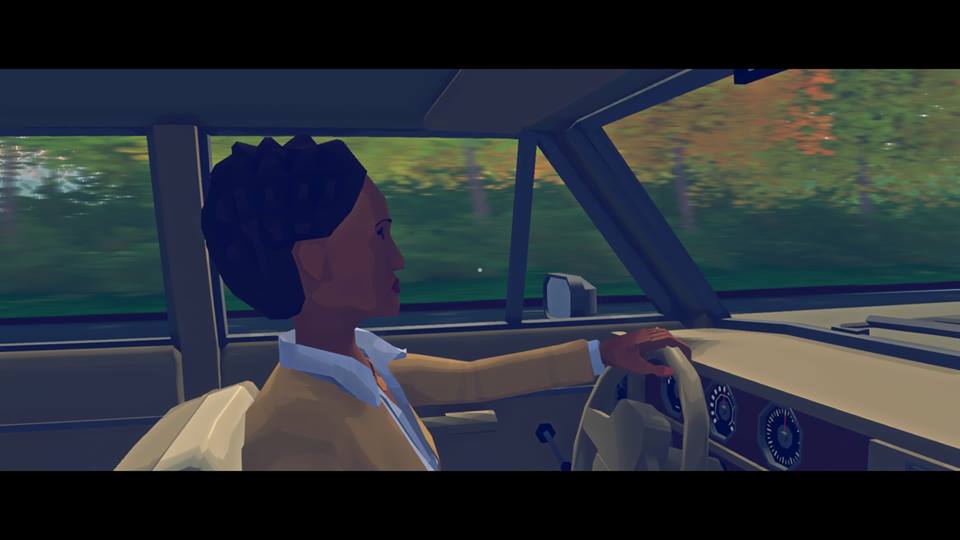 Truly, the only reliable narrator in the entire game is the Prague Philharmonic Orchestra, the group who performed Virginia’s brilliant soundtrack. A mixture of quiet, reserved instruments  along with dramatic strings and percussion give every moment of Virginia some levity, its change in tone, timbre, and style indicative of the weight of each scene in the game. When mixed with the camera’s specific framing the low-res polygonal visual design and clear progression delineation, Virginia is a marvel of sight and sound.