We Are Chicago Preview: A Visit to the South Side

Exploring social issues within a game can be a difficult task. There’s a lot of nuance inherent in these conversations, often branching out and becoming much more morally complicated and complex than video games typically venture.

But nothing in fiction should ever be considered off-limits, so long as the creators are aware of the effect their work could potentially have on the opinions and education of those who take it in. While it’s a bit rough around the edges, I’m feeling confident We Are Chicago is moving in the right direction. 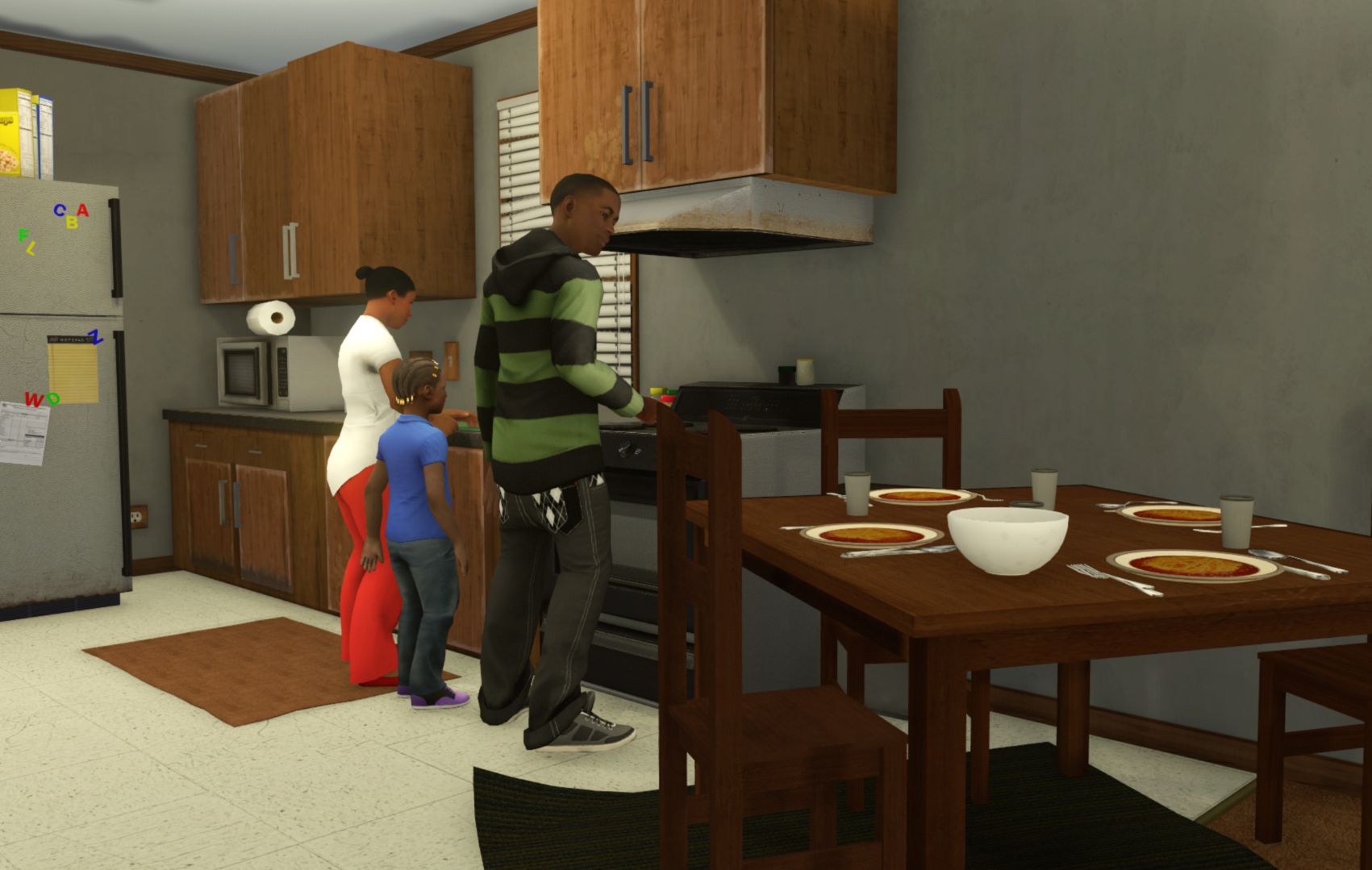 Created by a small team from various parts of the city of Chicago, We Are Chicago is a narrative-driven adventure game exploring the complex socio economic situation currently within the Windy City. It’s set on the South side, an area known for heightened violence and gang activity. As a well-meaning young man living on the South side, the main character is torn between responsibility and being young, constantly feeling the burden of needing to help his family by working and achieving success.

A great deal of care has been taken to make sure story beats and character progression are true to life, pulling from the actual experiences of people living in Chicago’s South side and incorporating them into a grounded, familiar narrative. Opportunity is scarce, money is difficult to come by, and many find themselves turning to illicit activities in order to make the money they need to survive. The main character knows this and is constantly reminded of it merely by his existence. 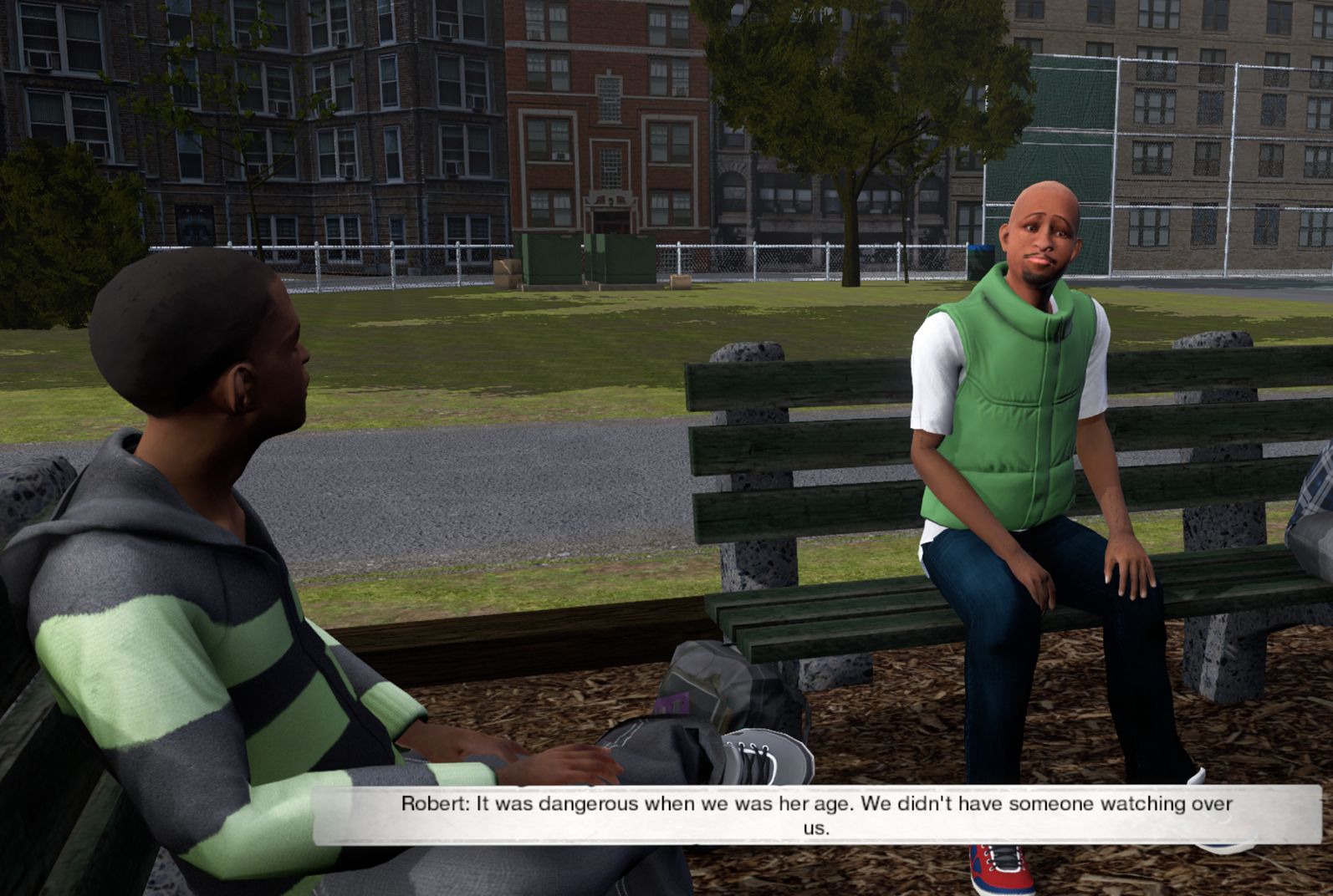 There are a handful of cases where it dips into expository storytelling, revealing a little more than would be believable within a sentence for the sake of conveying information. It’s not a major fault, although it does feel as though a little of it could be introduced in a more organic and natural way.

But when it shines, it shines. A moment in the beginning of my demo saw the main character staring blankly at an open notebook full of math problems, the numbers and symbols occasionally fading away and revealing the character’s thoughts and insecurities as he shifted his focus away from school and more on the messed up situation in which he finds himself. 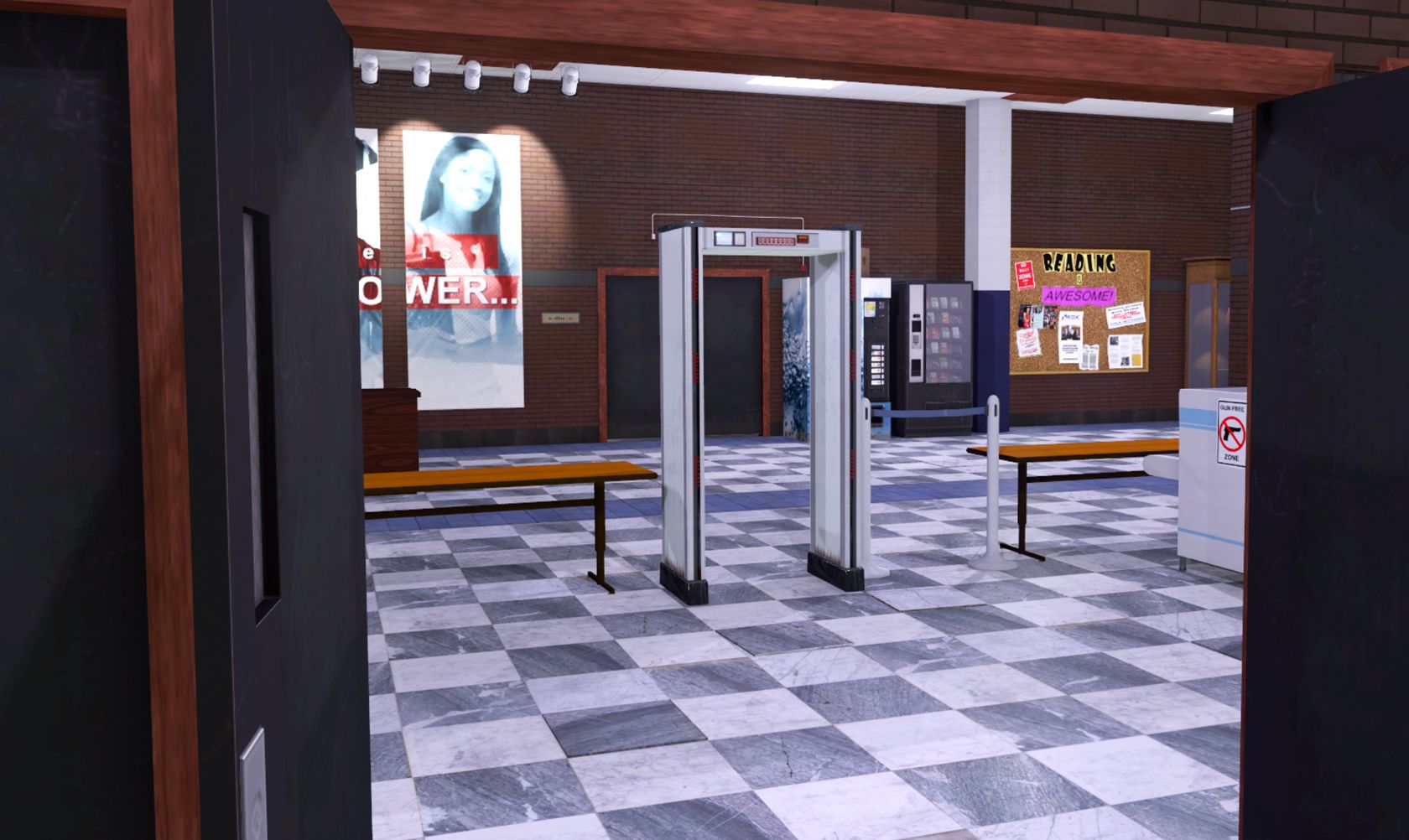 The imagery is striking, too, often without bringing attention to itself. In order to exit the school, one has to walk through a metal detector. There’s a gray pallor to the sky that conveys a sense of dreariness and struggle. Every inch of the in-game city is made up of classic architecture, filthy streets, and flat, featureless land, much like a real-life Chicago. The South side is not the happiest of places to be, and the game’s environments do a great job of showing it.

Mine was a brief demo, but I was invested in the story by its end. As a native of Chicago and its surrounding suburbs, I was stricken with how well they captured the look and feel of it while also portraying something wholly unique and new I had never seen before outside of my more privileged suburbs. Fiction can be a powerful medium to expose us to new ideas and realities we might otherwise have not paid attention to, and We Are Chicago is proof. Here’s hoping it continues to be an insightful and revelatory experience as it draws closer to its eventual release on PC and possibly consoles.