Infinity and Beyond: (Some of) the Best Mods for No Man's Sky

Whether you're frustrated by performance issues or want to get more out of No Man's Sky than Hello Games envisioned, a community of modders has posted a wide range of alterations you can enable and disable at will. Some radically reimagine gameplay systems, and others exist solely to smooth out technical wrinkles. Take your pick, then take flight.

Interested in modifying your game in ways not described here? Poke around NoMansSkyMods.com and the NMS wing of Nexus Mods, two excellent sources for any and all NMS modifications.

Use these mods to tweak No Man's Sky's underpinnings to your liking.

Some versions of No Man's Sky have the annoying habit of rendering at lower resolutions than those you specify. This mod locks in your display preferences by editing a file called PIPELINEDEFFERED.bin and fine-tuning certain values. 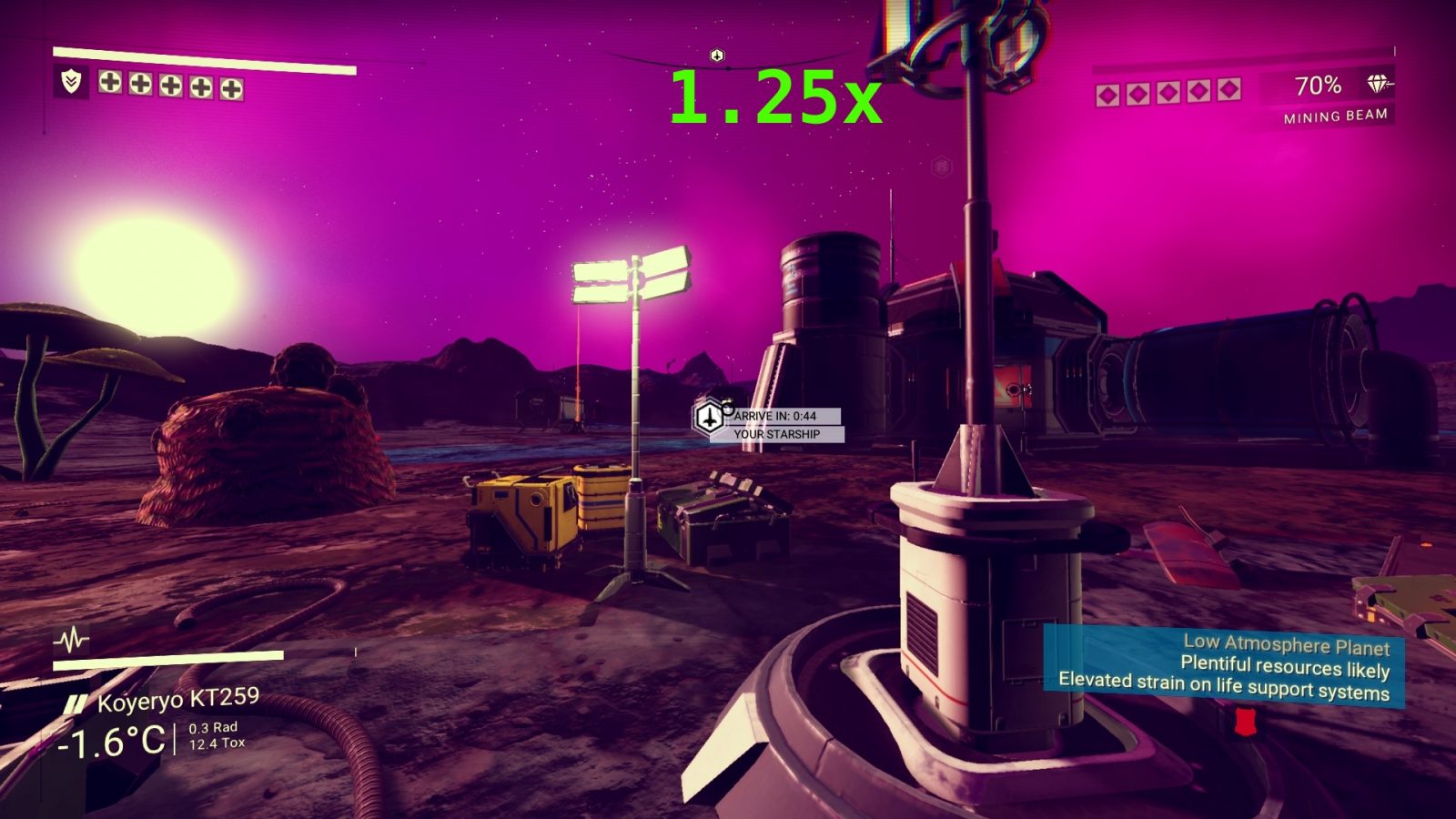 Ever wish you could disable the constant beeping that occurs in Zelda games when Link's heart meter plummets to precipitous levels? Well, you can't. You can disable audio warnings in No Man's Sky that nag at you when various systems run low, however. ShutUp gives you the option to disable some or all audio cues, so you can keep reminders for systems you have a tendency to overlook and silence the more redundant of the bunch.

No Man's Sky represents many things to many people, but almost all agree that it's one big Kodak moment. HUD elements ruin screenshots, and NoHUD wipes them away, leaving you free to frame perfect shots and share them with your friends or use them to adorn your PC's desktop.

The fewer clicks, the better. That ideology informed Blizzard North's Diablo, and it applies to No Man's Sky as well—or at least it should. Fast Actions overhauls interactions that require you to hold a button, letting you click once so you can move on with your life already.

No Man's Sky shipped with a laundry list of performance issues that bog down even the most cutting-edge systems. Until Hello Games rolls out more patches to get them ironed out, or if you're playing on a system that barely meets or falls short of recommended specs, try Project Potato. PP lets you downscale No Man's Sky's internal resolution and cuts out a lot of needless graphical effects. The outcome may not look as visually striking as the same game sans Idaho's most famous veggie export, but it's got a unique aesthetic of its own that some fans have come to appreciate and prefer. 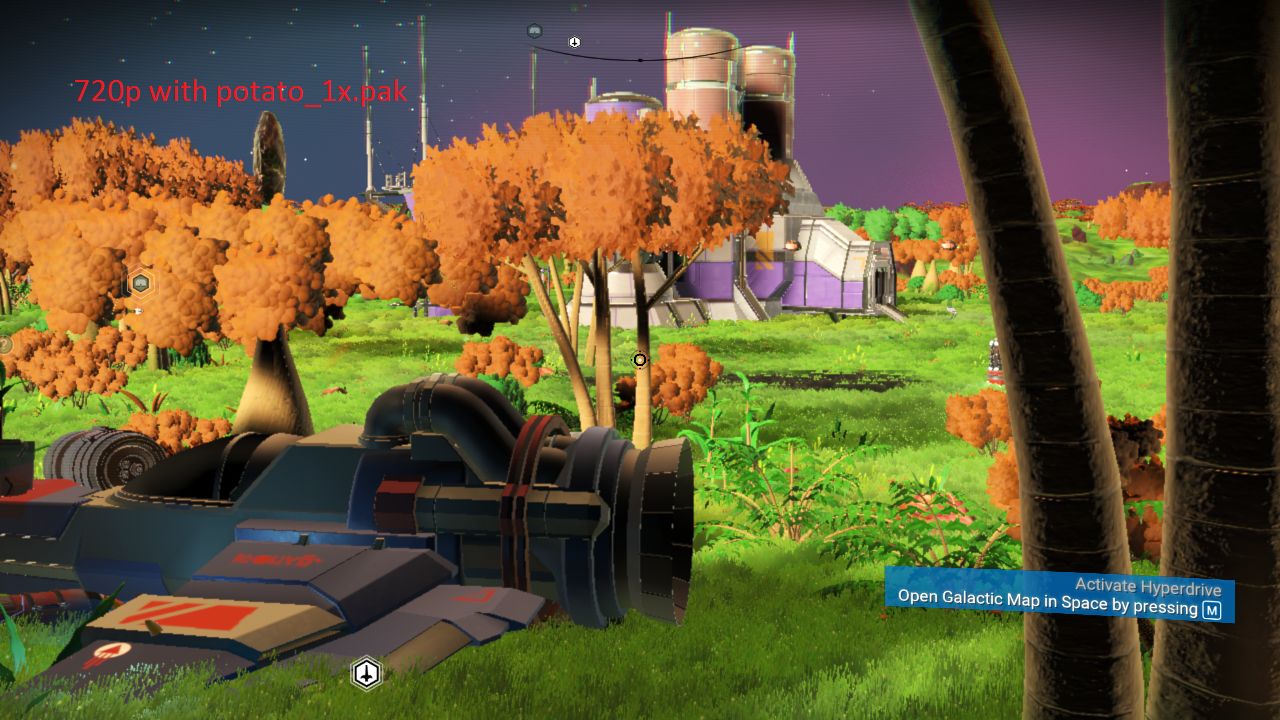 If Hello Games' rendition of outer space is too vibrant for your tastes, strap in Deep Space. This mod darkens the cosmos and tones down lighting on planets, giving them a more realistic as opposed to stylistic flavor. 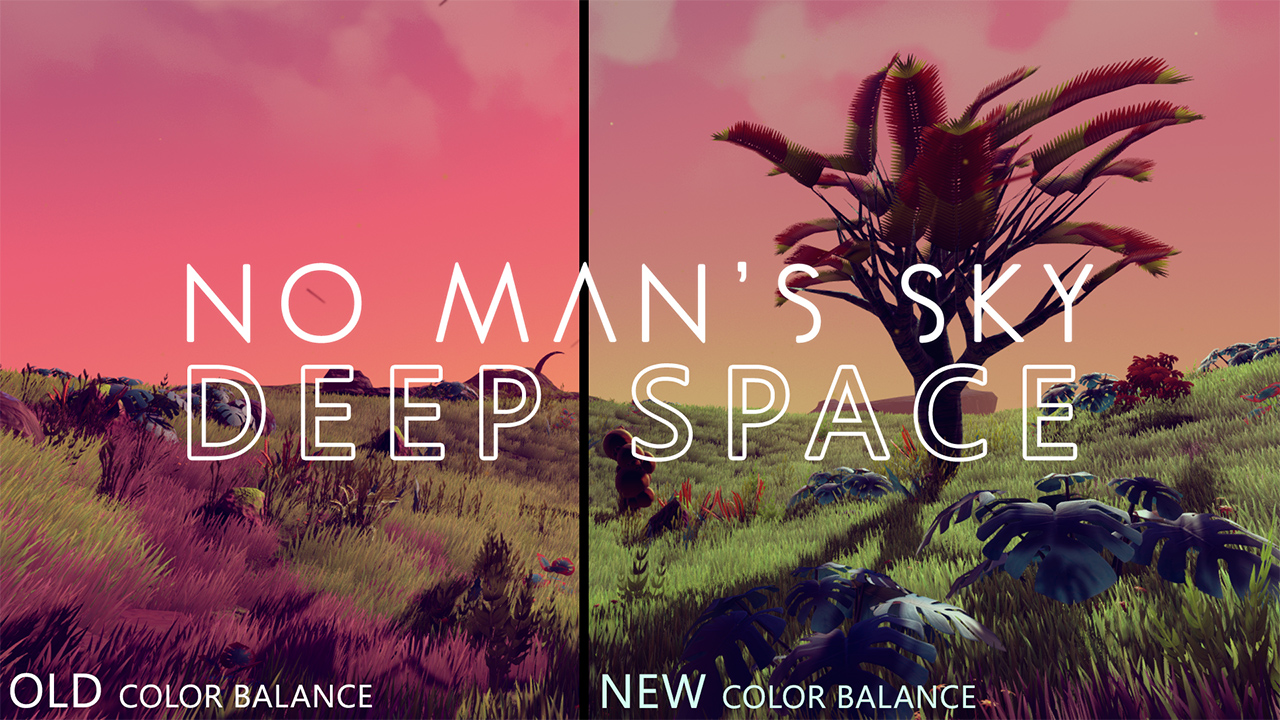 Despite all those planets and stars hanging around, spaceisn't as congested as you might think. No Man's Sky feels a little too empty to some players, reflecting reality. But, hey, this is fiction. Busier Space adds more traffic around planets, giving you more opportunities for trading and space piracy.

Everything's bigger in No Man's Space... or, rather, it can be thanks to these mods. Bigger Things blows up flora like rocks, trees, and resource crystals, while Bigger Creatures enlarges fauna on planets. Bear in mind that Creatures comes in a couple of varieties: one version amplifies the size of wildlife, while another increases the odds of finding gigantic critters.

If you fancy shooting across the galaxy more like a stone skipping over water than a slug oozing its way down the sidewalk, Super Hyperdrive deserves a place of honor in your ship. Using this hyperdrive lets you travel 1000 times further than your ship's standard rate of speed, upping the odds of you reaching the center of the galaxy sooner rather than later. 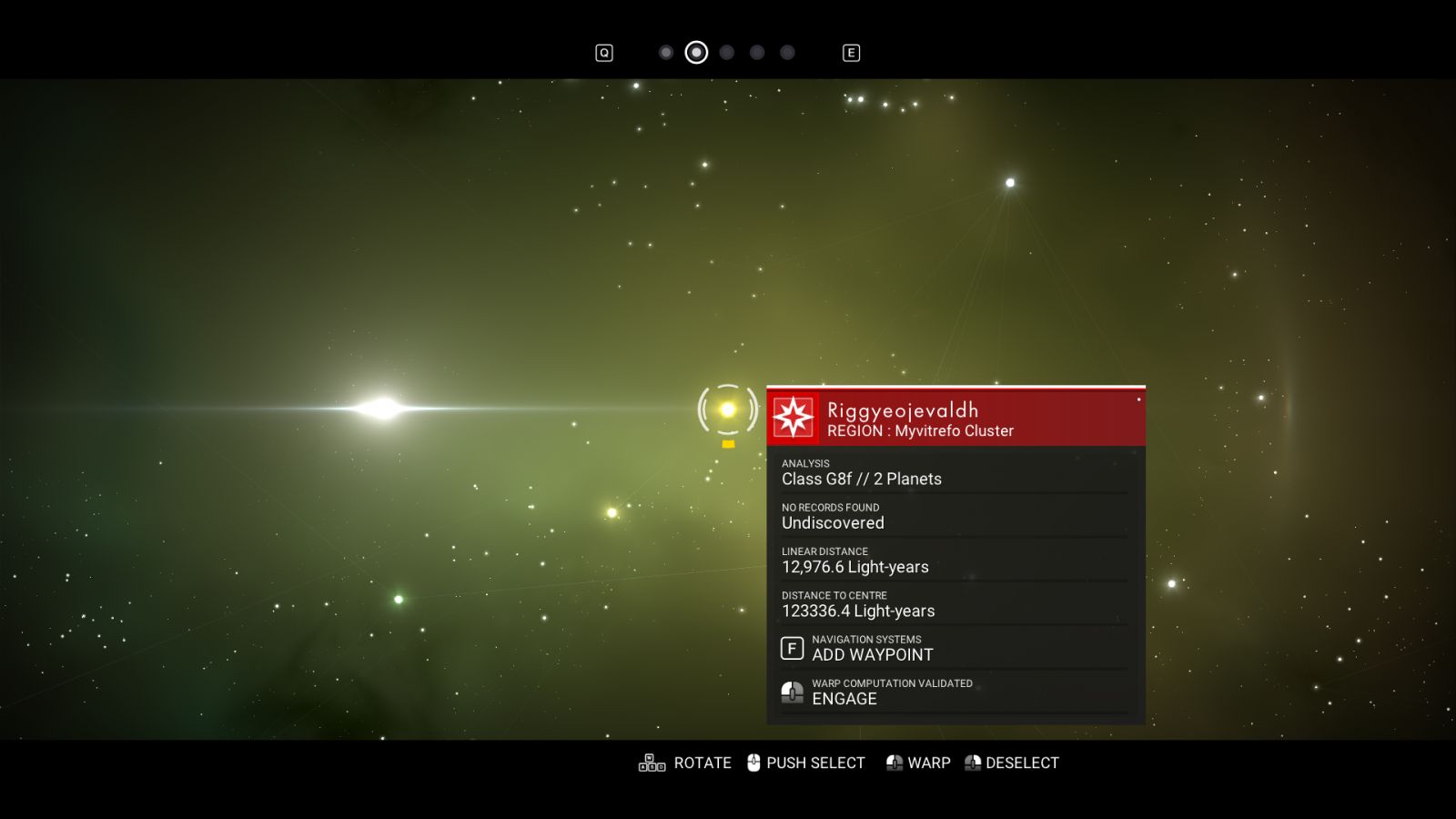