Hearthstone 'One Night in Karazhan' Heroic Guide: The Opera

Hearthstone's "One Night in Karazhan" party rolls on this week, as you make your way up Medivh's tower to find the missing host. Completing the regular adventure will net you all the cards, but the real bragging rights come with showing off your Heroic card back. That can only be gained by beating every single boss in Karazhan on the ultra-tough Heroic mode, meant to be taken on by the toughest challengers with the most powerful decks. 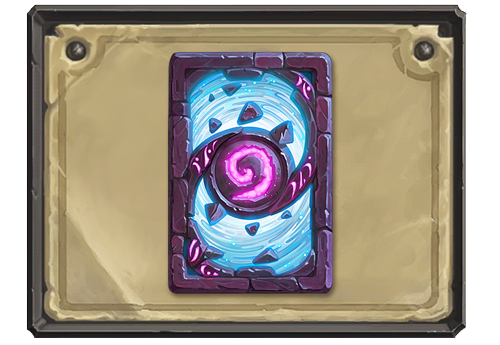 This week, the Opera: Julianne, the Big Bad Wolf, and the Crone. 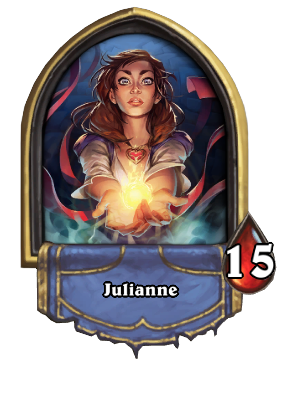 Though the boss battle is against Julianne, it's really a two-person match against her lover Romulo, whose presence makes her immune. In Heroic mode, she summons Romulo for free at the start of every turn, and that kind of infinite value makes this an endurance match. So rather than trying to take her down traditionally, focus on outlasting her with a Priest. Cards like Priest of the Feast and Power Word: Glory will help keep you alive, while Holy Nova is a solid board-clear since so many of her minions only have two health.

She draws her cards very quickly, so as long as you stay alive she'll end up going into fatigue herself. The fatigue damage will count before she resummons Romulo, so she'll be hurt by it. You can also exploit the AI into not attacking if you summon a Deathlord and Kel'Thuzad together. 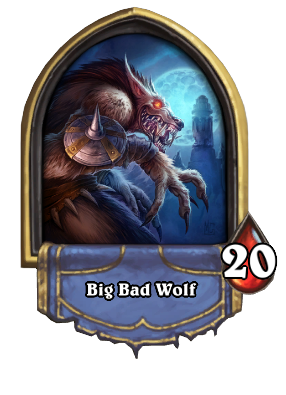 This battle is incredibly lopsided, since all of your minions are forced to be weak 1/1s. Fortunately, everything costs just 1 mana. Plus on Heroic mode, the Big Bad Wolf starts with his own set of three Kindly Grandmothers, 1/1s that will drop 3/2s afterward. You need to pack board clears like Abomination, and Onyxia makes a helpful way to fill the board right from the start. It's also wise to pack minions that leave bigger minions behind, like Cairne Bloodhoof and the various Shredders. If you can organize good trades, Kel'Thuzad will resummon full-sized versions.

Or, for an easy win, pack two Blood of the Ancient One cards and two Faceless Manipulators, and mulligan aggressively for one Blood and any of the other three. You can summon a 30/30 Ancient One on turn two. 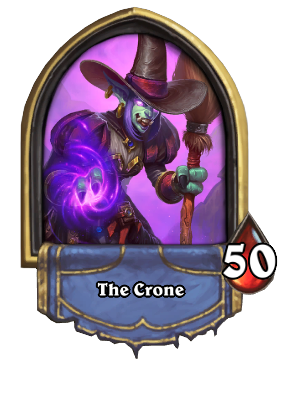 Twister: Deal 100 damage. Can't be used if Dorothy is alive.

The Crone is a really neat battle, since Dorothy's passive power lets you make any minion into a Charge or Taunt. You'll mostly want to organize of them on the right side where they can protect Dorothy, since if she dies, you automatically lose. Worse, on Heroic, the Crone almost always uses Twisting Nether on turn eight, which means you automatically lose. You can delay it with a Paladin's Redemption or Shaman's Ancestral Spirit, but she'll probably just use a second Twisting Nether.

So instead, just make sure to end the battle before turn eight. Since you can give any minion charge, you can go straight for the face with a lot of them, and overwhelm her with numbers. A Flametongue Totem can give Dorothy some attack value while also buffing your minions, and a Flamewreathed Faceless is a good way to put a lot of power on the board quickly. If you need a finisher, pack in a Bloodlust to boost your ranks. And since you may very well need to stall for a turn, pack a Loatheb. It will only buy you a single turn but that might be enough.

Shack Chat: What game have you played the most during quarantine?
Login / Register