Apple customers who were hoping to get their hands on the iPhone 7 in early September may have to hold tight for a few more weeks according to a new leaked AT&T retail schedule.

The schedule, which can be seen below, details upcoming merchandising reset hours. The two dates mentioned in the document are September 9 and September 23, which many believe will be the days Apple will make the iPhone 7 available for pre-order and for sale, respectively.

We previously heard from well-known tech leaker Evan Blass, who believed the iPhone 7 would be available for sale the week of September 12, or specifically, Friday, September 16. We then heard Apple will be announcing the device during a media briefing on September 7, as well as some of its features, including a missing headphone port.

Whether or not the leaked AT&T retail schedule is a reliable indicator of Apple’s upcoming plans are certainly debatable, but considering the expected September 7th media briefing, making pre-orders available on September 9th seems to make the most sense. In that case, we could be seeing much of September without a new iPhone. 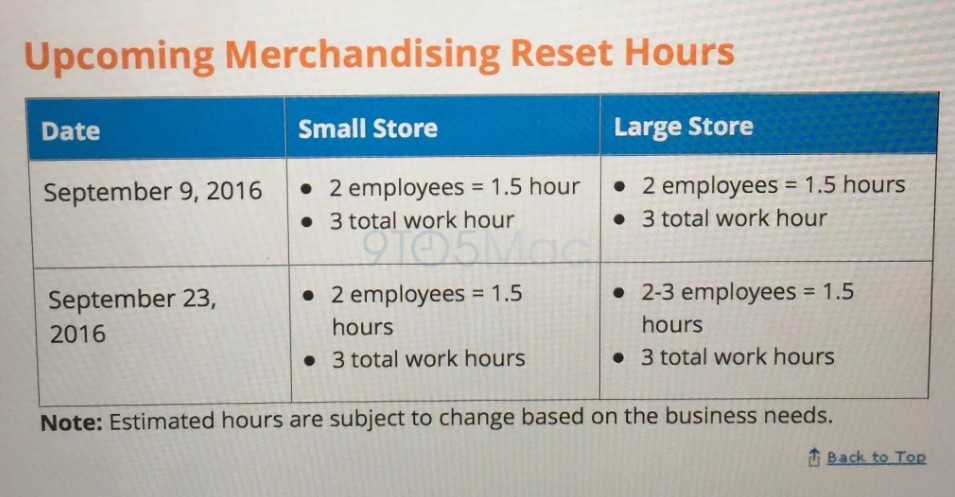