Dead Rising 4 pre-order bonuses include a motorcycle with chainsaws, huge fists, and more

Microsoft and Capcom have revealed pre-order bonuses for their upcoming zombie-mass-murder simulator, Dead Rising 4, as well as new information regarding the Exo Suit.

Dead Rising 4 will have a total of four different pre-order bonuses that will only be available depending on your retailer of choice. The pre-order bonuses include gigantic Hulk-like hands called the X-Fists, a Steampunk Snowman Head, a Candy Cane Crossbow, and the Slicycle, which combines two chainsaws along with a motorcycle.

Here’s where you’ll need to pre-order Dead Rising 4 in order to receive its corresponding bonus:

In addition to revealing Dead Rising 4’s pre-order bonuses, Microsoft has also given us some new information about the Exo Suit.  The infographic provided below reveals the Exo Suit was designed for tactical reconnaissance and recovery and allows Frank to have unlimited stamina while he punches things really, really far.  The suit isn’t without its weaknesses as Frank can only use it for two minutes, can’t be used to punch puppies, and it has no cup holder.

Dead Rising 4 is scheduled to release on Xbox One and PC on December 6 while additional platforms will need to wait a year to get in on the fun. 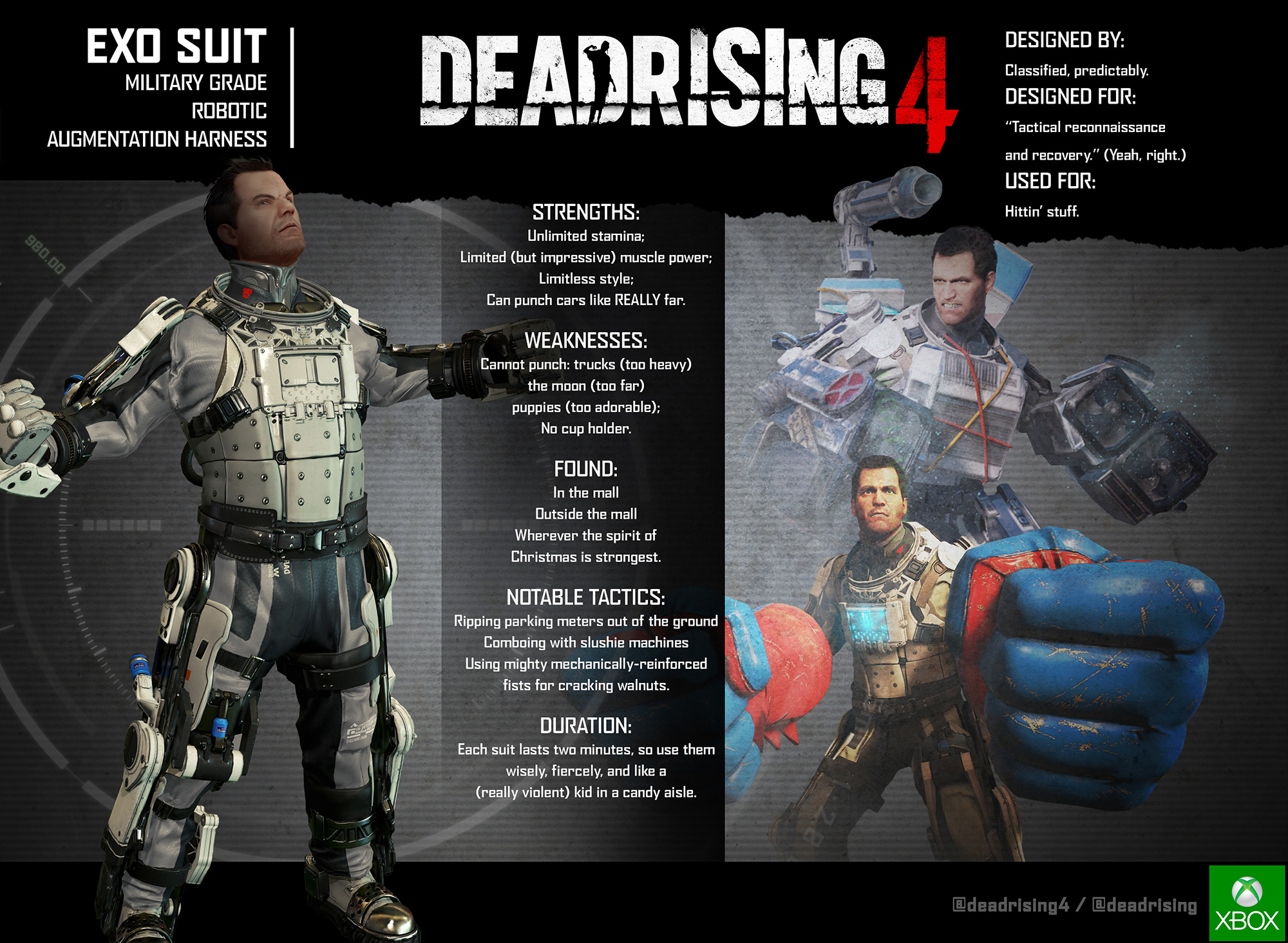 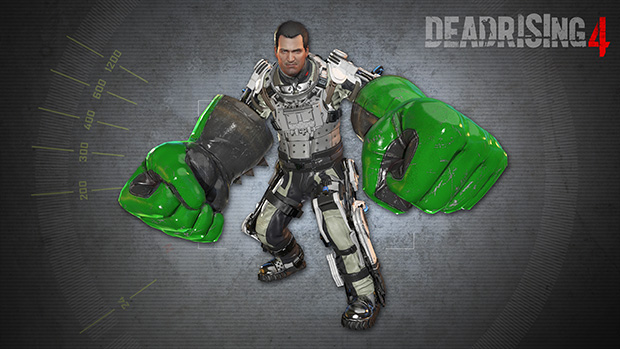 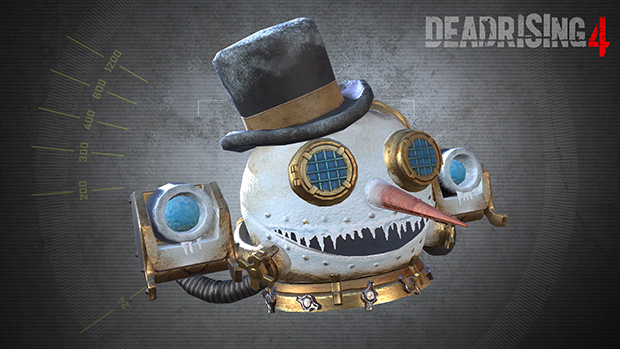 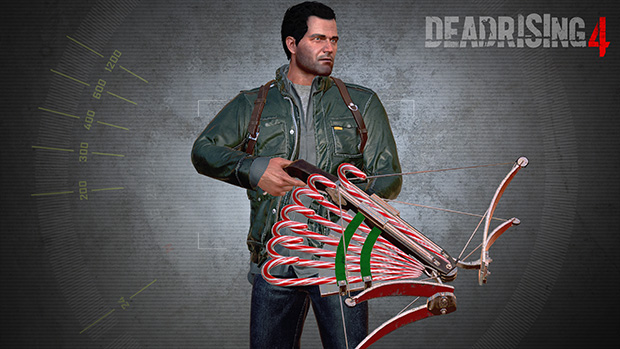 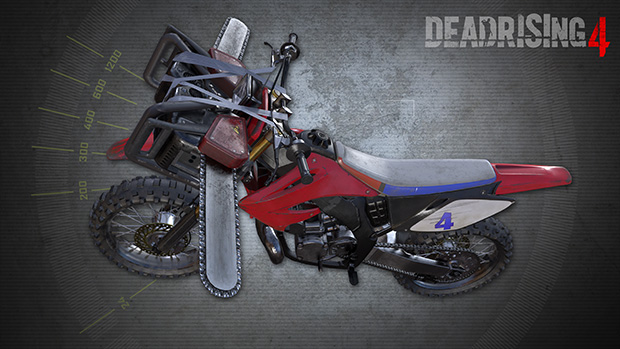