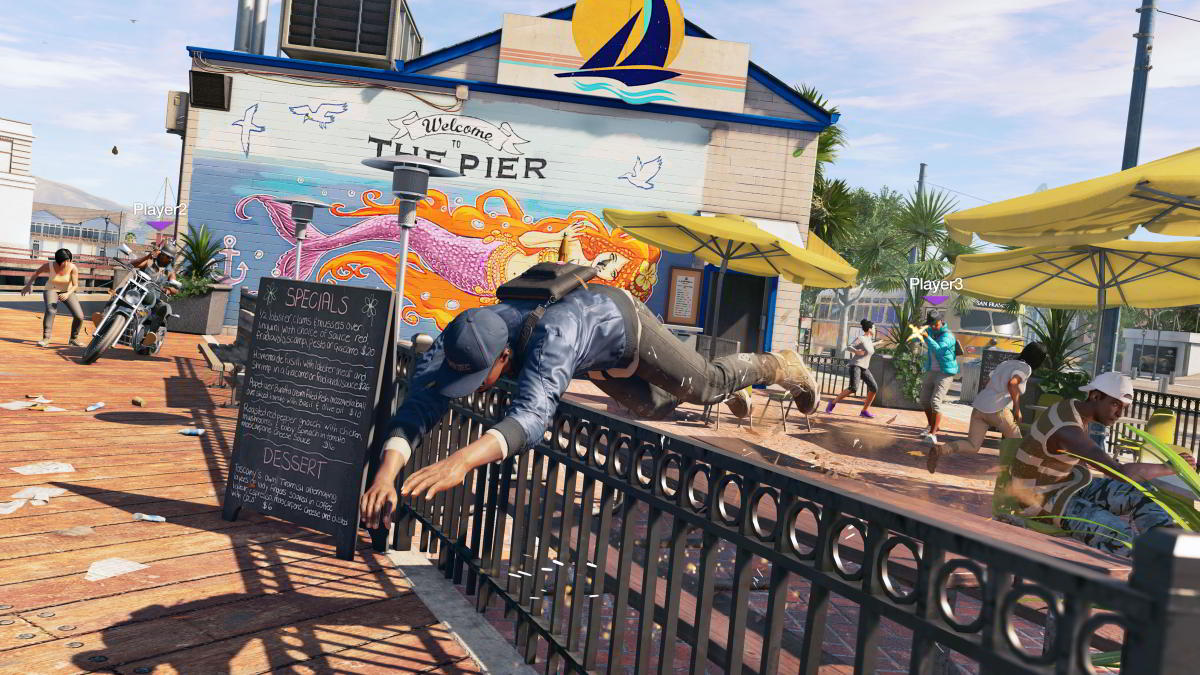 Watch Dogs 2 takes you to San Francisco where players will continue their hacking ways, but the new game will offer something new in terms of multiplayer where other players can come hunt you in your game for any bounty on your head.

Bounty Hunter is a new PvP mode that allows three players to hunt a fourth player. If a player does too many illegal activies, such as killing innocents, a bounty can be placed on that player's head, allowing three outside players to take on the contract. If the player ends up being hunted, they can take out the bounty hunters, but they will only be replaced by other players. The only way to get the best reward is to stay alive and escape, which will get you more followers to your cause.

Hacking Invasion mode will make a return from the first game, which allows you or others to invade a game and hack player info. Drones have been added, which makes the job a bit tougher if you get targeted by one and it drops a taser bomb on you. Co-op is also back where players can team up to get through various missions.

Check out the videos from GamesCom:

And there is this interview with creative director Jonathan Morin about some of the decisions that went into the multiplayer gameplay.