For Honor Preview: Gods of War

For Honor is grueling and hardened, every bit as unforgiving as fight between mighty warriors would be. It’s relentless, a blood-soaked test of might fueled by the delusions of honor and grandeur. Character animations are slow and burdened, conveying the weight and power of a heavy weapon as it collides with its target. Vicious executions drive blades through flesh and bone, rendering battleworn warriors little more than another corpse on the battlefield. For Honor is a brutal fight for glory with a core set of fascinating ideas.

A multiplayer game, For Honor has multiple options for competitive modes including 4 versus 4 and 1-on-one duels. During my time with its Gamescom demo, I fought alongside three others against a team of four invading players positioned directly across from us. 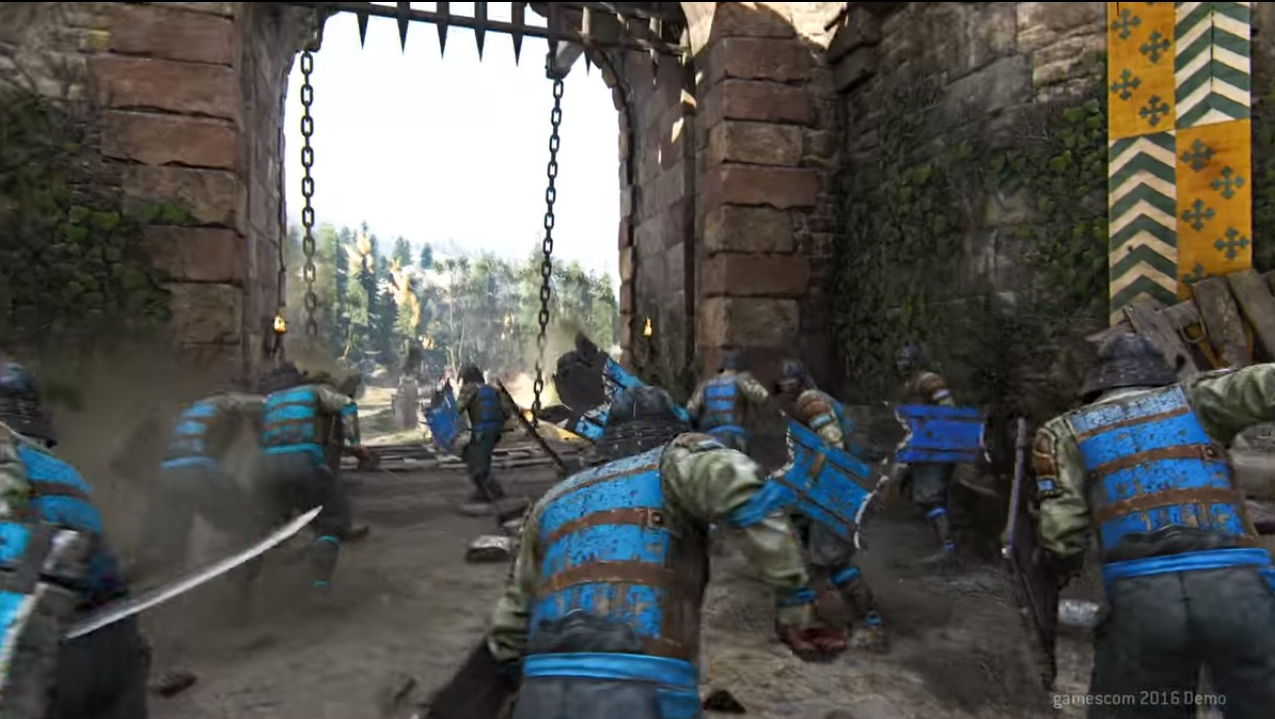 It’s structured with the same trappings we’ve come to know from other multiplayer shooters. There are different classes, weapons, loadouts, and team structures, all of which are used to craft the best tactical teams on the battlefield, different maps themed around the warring factions, points awarded for kills, and perks for every individual warrior.

For Honor’s warriors are drawn from history, complete with parallels to the core beliefs of each group. The medieval knights stand for loyalty and order, using weapons like longswords, shields, and maces. The samurai devote their philosophies to tradition, honor, and the code of bushido, using graceful weapons like the katana and naginata in combat with their enemies. Finally, the Vikings are a hardened people from the North who put their raw power and strength into their brutally efficient combat. Fans of the effective weapons, they prefer heavy-hitters and largely feature axes in their loadouts. 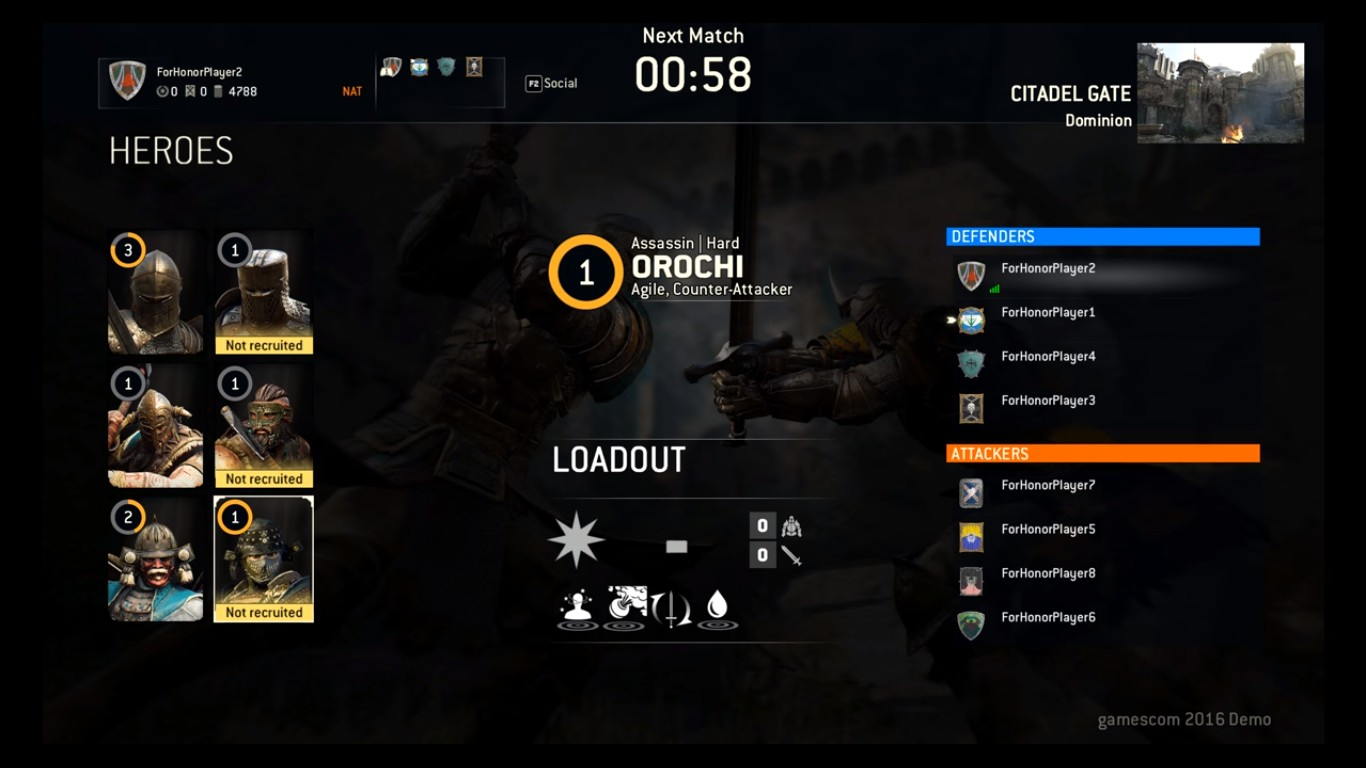 The vastly different personalities and traits of each faction permeate every aspect of the game’s design, from the maps to the character models. The knights live in a sprawling castle built to withstand weather and the effects of time; the samurai live in a classical fortress designed in a classical japanese style with a basic, elegant aesthetic; the vikings live in hastily constructed shacks made of wood scraps and cloth, enough to keep warm and protected during the harsher months.

For Honor does not allow for loadout or weapon customization. Rather, each faction has a total of four warriors, each with their own specialties and specific loadouts. Some have shorter, lighter blades for close-quarters combat, while others carry massive, brutal weapons and boast a larger stature and more powerful attacks. Plus you can customize your warrior aesthetically, with cosmetics, armor styles, and colors. 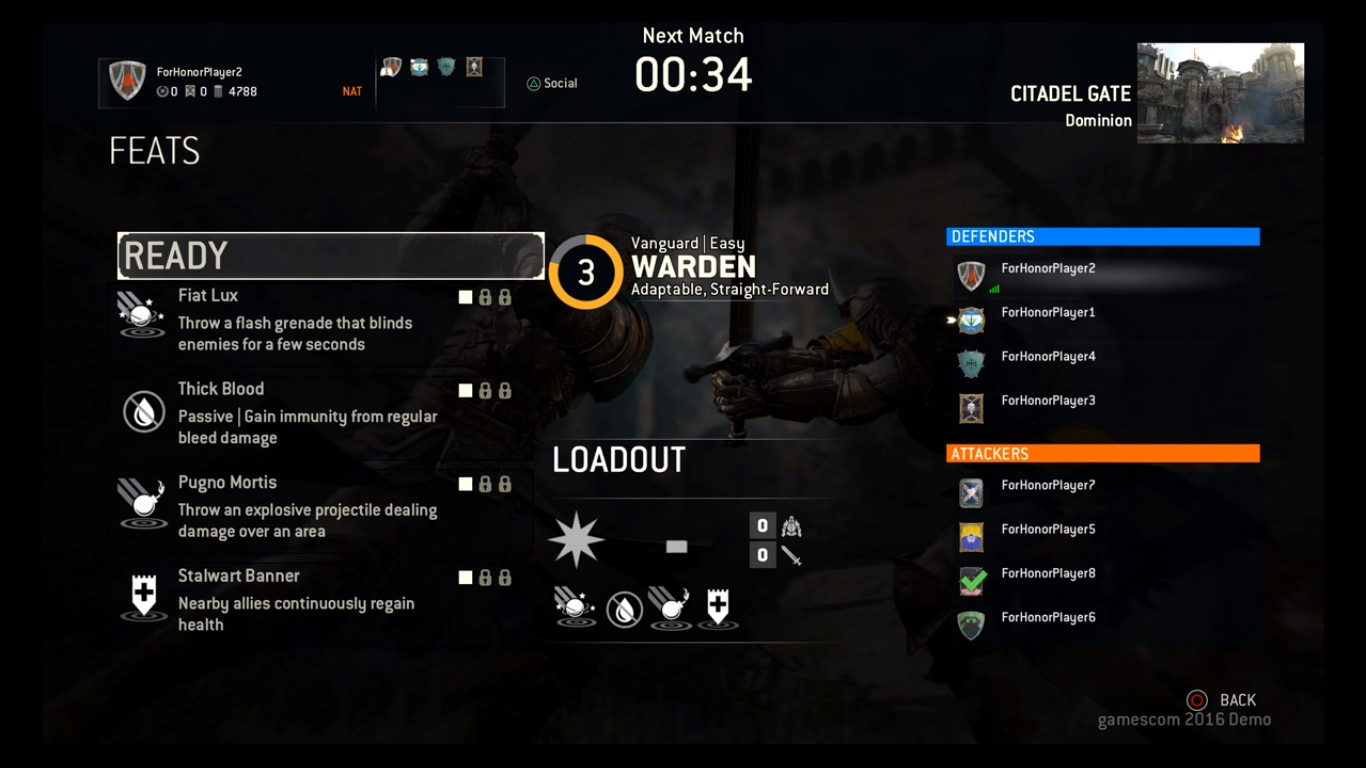 It pays to be patient in For Honor, approaching a fight defensively rather than running into battle swinging a blade haphazardly. Combat with other players utilizes a lock-on function implemented using the left trigger, which sets your player character up in “guard.” While in guard, the player will parry any attacks from an enemy, provided their guard is pointed in the proper direction. Guards can be broken, allowing for a quick hit opportunity, while both light and heavy attacks offer room for vicious combinations.

Combat can be frustrating, particularly because it is so timing sensitive. There’s little visual warning when a player is about to strike, and defense must be fed toward the attack in order to be a successful block. Successfully landing attacks requires a great deal of patience and learning to read your opponent’s weaknesses and openings, and timing is everything when launching into an opportune strike. It’s a very deep and well-layered system I struggled to keep up with during my brief time with For Honor, but I was captivated by it regardless. 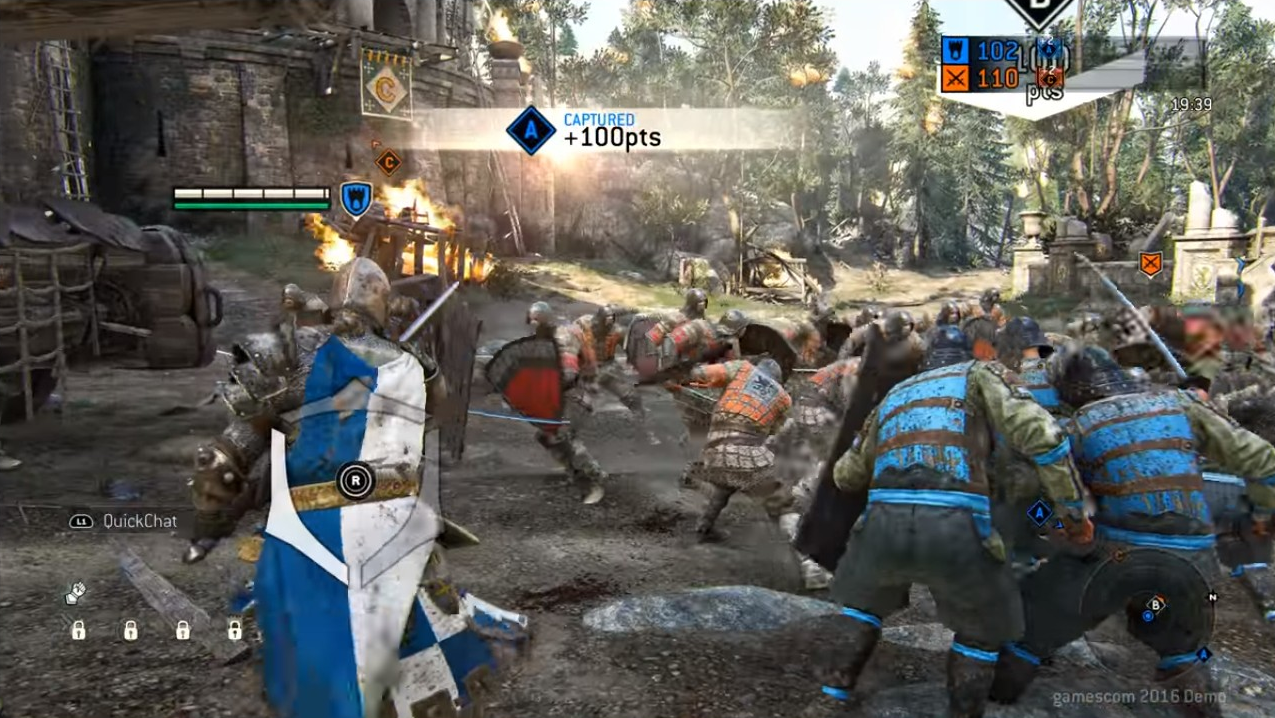 The 4v4 mode we played was a team battle based around capturing key parts of the map and controlling them long enough to claim them for your team. Points are awarded to players for killing enemies and capturing points, and whomever is in control at the end of the round is declared the winner. I would have loved to try out other modes, since I’m concerned the typical shooter modes contained within will eventually become stale and dull, especially with the limited number of maps available at release.

Regardless, I enjoyed my time with For Honor. It is a strange fusion of ideas that seemingly gel together enough to efficiently capture the brutal nature of ancient war. We’ll learn more about it when it’s released on February 14, 2017 for the PC, Xbox One, and PlayStation 4.

Shack Chat: What is your favorite PS4 game?
Login / Register