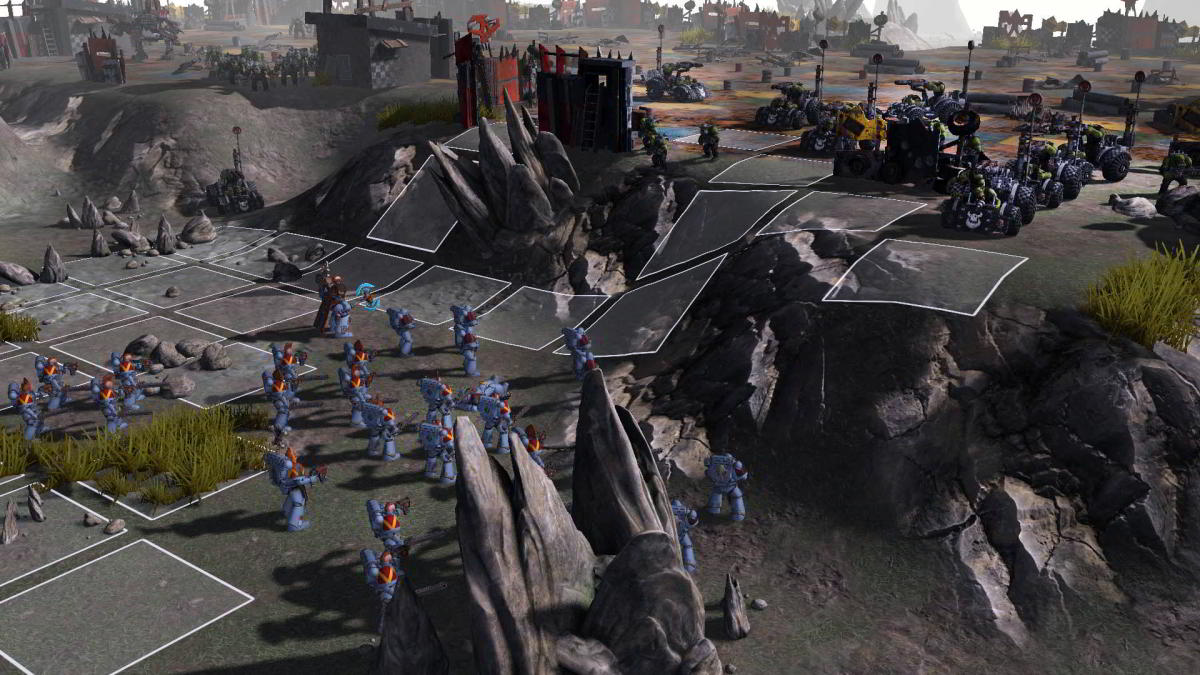 Games Workshop's Warhammer 40,000 license is getting lots of use these days, and another game has made its debut, this time with a turn-based strategy flavor.

Warhammer 40,000; Sanctus Reach focuses on the Orks pushing into Sanctus Reach, a system previous occupied by the Imperium of Man. With world after world being consumed by the savage beasts, led by Grukk Face-Rippa, the only world that is left is Alaric Prime, a Knight World that is the home of one of the most famous legions of Space Marines, the Space Wolves.

There will be two campaigns, one for the Orks and on for the Wolves, totaling more than 45 missions. Skirmish mode and multiplayer will also be available. Heroes include Krom Dragongaze, Ragnar Blackmane and the High King of Fenris, Logan Grimnar for the Wolves as well as e Ork bosses Grukk Face-Rippa and Mogrok da Mangla. Each side will offer 30 different units, and experience levels that will unlock new abilities.

The game is being developed by Straylight Entertainment and published by Slitherine, which had previous created the Warhammer 40,000: Armageddon game back in 2013.

The game will be available on Steam some time in November.