Telltale's games have always been an engrossing, occasionally gut-wrenching, single-player experience. But now, the studio is implementing a new feature called Crowd Play that will allow family, friends and even large audiences to join in to help make those decisions with you.

The feature, which was revealed at San Diego Comic Con, but has not been formally announced, is a culmination of something Telltale has observed over the years with its games, where people crowd around a screen and make suggestions on what the player should do or how they should respond to a question. "We wanted a better way to integrate that audience," Job Stauffer, head of creative communications at Telltale, told us. "Now, from two to 2,000-plus people can help the player make decisions."

"We are now turning all of Telltale's games into a live interactive multiplayer experience," he said.

At the beginning of each game, starting with the upcoming Batman title on August 2, players will have an option to turn on Crowd Play. Saying yes generates a URL that can be shared with people in the room. They then go to that URL on their phone or other device and log in, essentially adding them to the game. Unlike joining games via a server browser, only those with the specific URL can get into the game.

Crowd Play will offer two modes: one allows the crowd's decision to be the final say, the other allows the player to override the will of the masses. Crowd players will be able to choose one of the four dialogue options, which will then be tallied live in the form of percentages on the player's screen, letting the player know immediately what everyone thinks should be done. Crowd players will also be able to give thumbs up or thumbs down responses to various actions the player is taking, again offering more feedback to the player who wants to keep everyone happy.

As with previous games, players will also get a recap at the end of the game on how others have played and the decisions they made, but now with the addition of how the voting went in Crowd Play games.

Stauffer said that the feature was unveiled at Comic Con where the stage experience was supplemented by the audience participating in the action on stage. He said that the system will work for large group events like this, and is something Telltale plans to do more of in the future with its games. Telltale has liked taking its games on the road, such as the trip to the Alamo Drafthouse in 2014 with Tales From the Borderlands

He also explained that there is a potential for streamers to implement this as well, but right now latency issues make it more difficult, with the thumbs up/thumbs down approach being the most viable at the moment. But as technology progresses and latency becomes less of an issue, the full experience would work quite well. 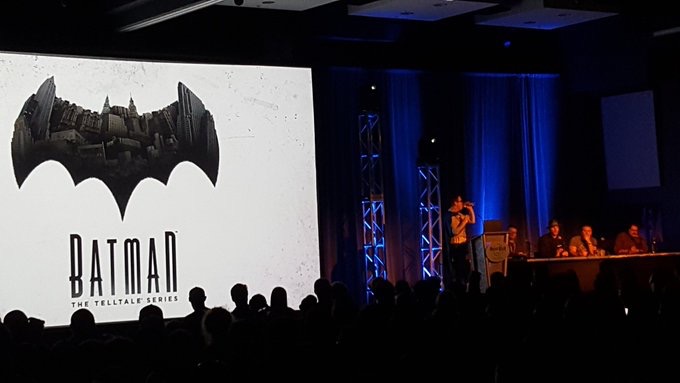