It’s only a few hours after breakfast, and already you find yourself running through hell.

Why? Because your beer has been taken by the denizens of the underworld, and naturally, you’ve pursued them to get it back.

That’s the premise of SEUM: Speedrunners from Hell, a fast-paced first-person runner fueled by metal and tongue-in-cheek humor.

The goal of SEUM is simple: get to the end of a level as fast as you possibly can without dying. It moves quickly, arms the player with only a few abilities, most of which are used to avoid the many dangerous traps and hazards spread throughout the many levels of hell. 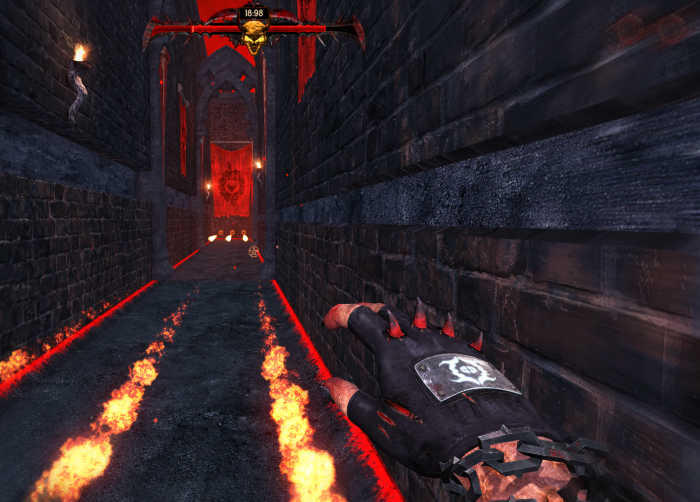 Among these abilities are fireballs, which are fired from the hands and used to activate switches and clear obstacles; Anti-gravity, which grants the user the power of flight; and a teleportation ability acting similar to a grappling hook.

Using these, you’ll jump through flaming hoops, over spiked pits, around incoming fireballs, and away from swinging blades threatening to remove your head from its shoulders, all within fractions of a second of each other.

Speed is key in SEUM, and everything about the game has been built to accommodate moving quickly and efficiently throughout. A quick restart button leds to a rapid death and immediate respawn, SEUM’s main character moves incredibly fast for a heavyset, beer-obsessed trucker, and leaderboards and success indicators present at the end of each level constantly taunt you to try and outrun your previous score in order to end up at the top of the brackets.

The humor in SEUM is on full display and gives the game a large portion of its personality. Whenever the player does a maneuver correctly, they’re rewarded with the character model’s visible hand throwing up the devil horns. The main character occasionally shouts profanities at the obstacles or challenges in his way, and hidden beer cans serve as secondary objective collectibles for an added challenge. When coupled with an energetic metal soundtrack, SEUM’s attitude is both infectious and endearing. 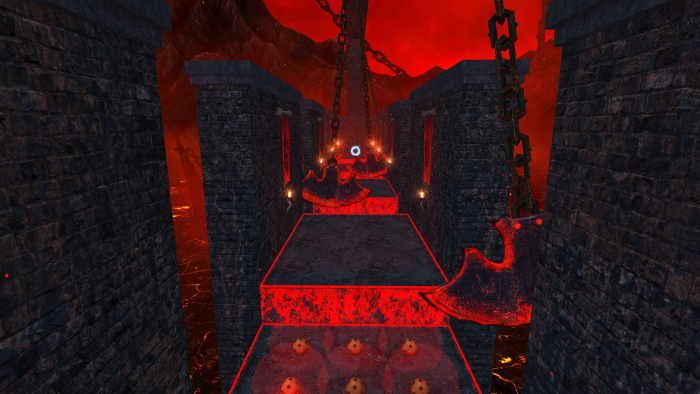 SEUM is a very straightforward game: run through a level, avoid hazards, activate the teleportation point located at the end. Wash, rinse, repeat.

But simplicity in design doesn’t mean bad. It means basic; there are very few layers to SEUM, leaving its creators to focus on honing and fine-tuning its few abilities as best they can to make it a well-crafted running game. It suffers from a few pitfalls, including the inherent jankiness in first-person platforming and some lower-res visuals. But the benefits far outweigh its seeming shortcomings, and as it stands, SEUM: Speedrunners from Hell is shaping up to be an easily enjoyable and frenetic challenge.

SEUM: Speedrunners From Hell releases on Steam on July 28, 2016.