Blizzard is planning to unveil "an unforgettable adventure" for Hearthstone on July 28, but be prepared for a late night if you want to watch the event live.

An invite to a Twitch stream is circulating, revealing that at 11 p.m. PT / 2 a.m. ET (July 29), something big is going to happen. The timing coincides with the ChinaJoy event, and Hearthstone is rather big there, so that explains the odd time for us statesiders. While we don't know exactly what will be coming, informed speculation has a new expansion centering around Karazhan.

Blizzard made it obvious during the reveal of the World of Wracraft expansion Legion that Karazhan would play an important role in fending of the new advance of the Burning Legion. And Medivh was just recently revealed as a new Hero in Heroes of the Storm. So the signing of the Hearthstone invite from an "old friend" promising "magic and celebration" seems to fit with the other clues.

We'll be watching the stream (well, Steve will be) and we'll update you on the reveal when it happens. 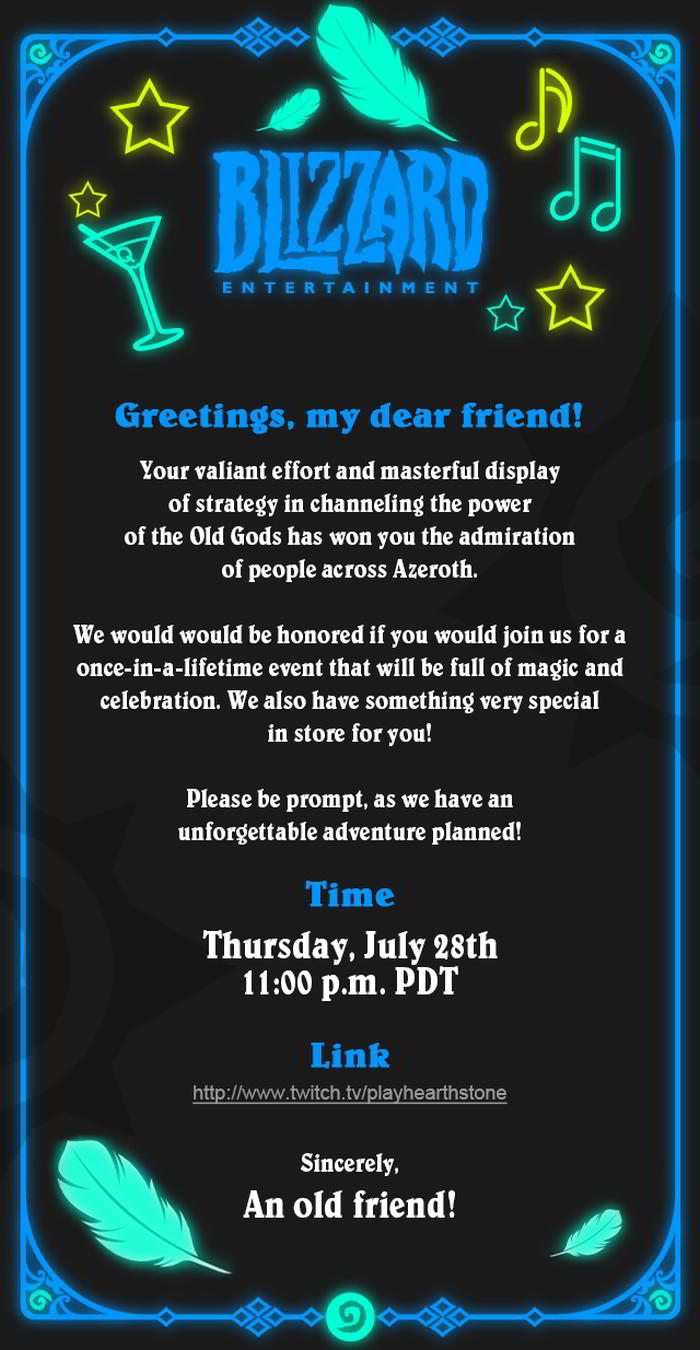