2K has announced a special, limited-run version of WWE 2K17 that will celebrate the growth and popularity of its NXT brand, called the WWE 2K17 NXT Edition.

The WWE 2K17 NXT Edition will include a copy of the base game, housed within an exclusive premium package, the Goldberg Pack, which offers a playable version of Bill Goldberg from both WCW and WWE and WCW Monday Nitro and Halloween Havoc arenas, and a bunch of NXT-themed exclusives:

The NXT Edition of WWE 2K17 will be limited to 50,000 copies worldwide and will be available on both PlayStation 4 and Xbox One for a suggested retail price of $99.99. 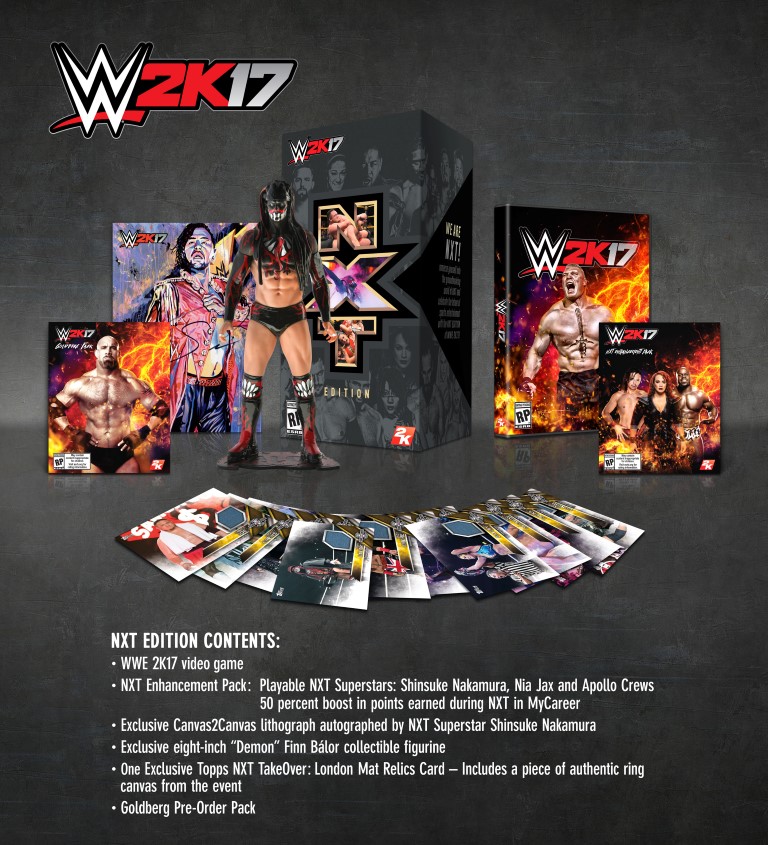