Furi has all the trappings of a Japanese-inspired mythical tale. At its center is a powerful, mysterious hero accompanied by a strange character offering sage wisdom as the hero combats several powerful enemies, sort of like the trials of Hercules. Set against a beautifully-designed ethereal world popping with color and vibrancy, it’s evocative and dreamlike, with a distant purpose swirling among its many parts.

But many of Furi’s ideas are a bit too obtuse for its own good. While intriguing, the story remains so vague it turns into little more than artful writing about distant, unrelated characters to whom I have no attachment, and thus, do not care. Its objective is simple; escape the prison in which you’re held by defeating several boss characters. Once you’ve done this, you’ll finally be free to walk out the door.

But to what? Why do I want to leave? How did I get there in the first place? And who exactly is this bizarre character wearing a rabbit’s mask like an off-brand Deadmau5? It’s never really made clear, and as much as I enjoy the atmosphere of it, knowing so little about this world and story causes the game’s focus to shift solely to its boss battles, for better and for worse.

Furi’s combat is built around trial and error. There are no other enemies in between fights; no cannon fodder, no collectibles or secrets to find. It’s merely me, the mysterious Donnie Darko-like rabbit man following alongside, and eight powerful characters holding unknown grudges toward the silent protagonist. 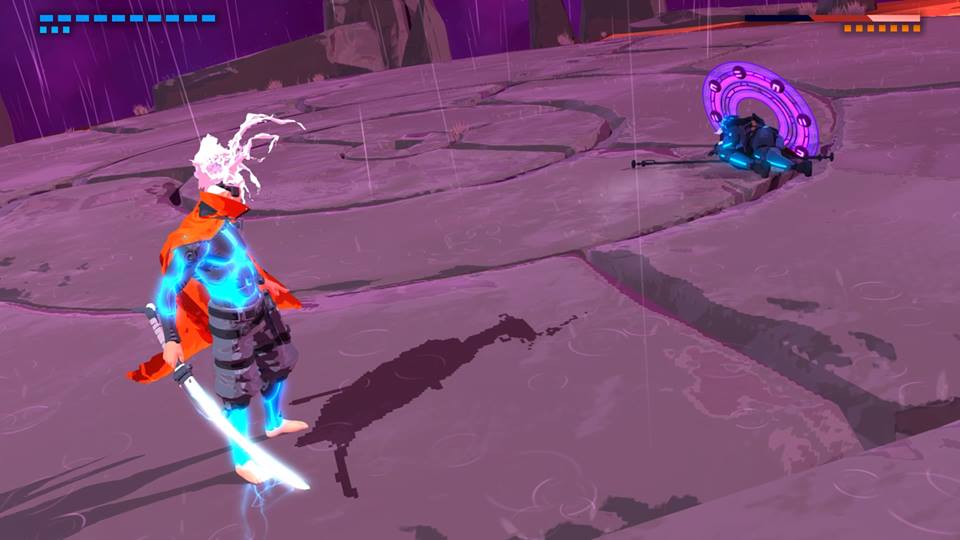 It takes a Punch-Out-style approach to combat, with nothing but one-on-one boss fights throughout the course of its four to five hour-long campaign. Every boss character has different attributes and attack patterns, and the only way to learn them is by engaging them and slowly learning their sequences of moves.

Because it features nothing but boss fights, Furi is difficult by design. Bosses have multiple lives that must be completely depleted in order to triumph, and many of their attacks require precise, intricate movements to both minimize damage taken and capitalize on their weak points. But there’s an unwelcome edge to Furi, a roughness that occasionally causes the game to oscillate from balanced and challenging to imbalanced and messy. 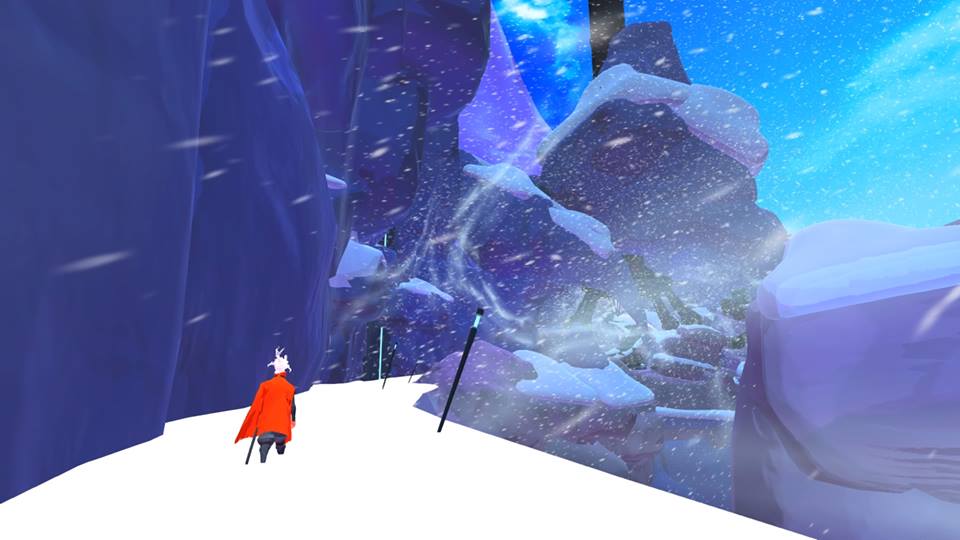 Furi’s combat controls are simple to understand, but the way they intersect with each other and with the enemy attacks are often difficult to fully grasp and leave the player stranded. A dodge mechanic has a charge capable of sending the player further and further distances away but never fully allows one to gauge exactly how far they’re able to go. Which is harmful when it’s considered that dodging is the only way to avoid taking damage from solid area of effect projectile attacks. Parrying requires absolute accuracy and precision to land within a half-second window, which left me feeling less skilled and more lucky every time I managed to time it right. These issues are amplified by the other positive aspects of Furi’s finely-tuned sword and gunplay, which did a great job of taking one up-close into a samurai-style showdown during the boss fights. Had I felt like I had my sword a bit more under control, things might have come across differently.

Once a boss has been defeated, the silent protagonist makes his way down a long, long stretch of land, building, or corridor toward the next enemy lying in wait. These long stretches are meant to build tension, much like the long walk from locker room to ringside for boxers. But instead, their plodding pace serves as a vehicle for Rabbit Man’s random mutterings and a lesson in tedious game design. There are no enemies, no other characters in the game aside from these ten. 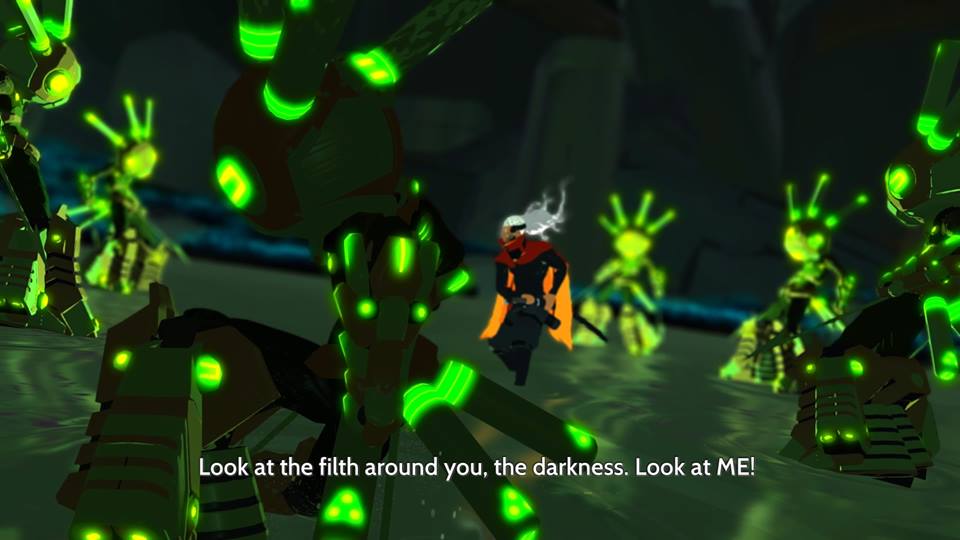 Again, I understand why. These stretches were to allow me to reflect on the previous battle and work toward improving my performance so I wouldn’t be immediately zapped by the next boss.

But walking in a video game is laughably dull, and having enemies to populate the spaces in between would not only provide an opportunity for players to hone their combat skills, (especially because there are barely any upgrades as-is), but also give the creators a chance to hone and craft a more meaningful world and give the player a little more necessary context.

Furi is good. Its fighting may occasionally lean on luck over skill, but learning a boss’ attack patterns and finally defeating them is a sweet sensation to enjoy. It’s beautiful to look at, has a pulsing, driving score underlying all of its action, and incorporates ideas of mythology wonderfully into a neat package. It’s unfortunate there’s little more to its seemingly robust world than occasional interactions and long, contemplative walks in between fights, because a more built-up lore surrounding its characters would have helped make it into something to be remembered.