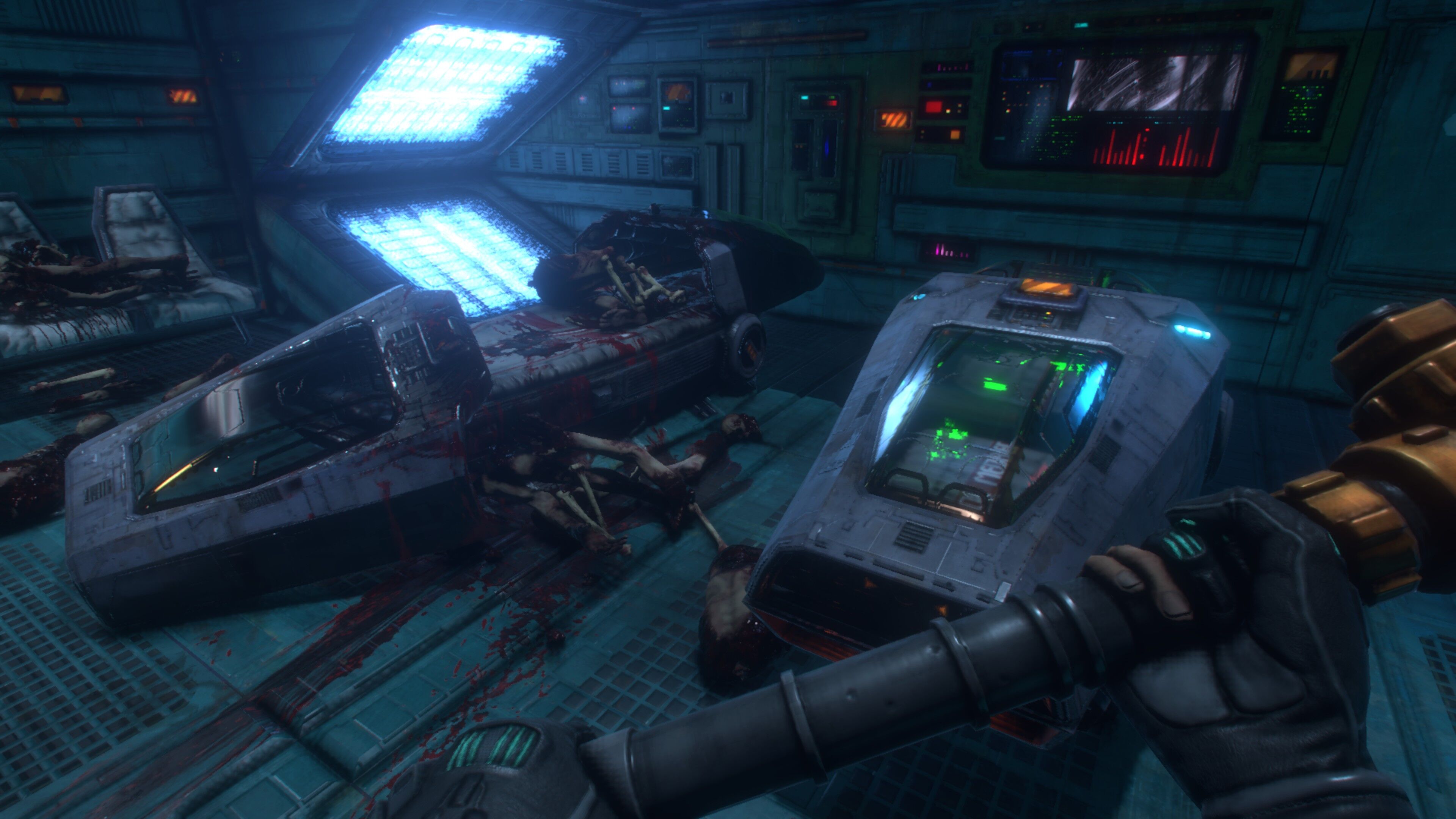 You Can Try The System Shock Reboot Right Now

If you're not playing the System Shock remaster alpha demo right now, you're just not doing life right.

Okay, maybe you didn't know. Night Dive Studios' upcoming excellent-looking redux of the original 1994 classic System Shock is live on Kickstarter now, looking to gain $900,000 in funding before it's unleashed upon the unsuspecting world. If you're not excited, you should be. I mean, look at this thing.

Some impressive talent is on board, and there are several tiers of exciting backer rewards to grab if you want to get involved, but most impressive is the fact that you can download and play the demo of some very early gameplay right now via the Kickstarter page, where the demo is avaiable to anyone who wants to give it a try.

To be clear, this is a reboot of the classic game with updates for modern gamers, including graphical, musical, and mechanical alterations. Terri Brosius, the original voice of SHODAN, was enlisted to re-record voice segments as well. And that's definitely something to get excited about.

Check out the trailer below.