Still a relatively new studio, Slender: The Arrival developer Blue Isle Studios have turned their attention onto a completely new project in an effort to further establish themselves and find a niche. But this time, they’ve traded horror for science fiction to create their upcoming game Valley.

Valley is not a horror game, but it does contain moments of tension and unrest. Taking place during an undetermined time between World War II and Present Day, it’s a game abut life, nature, and doing the right thing. 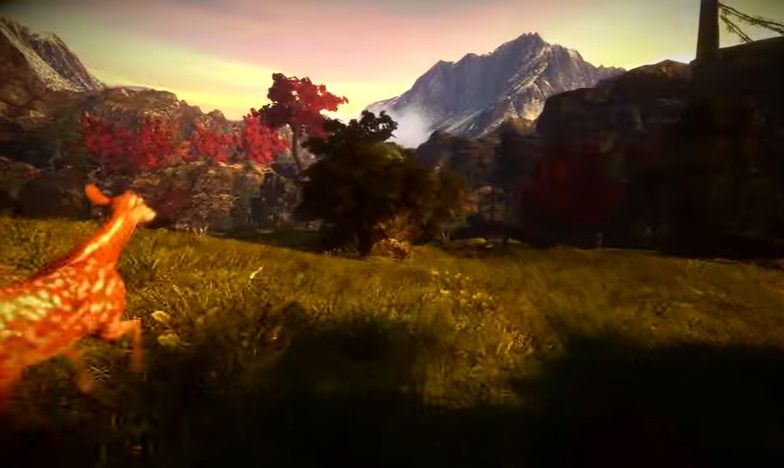 Valley's world is full of living creatures and plant life from which you can pull or restore energy.

It starts out with the main character pulling themselves out of the water and into a cave after flipping over and damaging their canoe. They’re searching for a mythical object known as the Lifeseed, an item with great power over nature. Basically, your role as the main character is similar to that of a young Indiana Jones, an adventurer seeking this item to prove of its existence.

Once washed up in the cave, I immediately notice something about the cave feels…different. Glowing mushrooms spot the walls, bright, wondrous music plays, and as you exit the cave, you’re greeted by a glorious mountain top view of the valley with small sprites wistfully gliding across the grass.

The main character’s thoughts appear in the form of questions and observations silently projecting on-screen, and the more you examine, the more you begin to unravel the twisted narrative of the Lifeseed and people who attempted to harness it before. 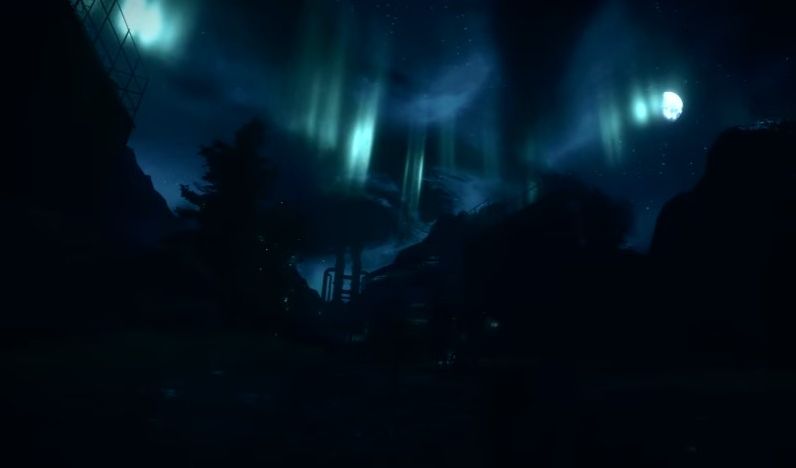 The Valley at night.

Your main source of interaction with the world comes via the LEAF suit, a crude exoskeleton prototype tested by military organizations and only used by a select few people called Pathfinders.

Using the LEAF suit allows the player to perform a number of tasks, including falling without injury, running fast, jumping long distances, grappling onto certain points, and running along walls using magnetized boots.

It also adheres to more conventional laws of physics, most notably its use of momentum to run faster down hills and jump further when timed right. This made room for moments where the player is airborne, soaring above the ground and taking in Valley’s gorgeous environment design just before landing without a hitch. Every movement in the LEAF suit feels heavy and deliberate, and being able to harness its weight and power feels supremely cathartic, even if it does occasionally fall victim to the awkward feel of first-person platforming. 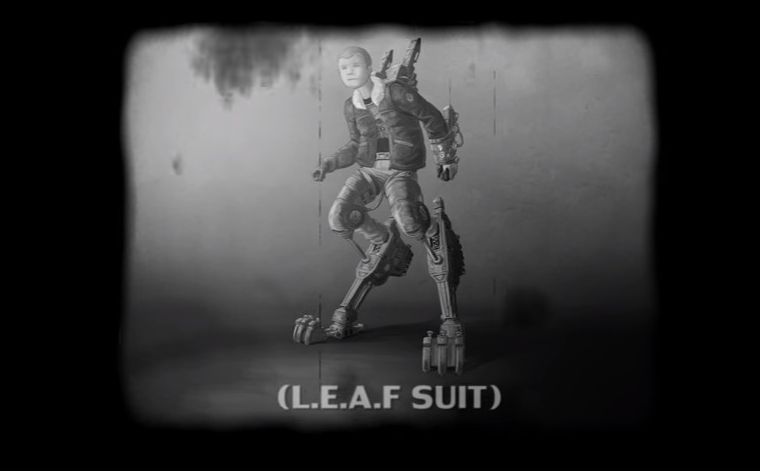 The LEAF suit’s most important function is its ability to harvest or restore life and energy to the environment surrounding the player. During their time with it, people will encounter corpses of animals, large, dead trees with thorny fingers, and even dead old moss and other hanging plants.

Taking away and sharing energy has its own purpose. The player is very much connected to the environment around them, and the health and vibrancy helps determine whether or not the the player will get to borrow life energy from the living things around them to come back to life after making a mistake and dying. Think of it like Sonic’s rings; collect enough, and any time you screw up you’ll be spared final death by other means. 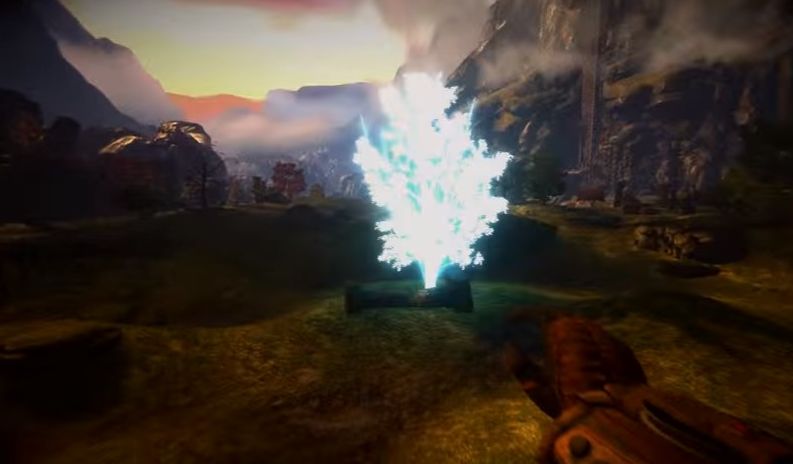 It also adds a layer of moral quandary, since many of the suit’s new functions require energy and it’s easy to lose control over. Thus, you can either pick up orbs of the energy—known as ‘Amrita’—or, you can siphon the life out of other living things to provide for your own needs.

You’re never pressured either way, making this a gorgeous, challenging adventure game whose beautiful vistas and haunting mystery make this a game I’m very much looking forward to playing on PC, PlayStation 4, and Xbox One later this summer.