Trends in gaming tend to the cyclical. Things reach a tipping point, blow up into popularity, reach a point of oversaturation, and slowly fade, lying dormant until they’re inevitably resurrected again.

Such has been the life cycle of the 3D platformer. It became a game changer in the early years of the Nintendo 64 era, showing off the early limits of 3D tech and spiraling into some of the most popular games available.

Now, they’re mostly dead, but we’re slowly seeing a resurgence. Lucky’s Tale released on Oculus earlier this year, The Last Tinker: City of Colors has appeared on multiple platforms, and Ratchet and Clank’s half-reboot, half-tie-in was much better than was anticipated by the community. 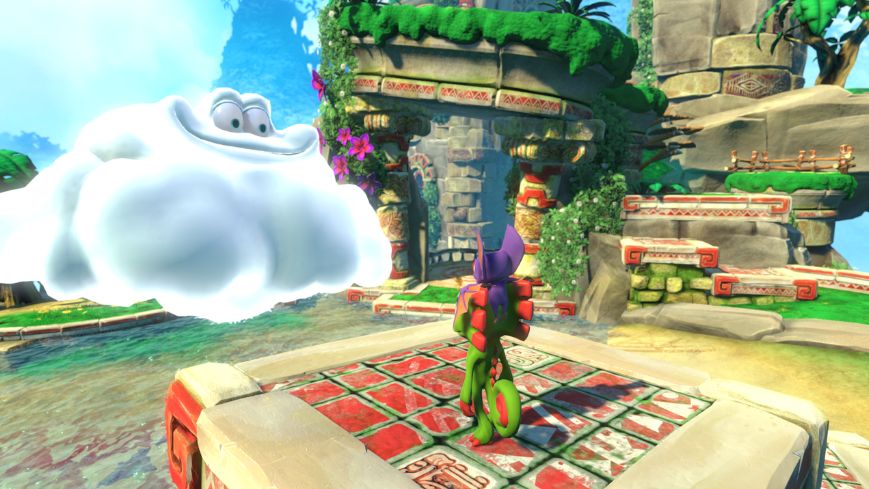 They’re all great examples of what’s possible with today’s tech, but Yooka-Laylee is a game I’m confident will help usher in a new wave of 3D platformers in today’s age.

Everything about Yooka-Laylee feels taken straight from Banjo-Kazooie and tweaked with modern ideas. Characters chirp and babble as they speak, the eponymous duo combine their abilities to defeat enemies, clear challenges, and solve puzzles, the world design draws heavily influence from many of the stages in Banjo-Kazooie, all the way down to honeycomb patterns laid out across the landscape.
This Is a very true-to-form 3D platformer, but the developers at Playtonic are working to differentiate it a bit from its predecessors by infusing it with modern ideas.

They’re calling it an “open world platformer,” filling each level with content and allowing players to complete objectives in whatever order they see fit. Levels can even be further expanded through spending Pagies, Yooka-Laylee’s main form of currency.

“We really want to highlight what we’ve done to upgrade the genre,” a Playtonic representative tells me during a hands-off demo. He first points out the way collectibles have been altered to better address the criticisms with having too many collectibles inside a game. 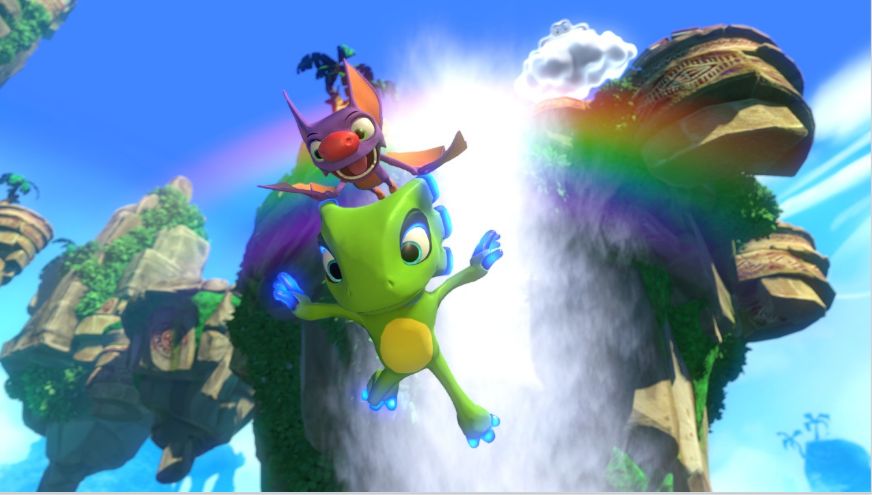 “We wanted to capture what was good about classic collect-a-thon games,” he said. To do this, they’ve pared down the number of collectibles and given the actual items more useful and beneficial purposes.

Some of the collectibles include butterflies for health and power, berries that alter the properties of Yooka’s projectile moves, quills used to make purchases, and pages to open access to and expand new worlds. Everything serves a deeper purpose beyond the ability to accumulate items as the ultimate goal.

Like Banjo-Kazooie or Super Mario 64, every level is accessed through a hub world and a portal and is full of characters chomping to get you to take on challenges and tasks in their stead.

It’s all very charming and quirky, even if it occasionally ventures into hokey territory, like making references to a cloud “relieving” itself during rainfall and a shopkeeper snake known as Trowzers. Is it so egregious as to ruin the moment? Absolutely not. It’s just a unsightly juvenile spot on Yooka-Laylee’s otherwise gorgeous, vibrant package.

SMall missteps aside, Yooka-Laylee seems like a great little nod at nostalgia that takes the lessons of its history and twists them inside modern game mechanics and philosophy. It’s alive and fun, filled to the brim with activities and never shying away from brilliant colors, lovable characters, and nostalgic notes with an idea for how it could get this whole 3D platformer genre started again.