At one point during my time with the Injustice 2 demo, I executed Supergirl’s special attack and unleashed it on the hulking Atrocitus. With a burst, she sent the Red Lantern flying into space, looping around the sun, then colliding with an asteroid. With a well-placed blast of heat vision, she destroyed the asteroid and sent Atrocitus crashing back down into the stage, along with a nice spray of asteroid chunks for good measure.

This was far and away my favorite moment in the demo I played, because it served as a great example of how immensely savage and enjoyable Injustice 2 seems to be. 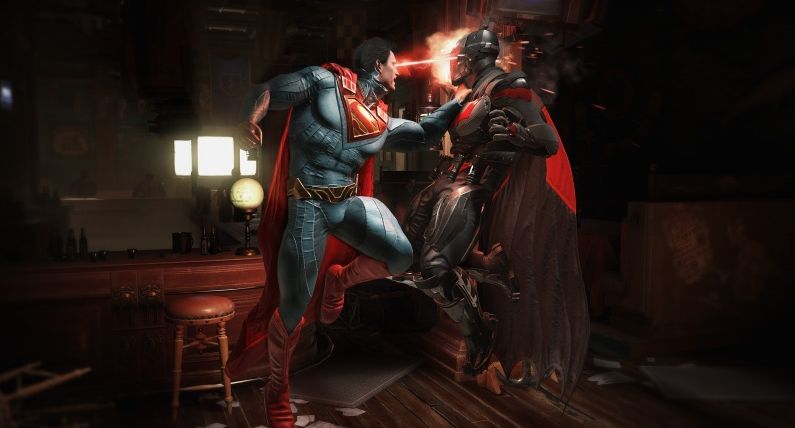 Those who played Injustice before will recognize many returning elements. Super meters and interactive environments are back, along with a host of new locations, characters, and costumes for every hero.

Costumes especially are an important new element, as new pieces are unlocked sporadically after the end of player matches. Ranging from capes to chest plates, these items provide individual buffs including tweaks on damage reduction and a player’s resilience.

My biggest takeaway from Injustice 2 is how much it embraces and embodies the brutality and intensity of a fight between two super-powered beings. Every blow traded between characters strikes with brutal accuracy and impact, and each character’s special combines such intensely violent and powerful voracity that it’s hard to not feel massively powerful and dangerous, like a demigod in a codpiece and cape.

It’s definitely more violent than the original Injustice, and the ferocity of the combat is reminiscent of Mortal Kombat X, albeit with much, much less gore. It’s satisfying to play, exciting to watch, and very promising.