Minecraft has always had elements of LEGO in its DNA. A large, highly interactive world filled with blocky and customizable terrain, exploration, and the ability to build whatever one wants.

In Lego Worlds, the dream of Minecraft is realized in a sea of small plastic bricks.

It's essentially the same type of game--randomly-generated worlds, fully destructible environments, and diverse terrain make up the sprawling biomes in which players can explore and create. 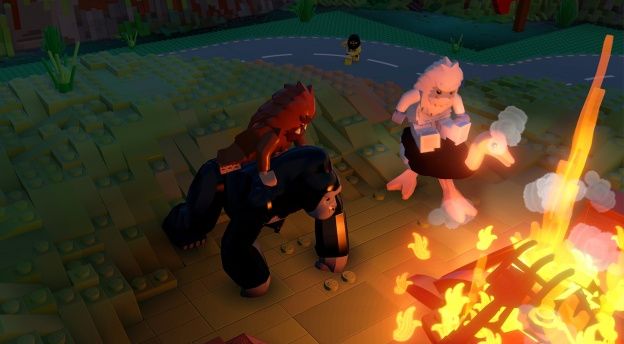 Perhaps the biggest differentiating factor, however, is Lego's willingness to completely dump out every possible piece, tool, and option on the proverbial floor and allow players to do what they want, however they want to do it.

During my time with a hands-on demo, I wandered around two differently-styled worlds destroying terrain, driving vehicles, and even flying around on a dragon while obliterating buildings with carefully-placed fireballs.

Virtual any animal, vehicle, toy, and tool can be dropped  into the world, from a massive drivable auger to a clever and fun grappling hook capable of transporting a player rapidly over long distances.

There’s really no rhyme or reason to Lego Worlds. And while that could be taken as a negative in any other context, it really works in Worlds’ favor. Having a completely open opportunity to create and engage with anything and everything opens the floodgates for people to create their own experiences a la Minecraft. 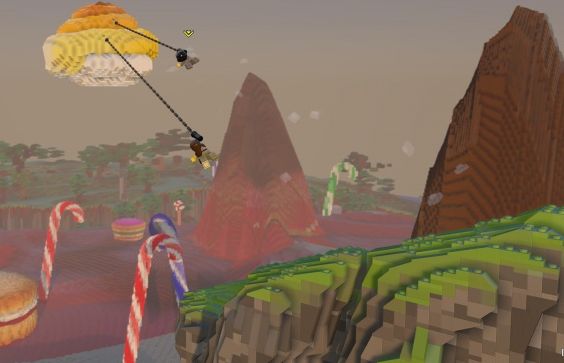 During the demo, Worlds was described to me as a virtual Lego pile, a completely open creative field where players can crate anything using the multiple building tools, items, spawn options, and their own creativity.

There’s a chance this works against Worlds in some capacity, however. Having complete and total freedom is a definite achievement, but it’s also possible too much freedom causes it to devolve into an aimless open world with no direction or purpose.

However, it is still technically in early access on PC, and developers have plans to add new objectives and features over time as they continue to put it together. We’ll know for sure when it releases in full, but until then, I’m mostly positive about how bizarrely open and inviting Lego Worlds could be.