E3 2016: Xbox One Slim leaked in promotional image ahead of Microsoft's reveal

While we’ve heard reports and rumors circulating regarding the Xbox One Slim, it appears its existence may have just leaked ahead of Microsoft’s official reveal tomorrow morning.

A NeoGAF thread popped up this afternoon teasing a partial image of what appears to be the new Xbox, which is being called the Xbox One S. Soon after the partial image was teased, another member found a full promotional image for the Xbox One S, which says is 40% smaller than the original Xbox One, features a 2TB hard drive, supports 4K Ultra HD video, a vertical stand, and a more streamlined controller.

The Xbox One S, as you can see from the promotional image is all white with one side of the console being completely smooth, while the other half has a texture to it. The bottom portion of the console has a black bezel that an IR port located on the right side, while a single USB port can be seen on the left side.

As of now, it’s unclear whether or not this is what Microsoft is planning to announce tomorrow. Although considering all of the reports we’ve come across over the past few months, we can’t help but think the company’s big Xbox One Slim reveal has just been leaked ahead of time. Expect to hear more about the Xbox One S during Microsoft's press conference tomorrow morning. 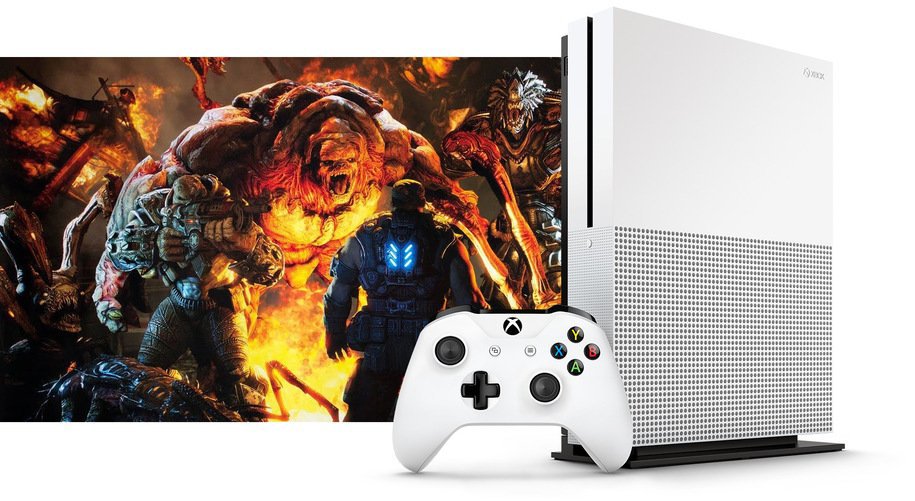