Playtonic wrapped up its Kickstarter campaign for Yooka-Laylee, the 3D platformer designed as a spiritual successor to Banjo-Kazooie, last June. The developer has been quietly plugging away since then—until today, when it raised the curtain on details... in a new post titled, appropriately, Raising the Curtain.

"'The next time you see Yooka-Laylee,' we said, 'we want it to look representative of the final target we're shooting for,'" the developer wrote. "Well, here it is. Today – finally – we're revealing a few of the star performers from our Yooka-Laylee coming out show; an all-new cast of characters from the Playtonic Universe, a deep story to discover, a roster of irresistibly shiny collectibles to seek out and huge, stunning worlds to explore."

There's a lot of exciting info to sort through, so let's start at the top. Since last June, Playtonic has triple in size, moved into new digs, and kept its collective head down to crank on Yooka-Laylee. Today's update is the first in a sequence of reveals planned for the next few weeks.

Playtonic moved into story details, such as Yooka's and Laylee's quest to seek out "magical Pagies" needed to plumb the secrets of the Grand Tomb. You should expect these story details to unfold over several games: Playtonic's goal is to create a cast of lovable characters and narrative that carry over from game to game. 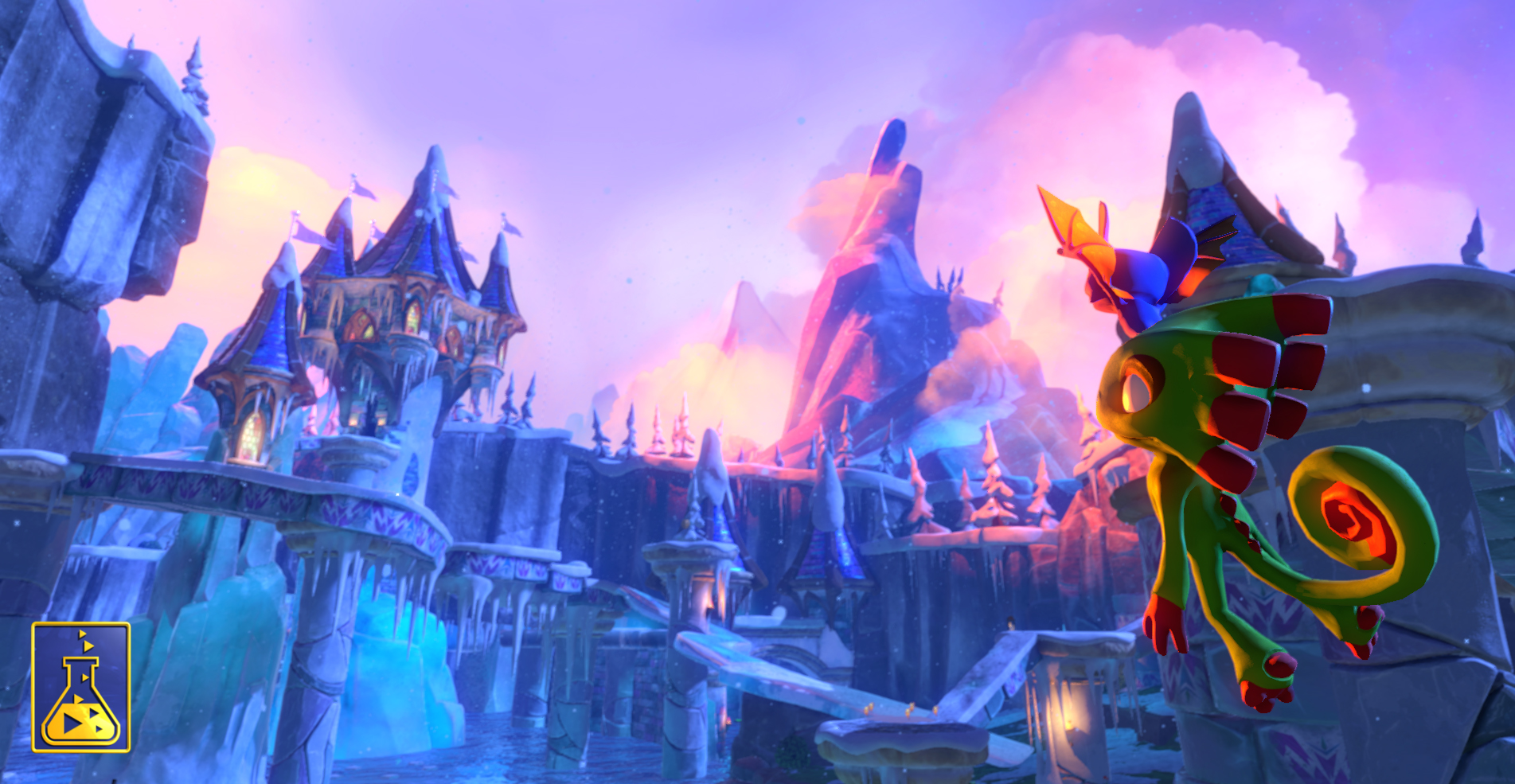 Given Playtonic's pedigree, you can expect lots of items to collect in Yooka-Laylee. Not only will items be collectible, they'll offer flavors of gameplay progression, such as the Tasty Butterfly Energy to heal you, and a power meter that facilitates more platforming and less resource management.

Quills, another collectible item, function as currency for in-game moves. There's a large degree of open-endedness to Quill-purchased moves, too, as Playtonic said you'll be able to choose moves in any order you like rather than following a tech tree-style of progression.

Playtonic wrapped up their info dump by dishing on the Toybox, a standalone experience tailored to Kickstarter backers who pledged to certain tiers of the game. More specifically, Toybox is a standalone sandbox area where players can mess around with Yooka-Laylee's platforming mechanics without spoilering story details.

Backers who pledged $32 or more will get to play in the Toybox this July.

Despite divulging so many details, Playtonic stopped short of one crucial piece of info: a release date. The developer assured fans that it's working toward the projected October 2016 window, however.