Battleborn Tap is the under-developed, underserved younger sibling of Gearbox’s new hero-driven shooter Battleborn. It attempts to be a tie-in with the new game, a smaller mobile experience allowing you to quench your assumed Battleborn thirst in the unfortunate event you have to step away from your computer.

The result? It’s actually just an aimless idle game rewarding players for not playing at all.

It begins with just the player and an open field. Insect-like creatures leap onto the screen in waves, with one filling the place of another immediately after one dies. The player taps, and a magical laser fires at the creatures. When they die, small golden shards burst out of their corpse. 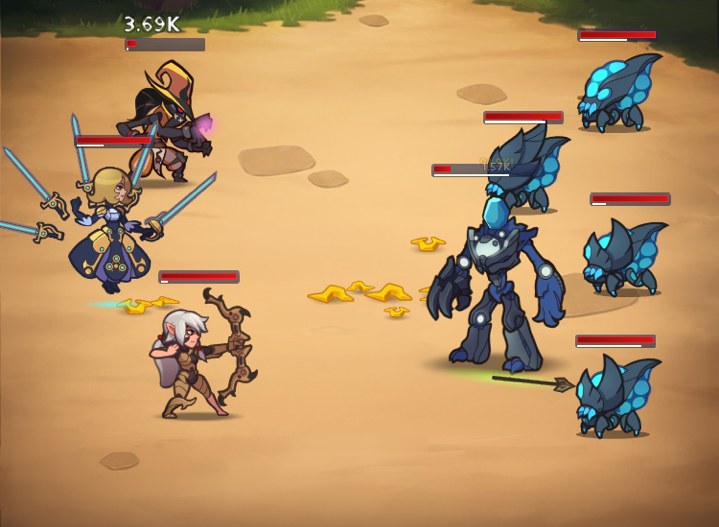 The entire conceit of Battleborn Tap is built around these shards. They’re collected through killing these creatures, and then used to purchase new Battleborn heroes to release onto the field.

Battleborn’s heroes join the field the moment they’re unlocked, each bringing with them a set of unique abilities and stats. A second type of currency – known as Credits – can be used to purchase boxes containing gold shards and items to be equipped to specific characters. These items provide different boosts and bonuses to each individual hero, all of which are used for the singular purpose of collecting gold.

It’s basically Cookie Clicker, with every part of the game being designed to farm an insatiable amount of gold shards and unlock achievements to earn credits. The player can help the heroes fight endless waves of enemies by tapping and upgrading the damage of their hits and the attacks of each individual character, which in turn leads to faster creature kills and faster shard drop rates. 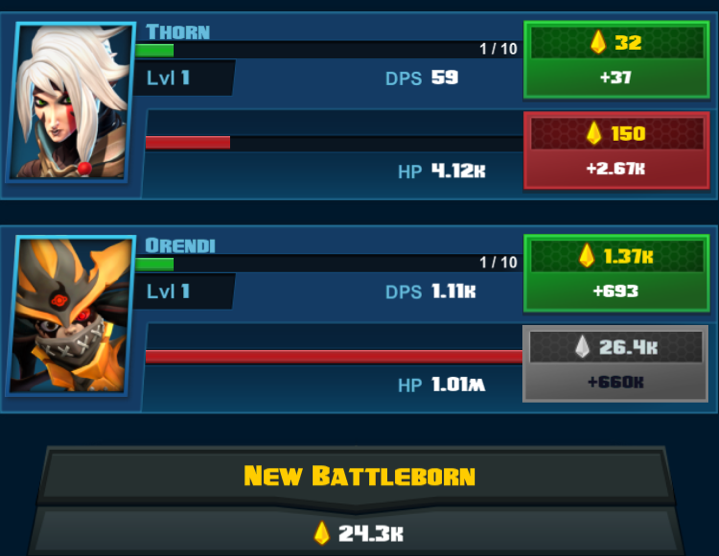 The best part is how inessential the player is in all of it. Aside from purchasing heroes and upgrades, the player could very literally shut the game off and it will still endlessly farm gold shards with or without direct player input. You can check in periodically or sit and tap on the screen until developing carpal tunnel. The game doesn’t care. It’ll just keep mining and mining in an endless quest.

Games are products, and products are made to make money. I understand that. And because Battleborn Tap is a free download, it has to include certain elements in its design that will drive players toward generating revenue. The problem is in how it does so. It relies on the most exploitative of free-to-play mechanics, implementing multiple currency systems, driving up rarity, and making content difficult to reach without forking over money. It’s not something I would gladly put money into. It’s a holdup, a thing demanding more of me than I’m willing to give in order to keep playing it. 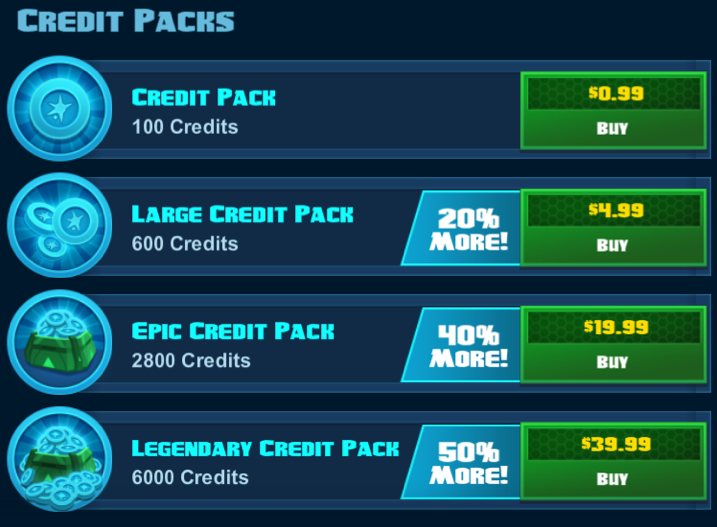 Probably the worst example of this is in the prices for heroes. Unlocking and adding a new Battleborn to the roster is arguably the best part about playing, but the unlocking price rises significantly every time a new hero is purchased. The first cost 30 shards, then 825, then 24,300, then 82,100,000. Shards drop quickly in the beginning, but the sheer escalation of these prices sends a very clear message. You want to unlock more heroes and items? Better buy up some credit packs.

The worst part is, it’s not wholly terrible. The smaller, sprite-like versions of the Battleborn characters are cute, it’s visually pleasing, and I won’t deny tapping to collect gold shards was satisfying. But that satisfaction delivers diminishing returns when I realize I’m essentially being hustled by a game that doesn’t care if I play it or not. 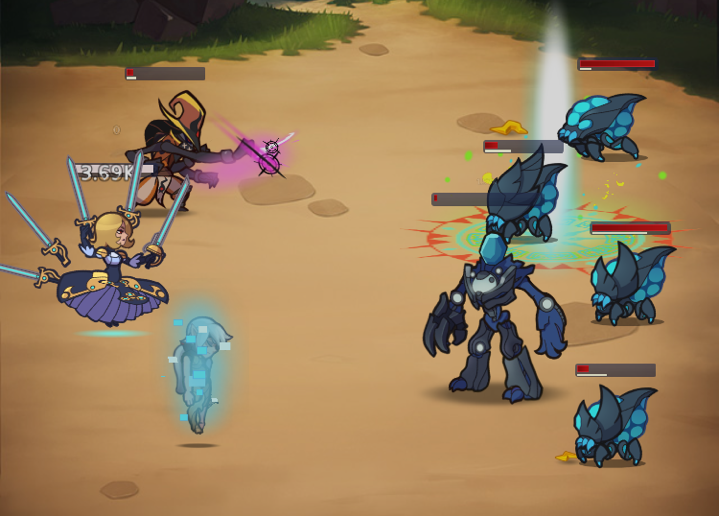 I understand the weird appeal of clicker games. Adding upgrades and purchasing new items to see numbers continue to rise is oddly mesmerizing, and checking back in to see how much gold you’ve accrued over the space of several hours will make you feel like you’re winning at something, if for no other reason than numbers increased and there are flashy notifications to tap. But if you’re constantly going in circles, always finding new reasons to farm and spend gold with no end game in sight and gross mechanics that gradually stack against the player until certain elements are impossible to obtain, it’s difficult to see how you’d be winning anything at all.