The Xbox One Slim and a new Xbox One may have leaked a few weeks ago, with many believing they’ll debut during E3 2016. Today, we’re learning something called the “Xbox One II” has entered mass production in February 2016, which would give some more credibility to these rumors as Microsoft could very well prepare to announce and launch its new products during E3.

We believe the Xbox One Two is a codename for Microsoft’s Xbox One Slim as it seems way more likely the company would launch a smaller version of its current-gen console than launching an outright new console in the middle of this generation.

One area that seems the most interesting is the weight of what we believe to be the Xbox One Slim, which according to the leaked document, claims it’s between 600 ~ 800g, which means it’ll weigh less than 2lbs. Considering the current Xbox One weighs a little over 7lbs, this would be a huge improvement, although we admit we could be completely wrong about this and this could either end up being the weight of one of its components or the weight difference between it and the old console.

We should also note the expected capacity of the production of the Xbox One Slim appears to be 400,000 units per week, which means 1.2 million units could be available in a month. If Microsoft does plan on announcing and releasing the Xbox One Slim during E3 2016, it could have nearly 5 million units ready to be sold considering the document says it started mass production in February.

We’ve reached out to Microsoft for comment and will update this story accordingly. 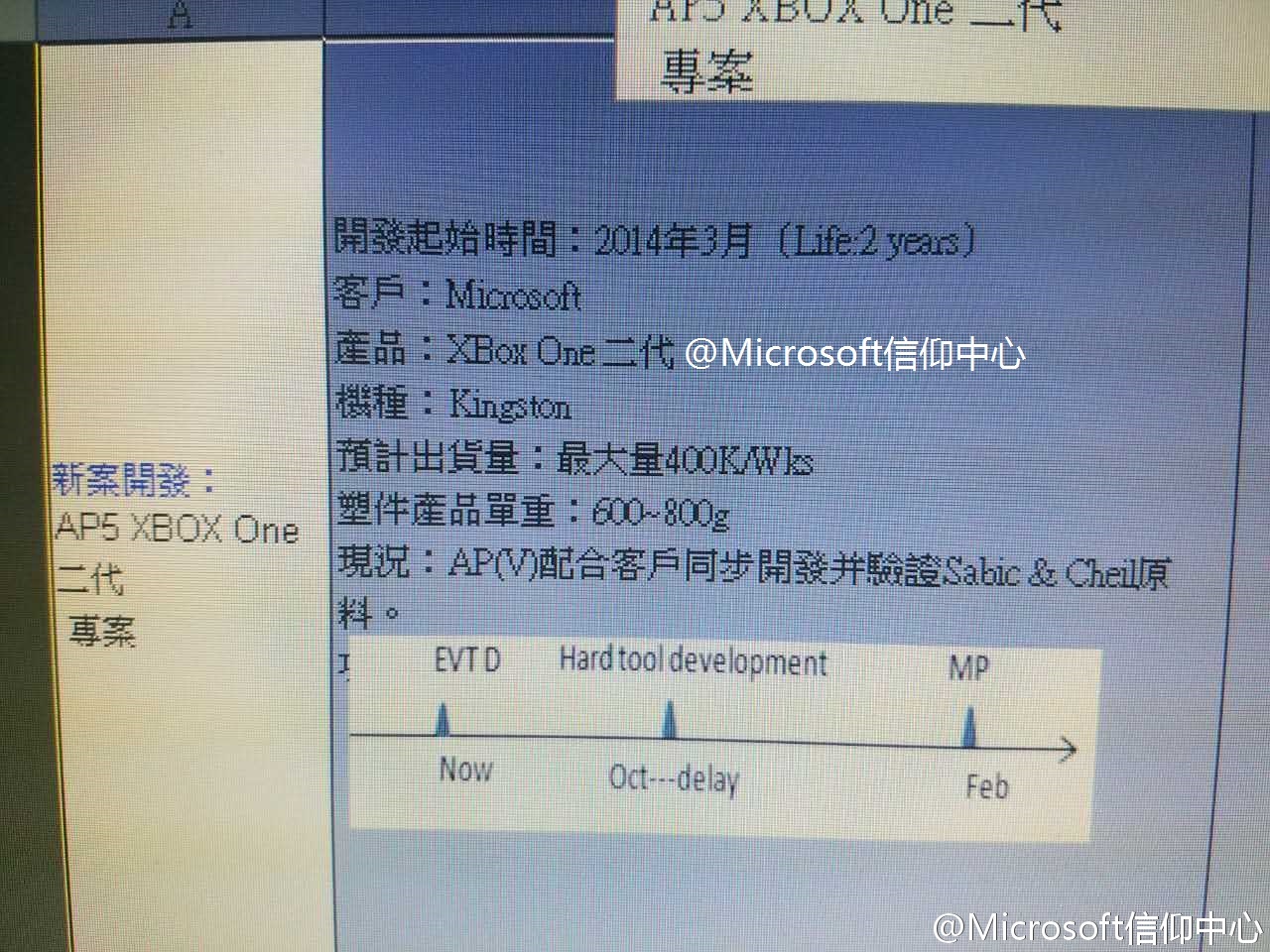