Stories: The Path of Destinies Review: Resetting and Rereading

Stories: The Path of Destinies is a playable and ever-evolving Choose-Your-Own Adventure book. It relies heavily on multiple branching decision points, presenting the player with a variety of options and giving them many different endings to experience with the option to start over again. It is so built around this notion that the endings become actual collectibles in the game. They’re tracked within a book, logged away and unlocking new elements to explore in the story by running through it again, and again, and again. It mostly works, coming together as an inventive take on branching narratives with a few unfortunate choices causing hiccups in the story's flow. 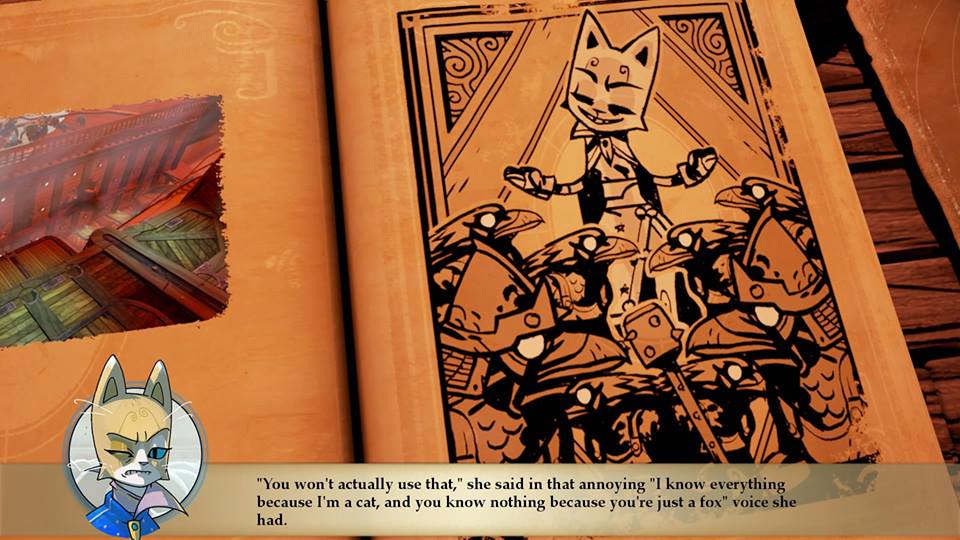 In Stories, you fail, you learn, and you fail again in an ever-repeating pattern. Much of the story will result in failure until players are able to navigate the story’s best possible outcome, and going back in to try for a different ending will allow players to meet new characters and travel to new places. It has endings that aren't really the end. The ability to explore all of them based on the decisions made in a previous thread takes some of the finality out of an ending, meaning the failures aren’t likely to sting as much.

Stories centers on the rougish Reynardo, an ex-fighter thrust back into the fray of battle when the emperor begins sacrificing citizens in dark rituals to awaken a host of ancient Gods. In an effort to save the world, Reynardo will be given several options from the start, including visiting friends for information or chasing down powerful weaponry to be used later by the Resistance. Every story yields new information about the world, whether it’s the secrets of a new environment or the potential threat an ancient weapon poses to the fabric of the universe. Once you’ve completed a run, it’s best to take this newly gleaned information and apply it to make different choices and steer the narrative in a new direction. One play through is typically anywhere from thirty minutes to an hour, and they start off around where they ended in the previous run, side-stepping the potentially tedious pitfall of backtracking. 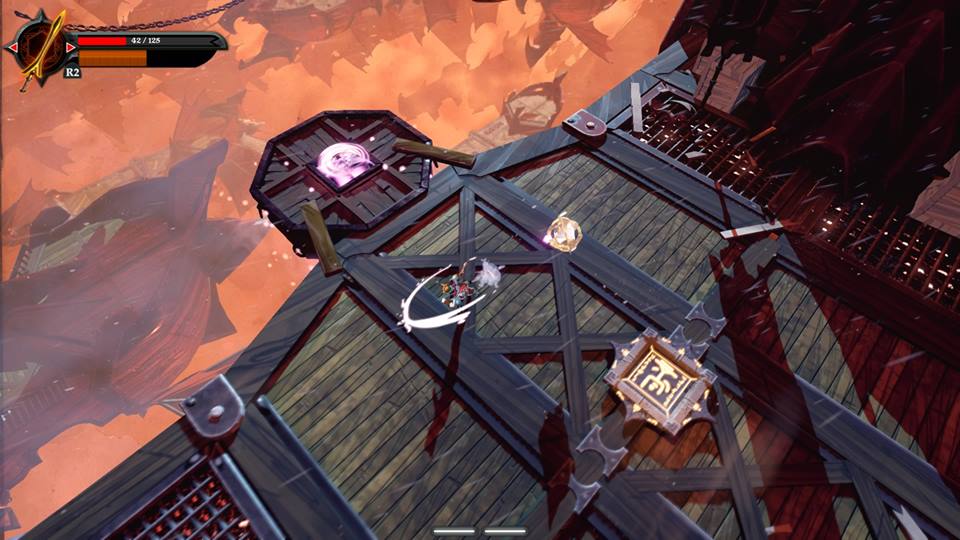 The system made me recall the old days spent reading CYOA books and keeping a finger on the previous page when making a decision just in case there was a bloodthirsty Polar Bear in the ice cave or a cliff to mistakenly fall off of while exploring the mountains. Once that happened, I knew I couldn’t’ t make the same decisions again and expect a different outcome. Instead, I used deductive reasoning and eventually parsed out a way to successfully complete my adventure.

Bringing this to life in the pages of a virtual story book is a nice evocative touch, but one core element frequently hinders the impact of the narrative: the plot itself is hacked apart and shuffled haphazardly as to make the actual overall story a mess of names, places, and out-of-the-blue all-powerful weapons. Context is slowly gathered and understood over time, but its insistence on introducing new characters at such a rapid rate never allowed me to fully appreciate the individuality and motivations of each character before ushering them off Stage Right and promptly replacing them with another. Worse, I never felt any impact when characters met a bad end, because I'd never grown attached to them or had any reason to care about their fate. Merely being told of Reynardo's affection for someone is a poor way of connecting a player with a story's characters. 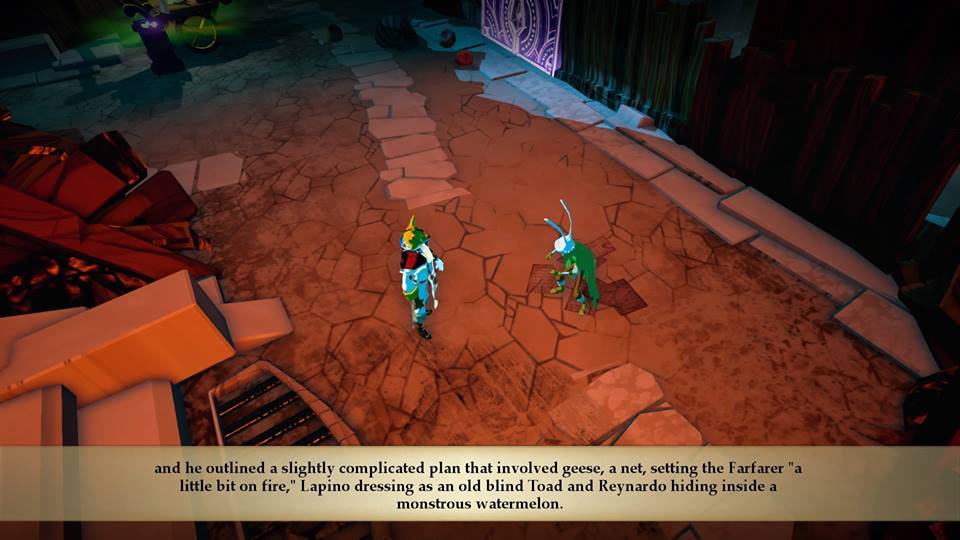 It is sometimes painful to watch, because the amount of care put in this game on the behalf of the creators is impressive. They’ve crafted a stylized, fantastical world lit with bright, airy colors, set on environments floating suspended in the clouds. The vistas are beautiful, combat animations are well-crafted and convey a menacing weight to the hero’s sword strikes, and a dynamic fantasy soundtrack gives the world a magnificent amount of magical atmosphere.

Combat encounters are built in a standard isometric format, usually involving a cluster of enemies with varying strengths and abilities. They’re merely serviceable on the whole, and slightly improved by the presence of multiple enemy types within each encounter. It also carries light RPG mechanics, including a skill tree to unlock new options for Reynardo to use in combat, like a dash ability and the chance to double the damage on a counter attack. All of the skill tree upgrades are rudimentary, building on one another in ways like a simple dash becoming a melee attack or raising Reynardo's health capacity. I especially appreciated the way the story addressed combat upgrades as Reynardo recalling fighting skills that had gone dormant. 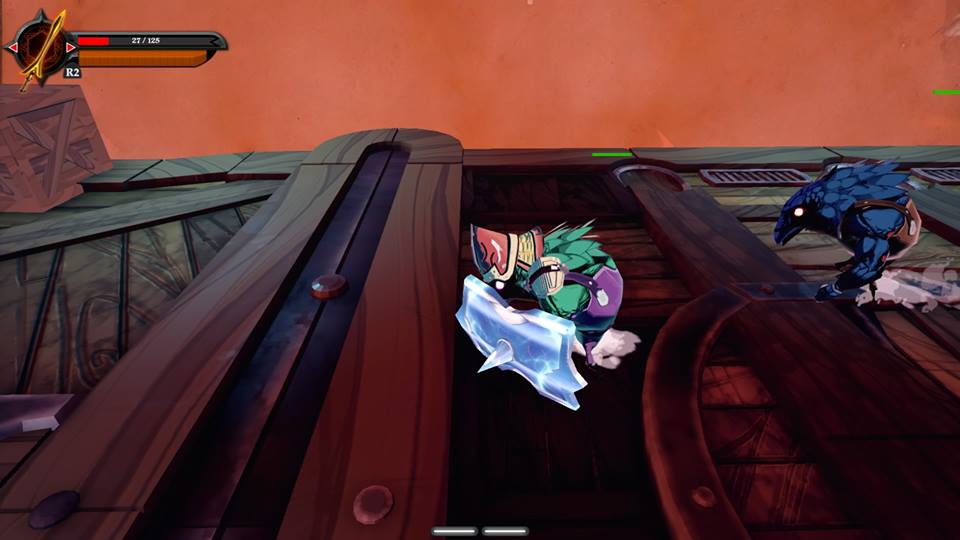 It even includes Metroidvania-flavored element to Stories by way of doors that can only be unlocked when a player has used one of the many weapons crafting tables scattered throughout the world. Through these, the player can augment their existing sword using elements such as fire and ice. Behind these doors are items to collect and use in future weapons upgrades and little else to see or do, meaning exploring is a good idea, but not necessarily imperative to success. It's not a hinderance on the gameplay, but it doesn't add much to the experience, either.

Most of Stories: The Path of Destinies is hinged upon the idea of discovering the best possible outcomes of its story, no matter how nonsensical it may be at first. It’s a clever way to build a narrative, because it’s built around the assumption one will fail multiple times while still retaining useful knowledge to apply in a different run. It’s hard to "win," but one can do a little better each time. It’s only a shame the story itself wasn’t more cohesive and tightly more constructed as to join the rest of Stories’ strengths.

This review is based on a download code provided by the publisher. Stories: Path of Destinies is available now, for $14.99. The game is rated T.